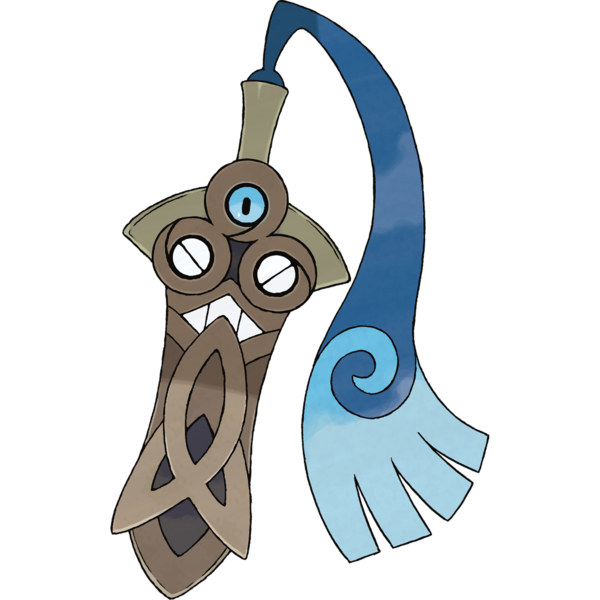 You know I'm a pretty big fan of animate object pokemon, and in fact, I'm even pretty fond of sentient swords and sword-creatures...but, for whatever reason, this ghost/steel may be one of the very, very rare cases in which I can actually kind of agree that a Pokemon doesn't really "feel like a pokemon." I don't know why, exactly, except maybe there's just something about a sword pokemon that I find less compelling than a chandelier or a lawnmower or some garbage.

Maybe it's also just that the sword itself is SO plain and ordinary when it's out of its scabbard. The scabbard ends up the only meat to this design, with its own little face and even the illusion of "teeth" when the blade is in its sheathed position. 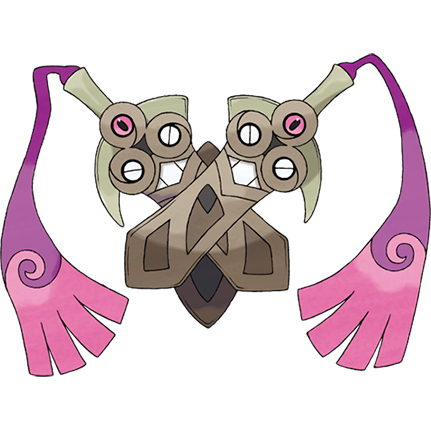 Even as an advocate of Dugtrio, Klinklang, Vanilluxe and Magneton, I also feel that "Doublade" is a really bland idea and just wasn't needed at all. This line would have been fine with only two stages, or better yet, a shield for the second stage, almost acting like a "pupa," right? 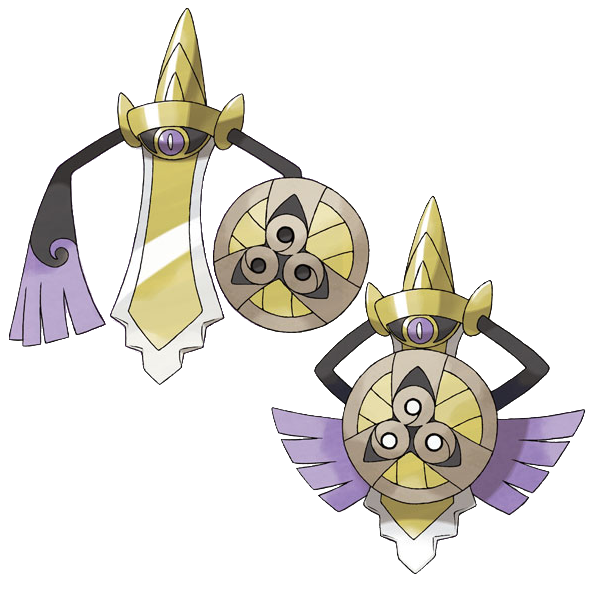 So, the final "Aegislash" is a tad more interesting with the addition of its shield and its second arm, looking a bit more like a complete "creature" of sorts, but I still feel like this design could have been a lot more interesting. It's cute that it kind of acts like a "knight" itself, alternating between offensive and defensive stances, but I feel like it could have used just ONE more conceptual element, one more "twist" or "hook" to set it apart from all the other animate swords out there.

What if it were made of bone, with skeleton limbs? We sorely need more skeleton-oriented pokemon. What if it "drained energy" and had some bat-like elements, so it was a vampire sword? Maybe it could have been the head of some ghostly bird, or maybe its shadow could show a spectral figure wielding it by the hilt? Something. Anything.

I know I've liked pokemon that were "just" some hovering gears or "just" a big snowflake, but those were also fairly unexpected things to turn into monsters. Aegislash is something I've seen many times before, and I'd have just expected pokemon to do a little something new and different with the trope, you know?

At least the pokedex has some fun again, informing us that these spooks used to seek out powerful kings to be their trainers - and presumably wielders - only to slowly consume their souls. Neat! Still not a design that really grabs me, though.

It still gets a three because, hey, it's a haunted sword with an eye. That's still neat, either way.