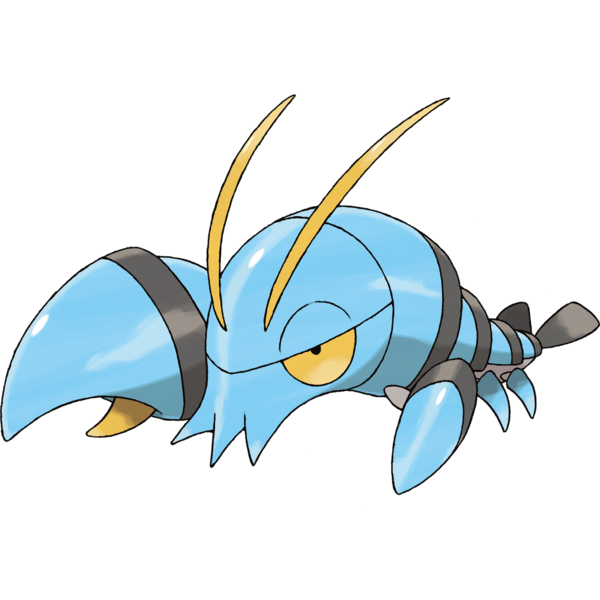 This is the very last aquatic animal or even water type in the X and Y pokedex, but they were on FIRE with the marine biology, weren't they? First a bioluminescent, upside-down squid, then a terrifying Voltron of murderous barnacles, then an elegantly creepy, acid-breathing algae dragon, and finally, a snapping shrimp, an animal I'll just let BBC Nature explain:
What we have here is a real, actual anima with a bona-fide "superpower," using its enormous claw to turn sound and vibration into a weapon. All Gamefreak needed to do was copy-paste this ready-made monster into its franchise and slap a typing on it, which is pretty much exactly what they did with Clauncher, and I'll admit, I'm a bit disappointed that it's a pure water type instead of at least water/bug, but that lovely Doctor Zoidberg face more than makes up for it. 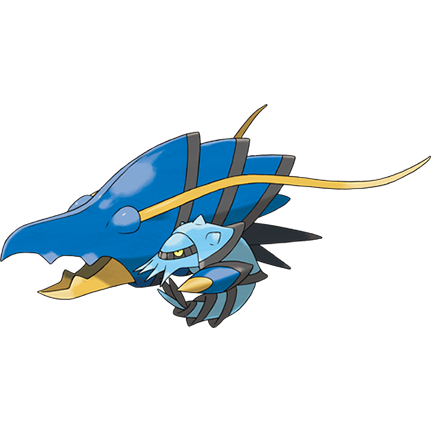 ...And then, there's Clawitzer, a snapping shrimp basically amped up to 11,000. Look at this thing. Its sonic cannon arm has evolved to dwarf the entire rest of its body, as though wielding some cartoonishly excessive bazooka, and they even decided to move its antennae from its head to its claw. That's such a clever detail! Of course a natural weapon that massive would benefit from some sensory equipment of its own! I love how the base of the feelers even gives the impression of bulbous "eyes," making the claw look sort of like a massive, dragon-like head.

Clawitzer's pincer can not only fire all manner of deadly beam attacks, but even spurts water to propel the animal backwards at breakneck speeds. For such an outrageous creature design, a lot of thought was put into how Clawitzer should actually function.

This makes four solid 5/5 marine pokemon in a row...and six 5/5 pokemon lines in a row overall!