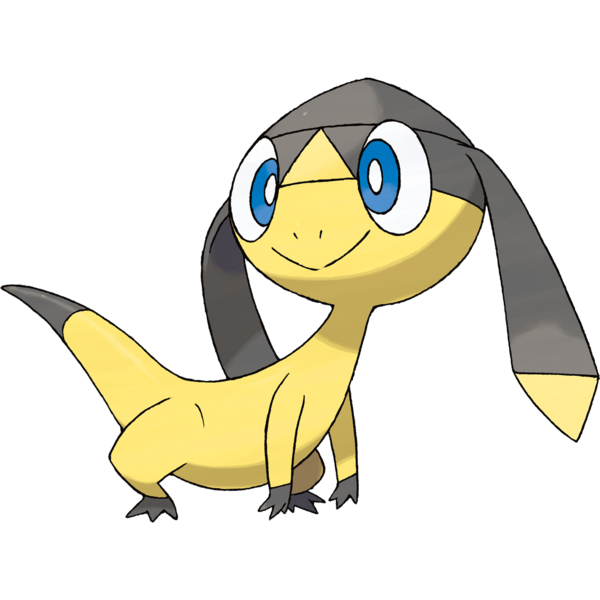 It's hard to leave behind that magnificent sea monster party, but at least we're greeted back ashore by one of the cutest reptilian pokemon around. Helioptile is an unusual normal/electric pokemon, and generates its electricity via solar power absorbed by its frills! It's a rather odd stylization of an Australian frilled lizard, its frill forming into what resemble two floppy "ears" at rest, but it's quite distinct, it has a wonderful round, happy face, and it even holds itself in the hilarious stance of its inspiration. 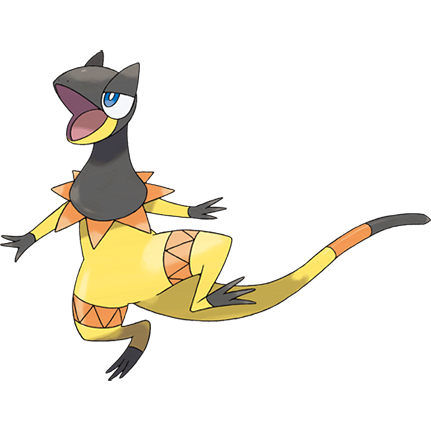 As is to be expected, however, Helioptile gets slightly less cute and slightly more serious when it evolves into Heliolisk, a rather more straightforward interpretation of the actual animal. That's alright, and it is, after all, an animal I vouched for as pokemon material for years, but once again I find the unevolved stage significantly more memorable.

A neat idea either way.