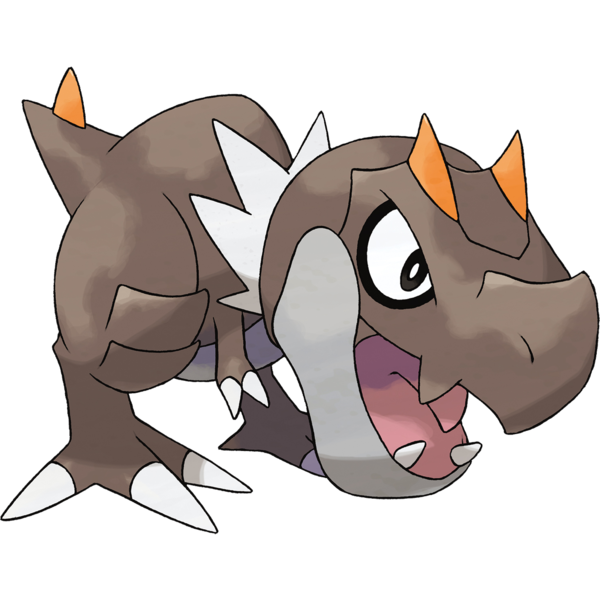 As with all previous generations but the second, X and Y each give us one of two possible fossils to resurrect into living pokemon, though my complaint from Diamong and Pearl still stands - many "normal" pokemon are already dinosaurs, so why should dinosaurs occupy the coveted fossil slots over so many weirder, more obscure prehistoric organisms??

Now that this has been the case for three out of five fossil generations, however, I guess I have to concede that fossil pokemon are probably going to keep being dinosaurs and prehistoric reptiles from here on out. Either way, Tyrunt is pretty cute on its own merits, and exactly the carnosaur countless fans spent year after year hoping for; one that's actually recognizable as a carnosaur, in contrast to the more stylized and godzilla-like Tyranitar. 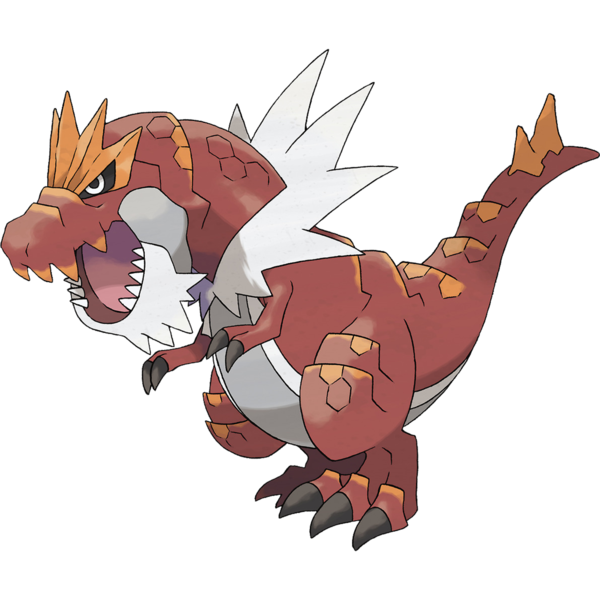 Beyond that, I can't say I have an especially nuanced opinion to offer here. Once it evolves into the rock/dragon Tyrantrum, we get exactly what we might have expected from a straightforward Tyrannosaurus pokemon. No surprises, but no critical failures either; it even offers both reptilian scales and what may be a few feathers, which is cool enough. It might have been cooler stil if it were completely feathered, but I'm someone still willing to accept fanciful, scaly monstrosauruses in my fiction. Really, all I'd change about this one is the jagged head crest, which just feels to me like one doo-dad too many. If it had to be there, I wish it looked a little more like feathery plumage or a chicken's comb.

Surprisingly, I hear tell that this pokemon has a lot of haters, possibly for some of the same reasons I listed. Let's keep in mind, however, that Pokemon is marketed to children first and foremost, and children, as well as the inner children of countless adults, cannot get enough scaly, old fashioned 'sauruses. Ultimately, I'm more or less glad Tyrantrum exists.

An extra ball for that cute as hell name, by the way.