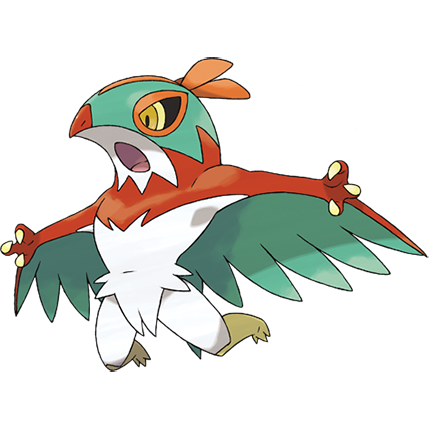 When I first saw Hawlucha, I actually kind of glossed over and forgot about it...but every single time I remember it again, I like it more and more. An explicit lucha wrestler felt very overdue for the fighting type, and I'm glad it's not just a straightforward humanoid with a mask-like face.

Instead, we get this peculiar little bird-man with claws on its wings and an only superficially bird-like head. It really doesn't have a beak, does it? It has a mammalian mouth under a beak-like snout, its very anatomy evocative of someone in a costume of a bird. That's adorable!

It's also a case in which jagged lines and jarring colors are perfectly thematic with the pokemon, and speaking of colors... 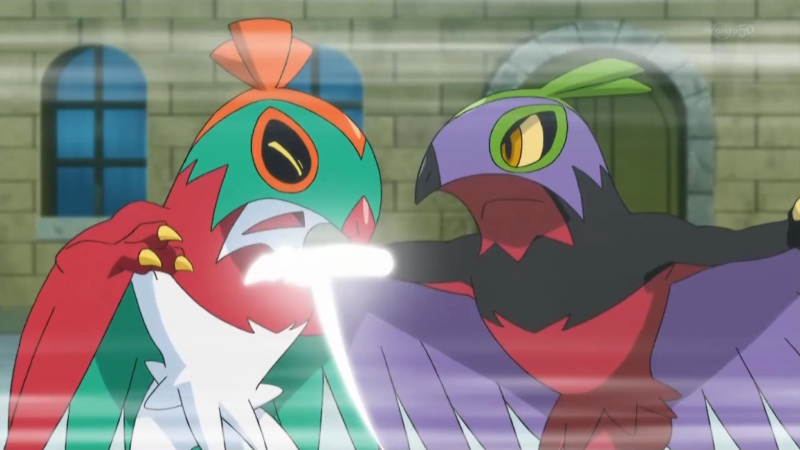 Shiny pokemon rarely have enough meaning behind them for me to comment on, but Hawlucha's shiny swaps the "heroic" looking red, white and teal for a stereotypically villainous purple, black and red, tying directly into the wrestling theme and using the shiny slot to offer what feels like an almost distinct pokemon. I think this was honestly what really sold me on the line.

An extra half-ball for the very existence of the "bad guy" shiny.