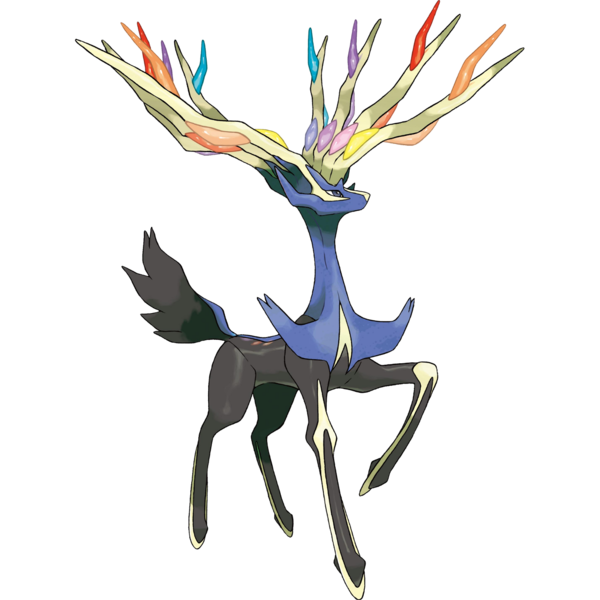 ...And just like that, we've hit the sixth-generation legendary pokemon. Generations three, four and five felt overrun with the damn things, and with few of them standing out to me in terms of design, legendaries had long become my least favorite part of any given generation.

This finally changed here in Pokemon X and Y, which not only keep these gimmicky beasts to a tasteful minimum, but give their three flagship legendaries fairly beautiful designs. The fairy-type Xerneas here looks sincerely excellent, just elaborate enough to really look mythical and god-like but far from the overwrought, plasticy appearance of legendaries past. This looks like something I could see walking around a Ghibli film.

X & Y's main legendaries also offer the clearest and coolest mythological reference yet, at least in my opinion. Xerneas seems to be based on the stags associated with Yggdrasil, the tree of life from Norse Mythology. 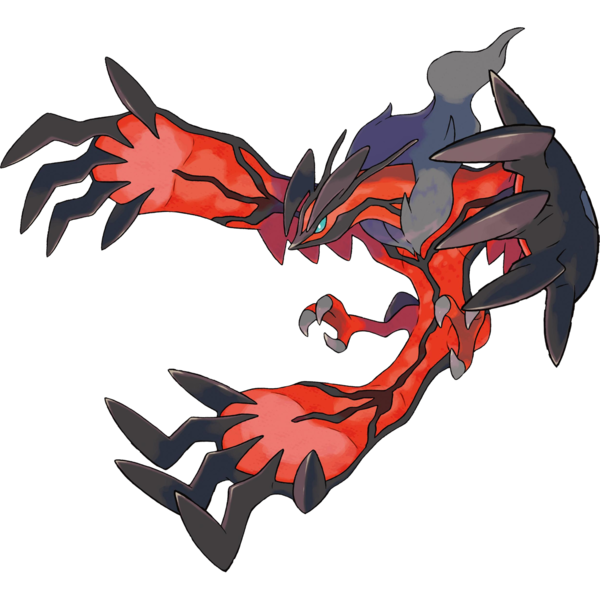 In stark contrast to the life-giving Xerneas is the soul sucking "destruction pokemon," the flying/dark Yveltal, and I have to say, I think this is hands-down the coolest looking and most menacing legendary of all six generations up to this point. Its little pointy birdy face and pretty blue eyes are almost cute, but the rest is a black and red, veiny nightmare spawn with three gigantic, taloned hands instead of wings and a tail. It truly looks like something that awakens from a cocoon to reap thousands of souls and return to its slumber, which is precisely what Yveltal does.

There are actually several giant, scary Norse birds that this could represent, including a gigantic, nameless eagle that sits atop Yggdrasil and a less gigantic hawk, Vedrfolnir, who sits atop that eagle. That's adorable.