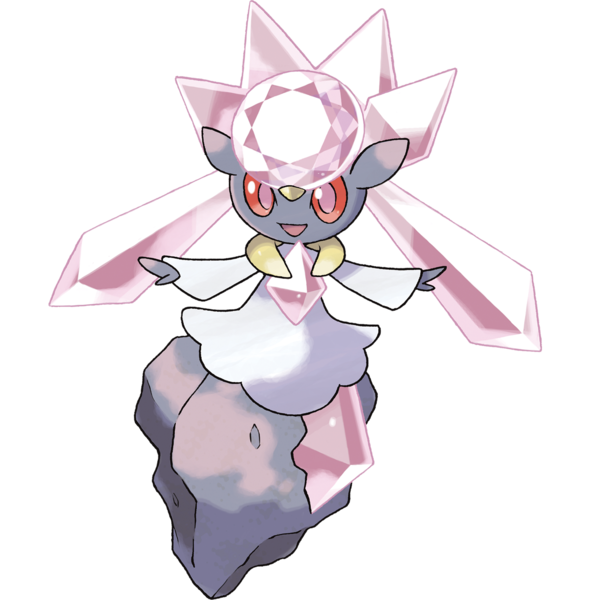 We mentioned this pokemon back when we reviewed Carbink, and it's sort of both the "Mew" and "Mewtwo" of this generation. It's cute and kind of petite, but it's not as tiny as the likes of Celebi or Manaphy, and looks a little more combat-ready. As a design, I guess it communicates being rock/fairy well enough, basically a black-skinned subterranean elf with a hunk of stone where its legs ought to be. I guess it's like...a rock mermaid?

There's not really a whole lot else to Diancie, besides the lore that it's actually a rare mutation of Carbink, and the fact that it can spontaneously generate diamonds from "carbon in the air." Eh, whatever. Diamonds aren't even really worth that much. 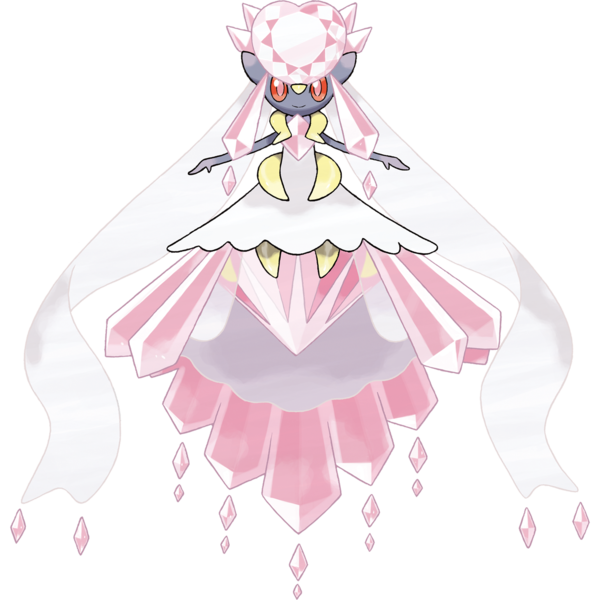 Diancie is also the only sixth-generation pokemon to receive a mega form, erupting its rocky posterior into a whole glittering chandelier. I guess the idea is that Carbink can compress into the more diamond-like Diancie, and then Diancie can compress even diamondier. An interesting little idea, even if it's not my bag.