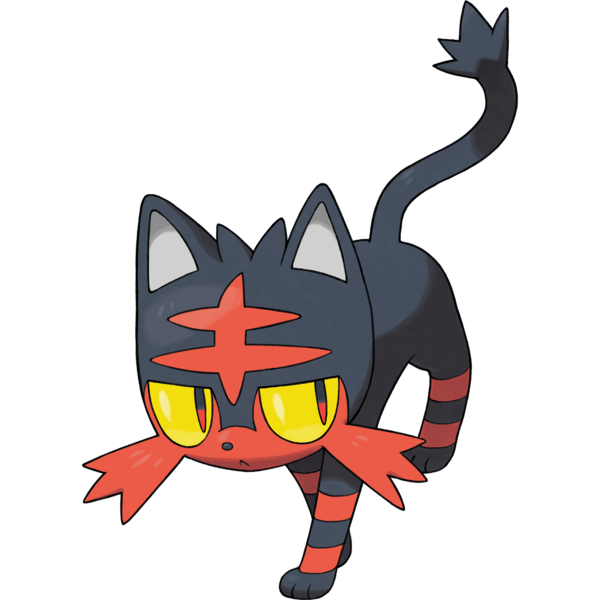 Anyone who subscribes to the "zodiac animal" theory of fire starters knew we would eventually have a tiger-striped cat amongst them, and as far as cat pokemon go, Litten is one of the coolest looking. It's those big, yellow, half-lidded eyes. They just look great on a black and red body, and give Litten a lot of cool, catlike personality.

What's really great, though, is the official lore that Litten coughs up flaming hairballs. 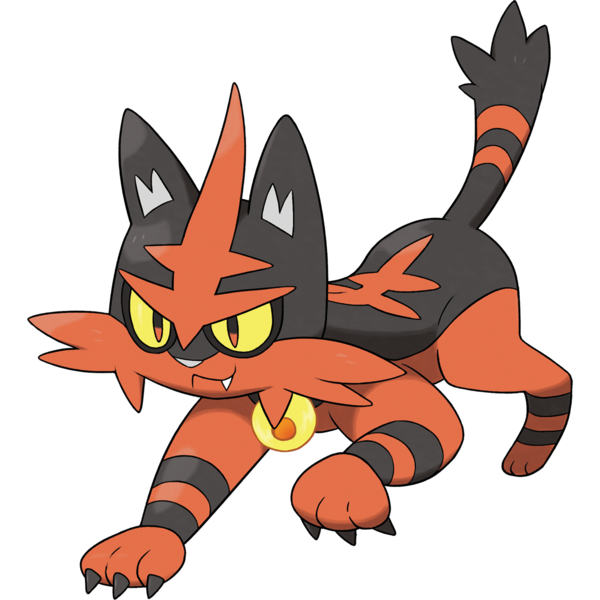 As usual for a middle evolution, especially a starter, not a whole lot can be said about Torracat, the slightly older-looking cat we would expect Litten to evolve into. It's interesting at least that it has a natural "bell" apparently made of fire, which actually rings when it spits up fireballs. 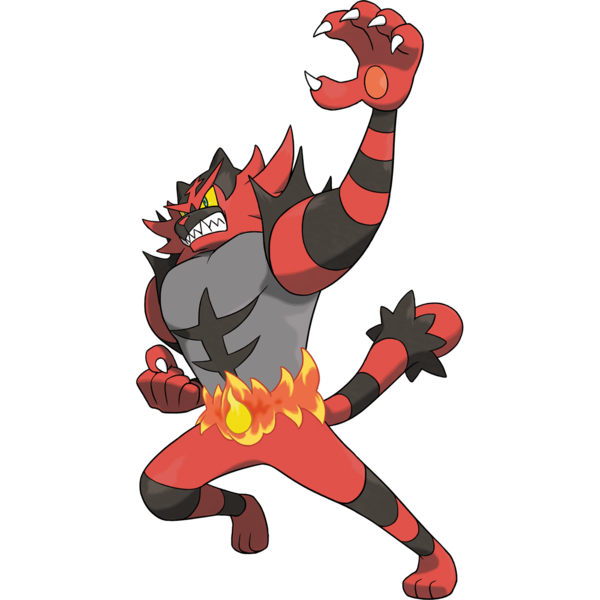 So, here's Incineroar, and when this design first leaked, it looked like just another fire/fighting humanoid starter, something fans were already hoping and praying against as soon as Litten was revealed. Anyone who dreamed of a monstrous, four-footed flaming tiger had to settle on another seemingly predictable anthropomorph, and Incineroar seemed doomed to be one of the game's most divisive pokemon.... 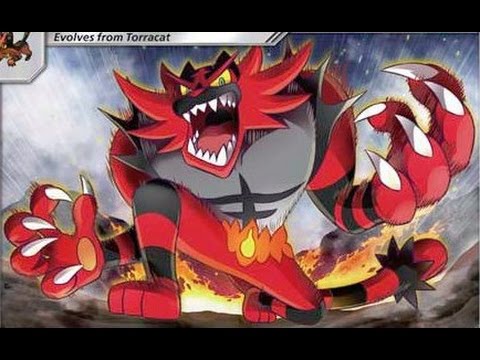 ...Until everyone got to know Incineroar a little better, at least. It turned out the big kitty was a fire/dark type, and referred to by the pokedex as "The Heel Pokemon." It's a physical fighter, yes, which we've seen to death in fire starters, but this time it's also a jerk, which is hilarious. Incineroar is based on the "villain" characters in professional wrestling, and like all dark-types, it's known for its unscrupulous, unsportsmanlike behavior.

As with "bad guy" wrestlers however, Incineroar is said to be a big hit with little kids, loves to show off for them, and tends to stand up to those who bully the weak, so we've got one of those villains with a secret heart of gold, and they're also a giant burning cat-man. It's not my usual thing, but I really like this whole idea, and I especially like the cartoonish, exaggerated look of its big, clawed fingers and snarling feline face. It almost reminds me of a Don Bluth character.

It's not often that two starters get a 5/5, but so far, they've just got a lot more personality than usual.