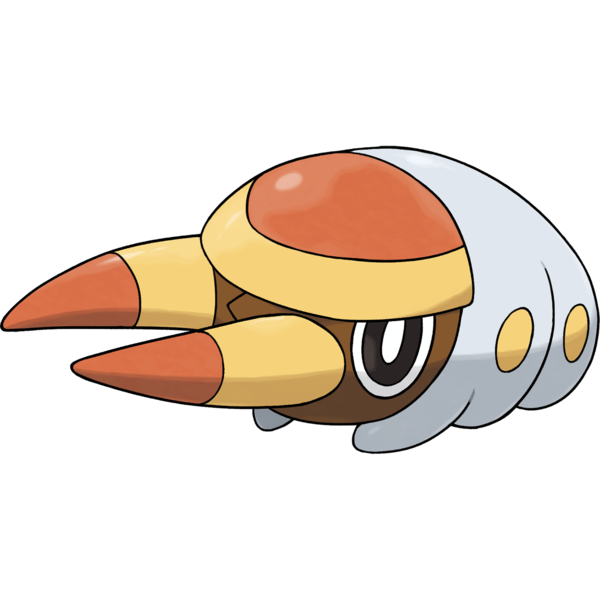 Alola wastes no time diving into its "A" game; no sooner have we gone through the motions of the starters, bird and mammal than we're given one of the coolest, cutest, buggiest early-game bug types we've ever been treated to...and I knew from the moment it leaked that this wasn't evolving into another dang butterfly. Grubbin is 100% beetle larva at a glance, with an adorably fat grubby body, prominent spiracles and a splendidly grumpy, armored face that's 70% mandible.

Though pure bug type, this burrowing creature is said to be attracted to electrical cables and power plants... 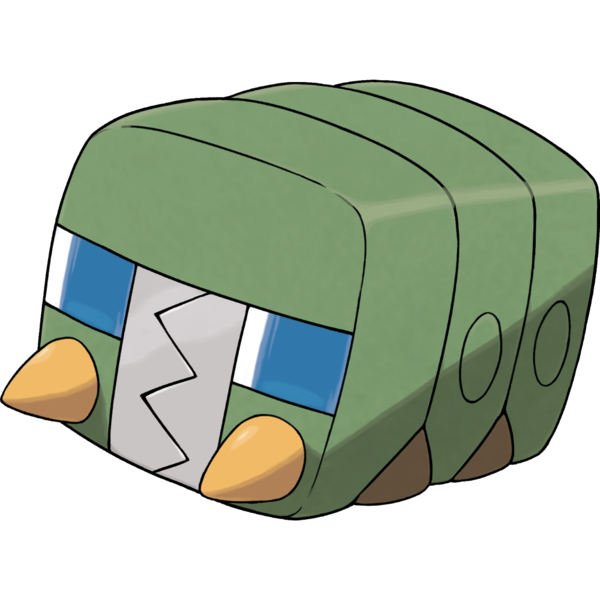 ...So then, we get Charjabug, only our second bug/electric pokemon since the Joltik line. I love how its square features invoke a battery as well as some sort of little cable-car with "windows" for eyes. 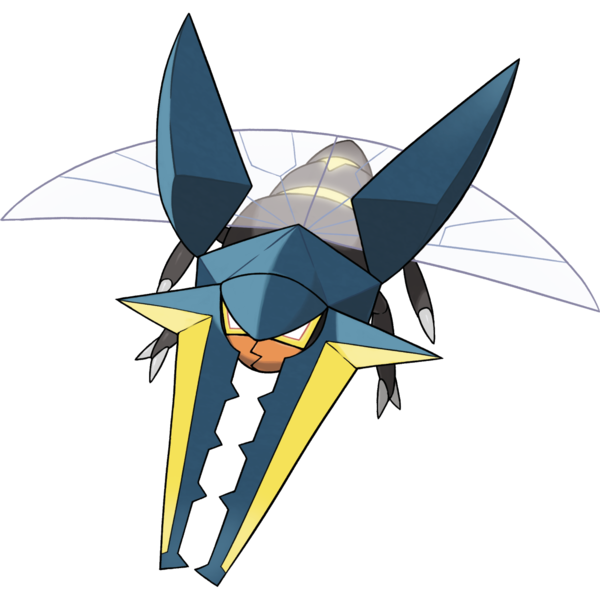 Delivering big on all these promises of an electrical beetle, the fully evolved Vikavolt is a fearsome, flying stag beetle with a slick looking railgun-like face, polygonal exoskeleton and luminous abdomen. It's great to have enough ferocious, horned beetle to go with Pinsir and Heracross, and it's another of those bug types that really look like a gigantic insect, rather than an insect-themed humanoid monster.

The only downside to Vikavolt? It can only evolve in a special location, and you'll only get there when you're almost at the very end of the game, shortly before the Elite Four.

This almost already makes up for the lack of bug types in X & Y, but they're not nearly done yet.