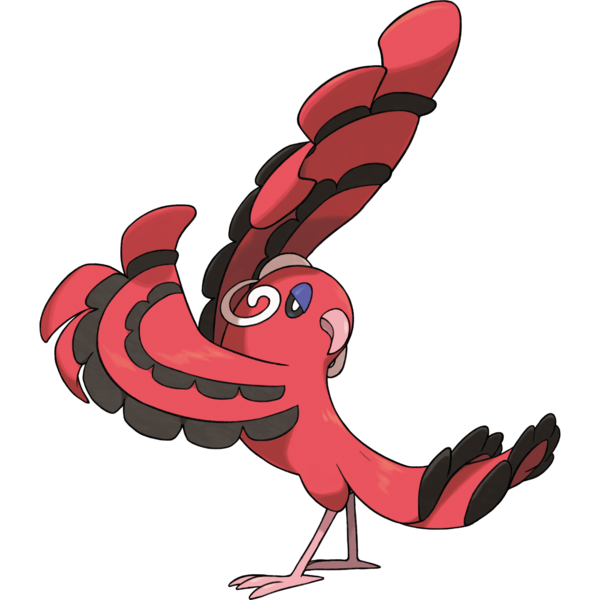 Not content with only two avian families, the Alolan Region wraps up its bird representation with a novel four-for-one deal; Oricoro here has a completely different form on each of Alola's four islands, just as many real animals - such as the famous finches of the Galapagos - may demonstrate unique adaptations on immediately neighboring islands.

In the case of Oricorio, its different forms are brought about by feeding on the nectar of different Alolan flowers, and each form, varying in type, represents a style of dance. Here we have the "Baile" Oricorio, fire/flying and based on a flamenco dancer. 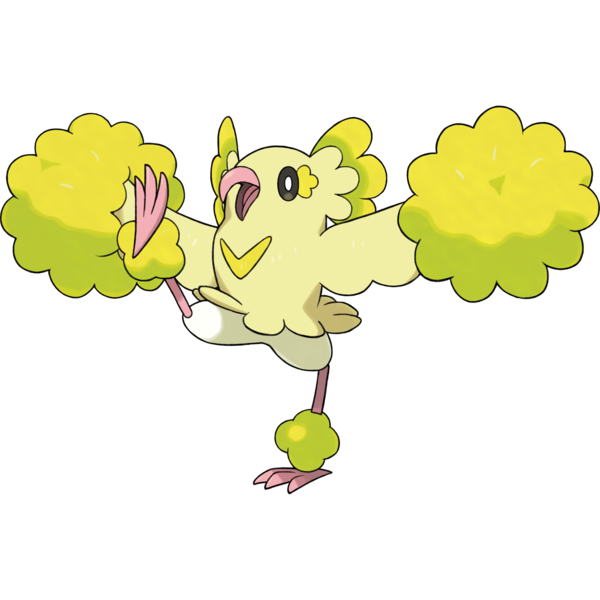 Electric/flying Pom-Pom Oricorio, meanwhile, is based on a cheerleader...not something it really crossed my mind to think of as a signature "dancing style" of any culture, but now I'm not really sure why that didn't occur to me.

It wouldn't make sense for a set of dance-themed birds in a Hawaiian-inspired setting to not include "hula dancing," so our third form is the psychic/flying Pau Oricorio. Not being a Hawaiian native I can't weigh in on whether this is positive representation of the tradition, but I know I'm glad it doesn't have a coconut bra? As a pokemon design, I feel like it's the cutest of the four; I like how it just sort of has nubby chicken wings with feather "fingers" on the tips. 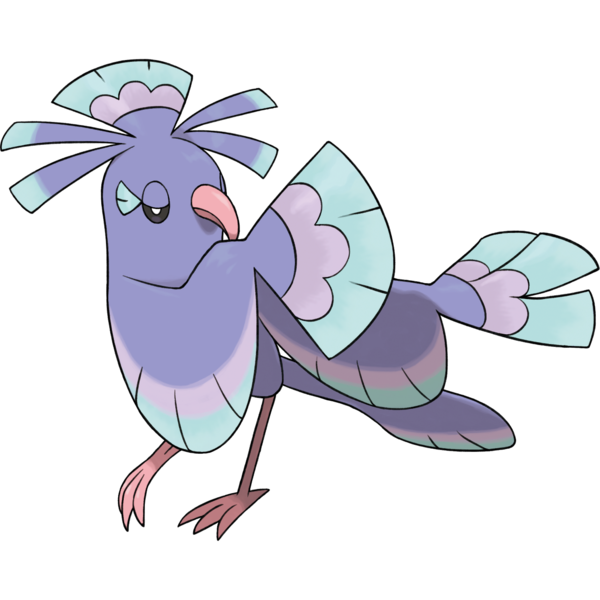 Last is Sensu Oricorio, interestingly ghost/flying and based on a Japanese fan dance. The pokedex entries for our previous three birds were relatively mundane, but Sensu here is aid to "summon the dead" with its dance and "draw power from their malice."

Though unfortunately not very strong, Oricorio always comes with the unique "dancer" ability, which will immediately duplicate any dancing-themed move used by an opponent in addition to whatever other move Oricorio may have selected, and also possess the damage-dealing "Revelation Dance" move, with a unique animation and appropriate damage type for each of the four forms.

While they haven't made the biggest impression on fans, the Oricorio forms are a fun way to play with Pokemon's evolutionary themes.