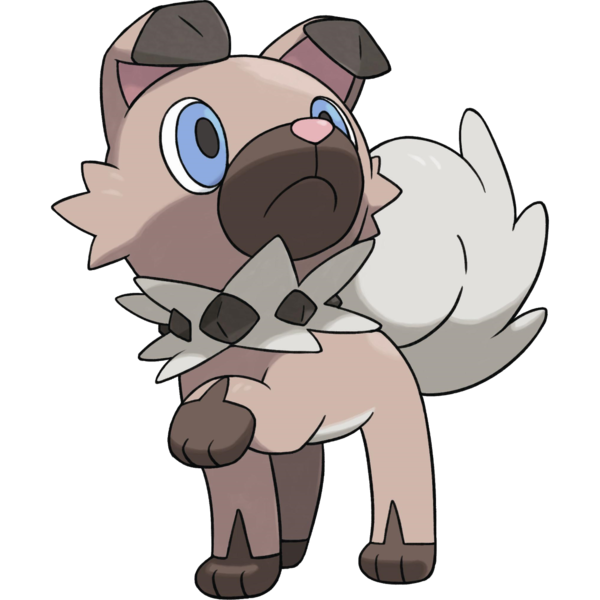 Every single pokemon generation has at least one canine, and as far as those go, Rockruff...could be worse, I guess. It's a dog. It's cute-ish, I suppose. Some think it's inspired by a spitz, others by the extinct Hawaiian poi, which was actually bred for food and said to have been a fat, lazy, highly unintelligent breed, all of which would just make Rockruff significantly more pathetic, which would also mean much cuter.

For the life of me though, I don't know why this needed to be rock type. There's a "collar" of little stones and that's about it. Rock doesn't really factor into this design or concept in any other way. 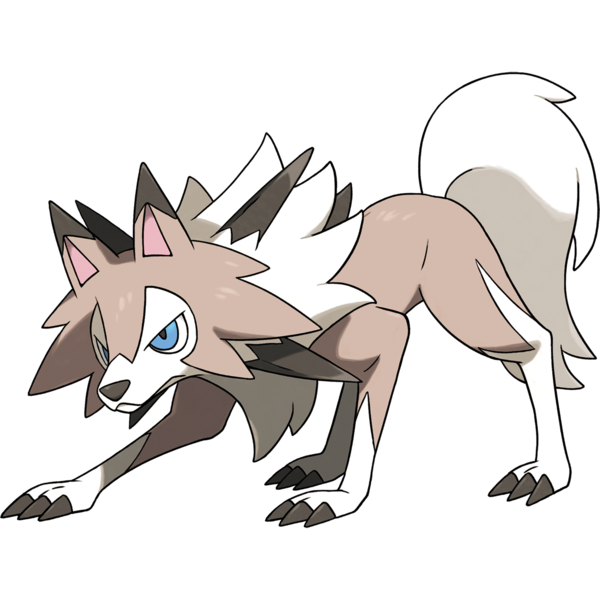 Surprisingly, a fluffy puppy from a tropical island was chosen to evolve into a scary woofus, a really old kind of doggle and from my understanding the pokemon fandom's soggiest of all dreams. I've seen so many fan-made wolf pokemon and heard so many demands for the real deal (from those who don't count Manetric) that if I were pettier about these things, I'd have actively rooted against this ever happening at all.

Now that it has, however, I can say it's not nearly as bad as I thought it would be. It's a straightforward, completely unmemorable pokemon-style wolf with boring anime eyes, sure, but it's still a hell of a lot nicer looking than a certain other canine pokemon nobody quits yappin' about...and it's graciously not the only worf we're stuck with, either, because this is only what Lycanroc looks like if it evolves in Pokemon Sun. This is just daytime goody two-shoes "vanilla" Lycanroc. 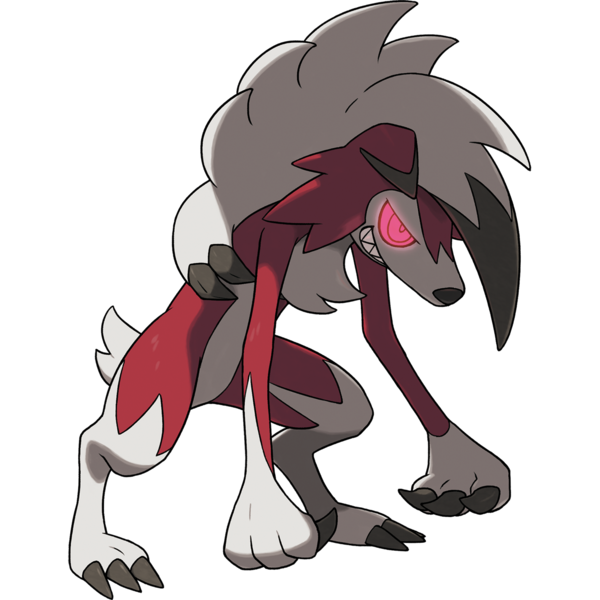 ...But Moon version to the rescue. You would think standing upright would only make this pokemon a little worse in my book, but "Midnight Form" Lycanroc's anthropomorphism is just a necessary part of its "werewolf" theme, and I can't not like a Pokemon that qualifies as a classic Halloween monster. Even with a bit of that unpleasant, jagged anime-art feel that plagues certain other bipedal dogs, Midnight Lycanroc still has a rad hairdo, vastly better looking eyes than loser "Midday" Lycanroc and a charming, hunched lankiness that really looks more like a dog trying to be humanoid than just a humanoid with dog aspects.

Yep, an anthropomorphic wolf pokemon actually happened and I actually gave it a 5/5.