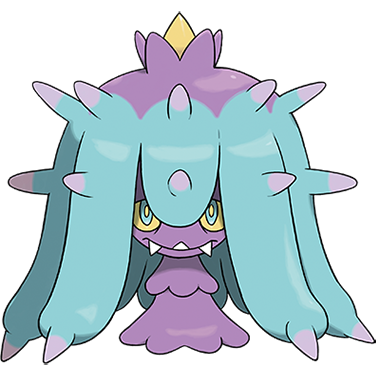 Get ready for a long one, because I knew this perfect angel would be my favorite thing in Alola the moment a grainy image of it leaked to the internet. That morose little snaggle-toothed face, gooey blob body and head of giant, spiny tentacles hits my aesthetic tastes so hard that I can even put this one up there with Gloom or Garbodor, but in a shocking new twist, I'm not in a minority this time. More on that later. 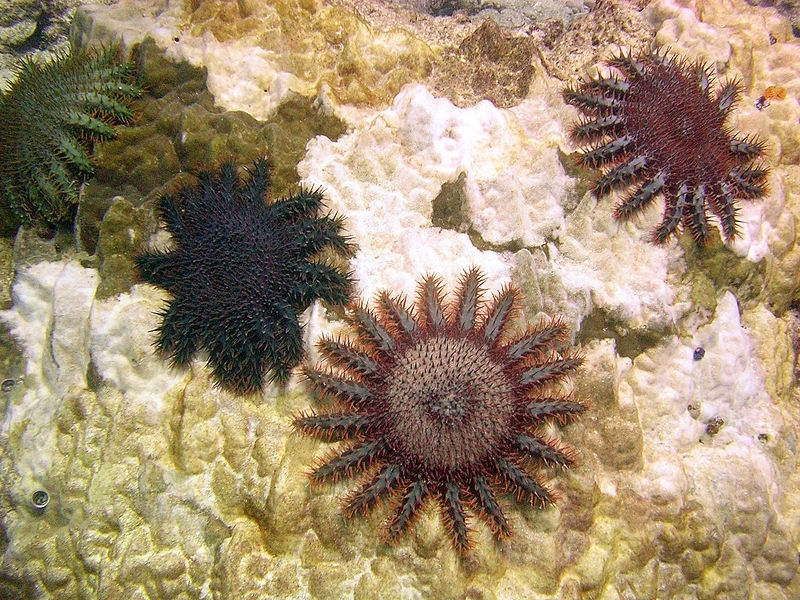 The greatness that is Mareanie begins with its inspiration, sea stars of the genus Acanthaster, or "Crown of Thorns" stars. Mareanie's water/poison typing is true to life, as those sharp, brittle needles are coated in the animal's own highly poisonous soft tissues. Any puncture by these spines will leave bits of the toxic flesh in the wound, and the pain and swelling can last for weeks. Excellent start!

Like many sea stars, Acanthaster are also relentless, murderous meat-eaters, preying upon anything slow or foolish enough to get itself caught by a starfish. In Acanthaster's case, this is a diet of almost entirely live coral, and they've made themselves the terror of delicate reefs around the globe, particularly wherever human carelessness has introduced them to brand new hunting grounds. What makes these invaders even more problematic are the regenerative abilities natural to all echinoderms; chop a star into pieces, and all you get are that many more of them.

Especially worth noting here is the actual feeding mechanism of Acanthaster, and its implications for Mareanie's physiology. Most sea stars, including the Crown of Thorns, feed by extruding their entire stomach out of the mouth on their underside, to digest prey on the outside of their body. Note Mareanie's slimy, baggy looking "body" and where it attaches to the rest of the "star."

...Mareanie apparently has eyes and fangs on its external digestive tract!

The delightful monstrousness of the seemingly humble sea stars is something rarely acknowledged by popular culture, but unlike Cutiefly or the older Manaphy, this is one pokemon happy to revel in the grisly side of its "cute" inspiration. 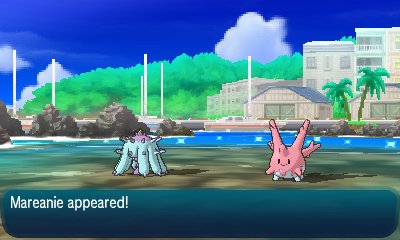 Mareanie's official title is even "The Brutal Star Pokemon," and it, too, has an appetite for coral, which in this world means its fellow water pokemon, Corsola. Just like the real thing, Mareanie is an invasive, destructive pest introduced to the Alola region by mistake, and its insatiable appetite has decimated its Corsola population.

In fact, the only way to capture a Mareanie from Alola is to do battle with a wild Corsola until it calls for help, a new game mechanic in Sun and Moon. Corsola's cries will usually summon another of its kind to its aid, but every so often, a hungry little sea star will follow the sound instead...and begin using "bite" on the Corsola you're already beating on for it. Since you can only throw a pokeball when a single wild pokemon remains, you'll essentially have to help Mareanie finish off its prey before recruiting it to your side.
Also worth noting is Mareanie's great role in the sun/moon anime. The pernicious pincushion was made for Team Rocket, and of all the weird monsters who've been unsettlingly fixated on James, I feel like this is finally "the one." This is it, James. It's not getting any better. It's time you settle down already.

...Did we really get this far before we even got to Mareanie's evolution?! 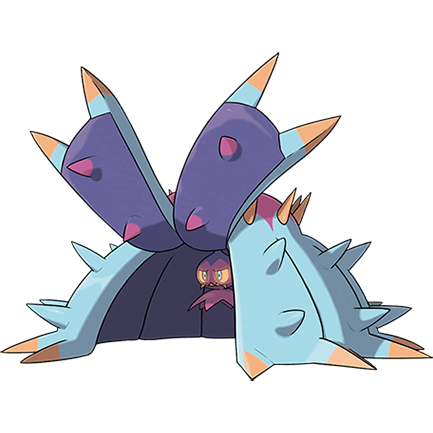 Once again, there are some subtle aspects I wish weren't lost when this Pokemon evolves, since Toxapex sort of trades "sad goth medusa child" for "devil ghost in a cactus igloo," but that's not necessarily a bad trade, by any means. I like the implication that this thing just traps prey like an iron maiden and gnaws away at it with its tiny, adorably dangling body...head...stomach...and I'm glad those teeth only get all the snagglier.

It's all just such a unique, inventive body plan for a monster in general, let alone a starfish-based creature. We're all used to just seeing eyes or mouths plopped directly onto these animals in games and cartoons, but you can often count on pokemon to think outside the box.
What's also interesting, if you pay close attention to its animations, is that Toxapex can "flip" its spines between the outside and inside of each leg as needed, to either protect itself from predators or entangle its victims. This is illustrated by its ultra-cool if ultimately unnecessary signature move, Baneful Bunker, which poisons the opponent while protecting Toxapex from all damage.

I say unnecessary, because Toxapex's defenses are outrageous for a Pokemon with so many ways to restore its own hit points, having access to both the coveted "Recover" move and equally coveted "Regenerator" ability. It's a shame this makes its special signature ability, Merciless, as unpopular as its signature move. "Merciless" means that Mareanie and Toxapex will always land a critical hit (roughly double power!) on a poisoned opponent, but that awesome sounding strategy is seldom if ever used over its potential to just keep growing back.

Toxapex itself, however, sees plenty of use. 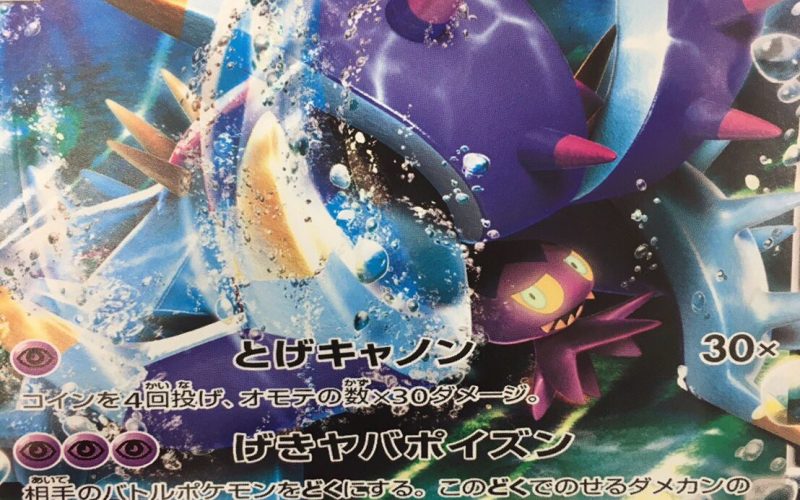 This is, as a matter of fact, the very first case in which my clear favorite Pokemon of a generation is actually useful enough to be among the most used of all Pokemon in the competitive scene; a downright centralizing threat players are loathe to contend with. All Toxapex has to do is either poison the opponent with Toxic, burn it with Scald and wait for it to die while it hunkers down and liesurely sponges up most damage, Recovering as needed and Hazing away any enemy stat boosts.

It's shallow, I know, but a part of me is almost disappointed that a Pokemon so distinctly appealing to me enjoys such mainstream popularity; I'm just not accustomed to that, you know? And anyone who sees me using one is going to assume I'm doing so because of its strategic value, when the truth is I'd be using Toxapex as stubbornly as I use Garbodor regardless of its states or abilities.

Unfortunately, this in itself poses a problem, since the very presence of Toxapex would now restrict my entire team to upper competitive tiers where the rest of that very team is more or less doomed.

You really played me, Toxapex, but I still love you.

I named mine Euryale.