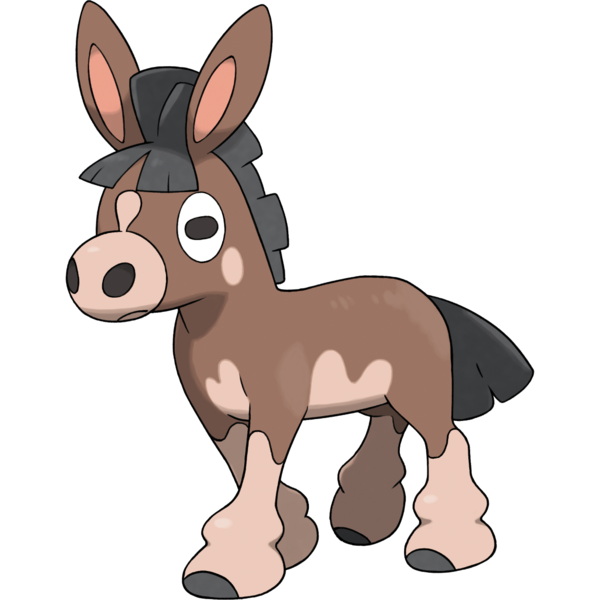 It's hard to come down this abruptly off something as singularly amazing as Mareanie, but this cute little donkey is fairly charming. An endangered species said to have been hunted to extinction almost everywhere but Alola, Mudbray's ground typing comes from its affinity for mud, as its name implies. It even eats mud, and that's supposed to be mud caked around its hooves.

It wouldn't be nearly as cute or as striking, however, if it didn't have those realistic ungulate pupils. 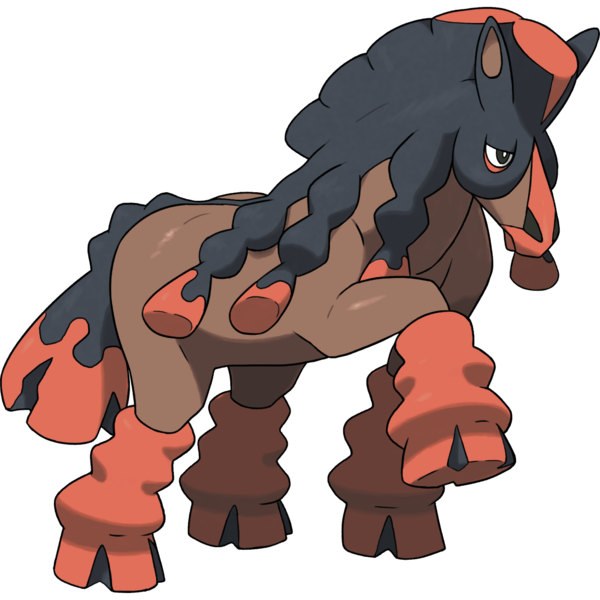 ...So I'm definitely a little let down that Mudsdale drops those cool pupils and even stops being a donkey, but on the other hand, it's a far cooler and more interesting horse than Rapidash, and its tired looking, baggy eyes are still pretty great. Its design communicates even better that it's caked with mud, and the dex says it even spits mud, though it's kind of a shame they didn't base any signature move around that.