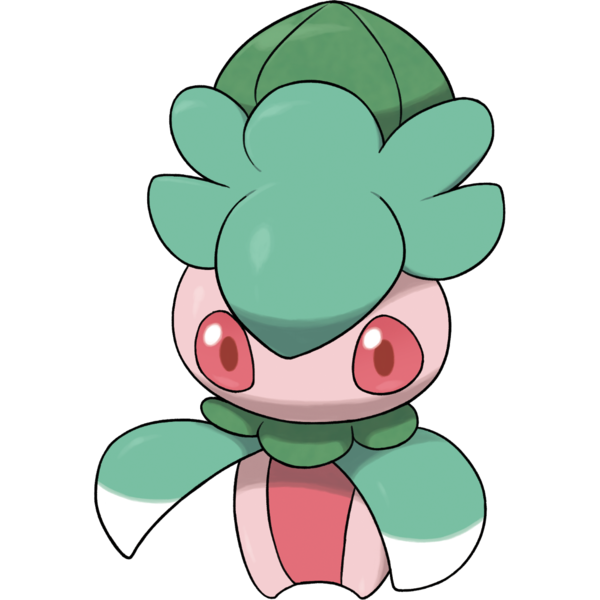 If I didn't know what Fomantis represented and what it evolves into, I'd almost dismiss it as a fairly forgettable design for a pure grass type...but the secret is in the name. Fo Mantis...Faux Mantis...and it does look a little buggy, right? 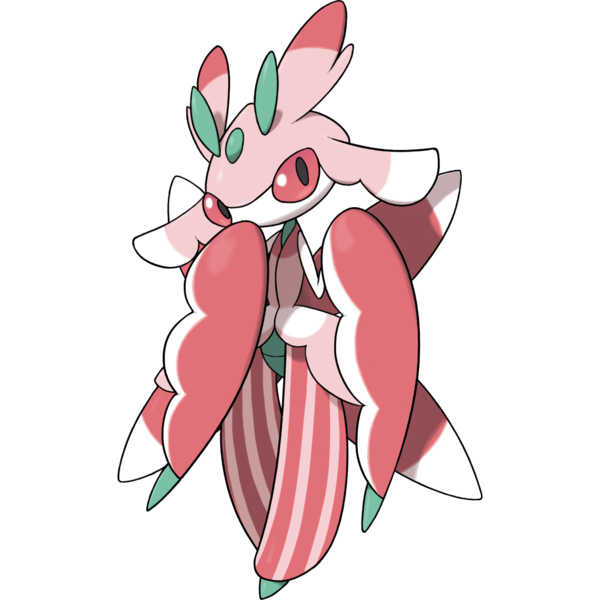 When it evolves into Lurantis, it all makes sense. This Pokemon is obviously based on a mantis, and at long last, we have a mantis pokemon that actually looks like a mantis rather than either a a lizard dog or a bee lobster, BUT WAIT! This thing is still only a grass type! Not a bug type or even a grass/bug hybrid! 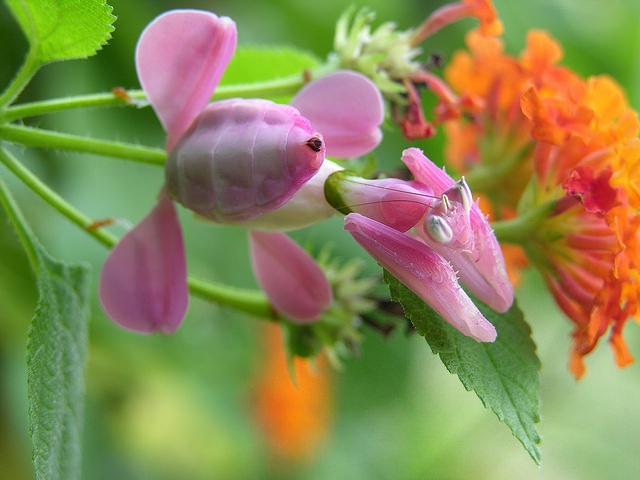 That's because Lurantis is inspired by a variety of real-world flower-mimicking mantids like this Hymenopus coronatus photographed by Flickr user El Guanche, but in an unexpected twist, this monster really IS a flower, albeit a flower that evolved into a mantis-like predator. It's known as the "Bloom Sickle" pokemon, its petals are said to cleave through steel with ease, and its fragrance presumably attracts unwary prey.

An interesting thing about these insects, too: it had always been assumed that they simply "hid" amongst flowers, using their camouflaged appearance to blend in and feast upon insects who simply didn't notice them there, but emerging research indicates that insects are actually more likely to investigate a perched orchid mantis than an actual, neighboring flower, indicating that these creature do indeed actively "lure" their victims into their clutches - and have gotten better at it than the very plants they're imitating. 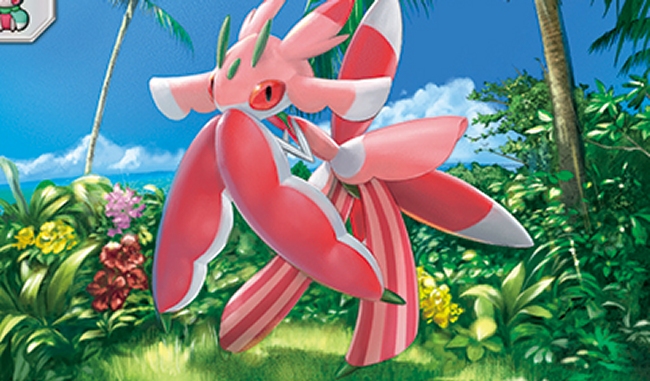 Admittedly, this design doesn't do much to communicate the clever twist, looking if anything more insect-like than a majority of actual bug-type pokemon. The easiest way to avert this would have been to replace its legs with a more plantlike stem, perhaps walking about on a set of roots or leaves, but then we would just lose those wonderful stripey pants! Besides perhaps making its eyes larger and mantisier, I can't think of anything I'd want to change about this design. It's a pleasing balance of elegance and menace that would already earn a 5/5 if it were just an ordinary bug type, but the simple twist on its typing results in a far more intriguing creature.