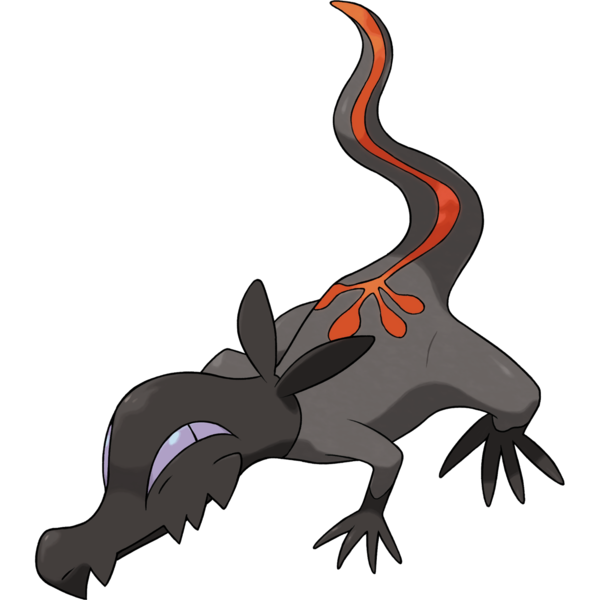 We've got another all-around awesome one today, with what's actually the first Alolan poison type Nintendo chose to reveal, and a novel new poison/fire combination, borrowing from the popular fantasy interpretation of a "salamander" as a fire-loving reptile rather than a water-loving amphibian, and of all the lizard pokemon we've ever seen, I have to say Salandit is the very lizardliest of them all, capturing the look and feel of a scurrying reptile far better than Treecko, Kecleon or even my beloved Scraggy. You just can't beat Salandit's smug, toothy smirk and sinister, crescent eyes, either. 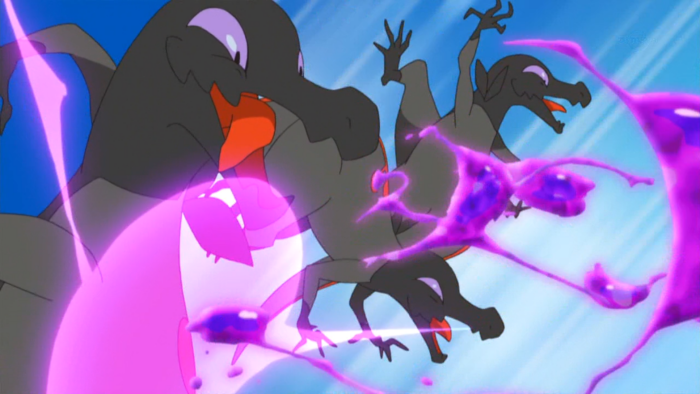 That elemental combination also makes a lot of strategic sense, since if there's one thing worse than toxic chemicals, it's burning toxic chemicals, illustrated by Salandit's game-changing signature ability, Corrosion, which allows it to inflict poison status on ANY other pokemon...even other poison types and the poison-resistant steel type!

There's plenty more to this critter than a toxic, burning reptile, however. The day it went up on the official website, it came bearing some decidedly freaky lore. Namely, that female Salandit use their toxic but sweet-smelling pheromones to attract and control males of other species - including humans. That's just slightly creepier a bio than most we've heard before, and it's not just some throw-away trivia this line forgets about, either. 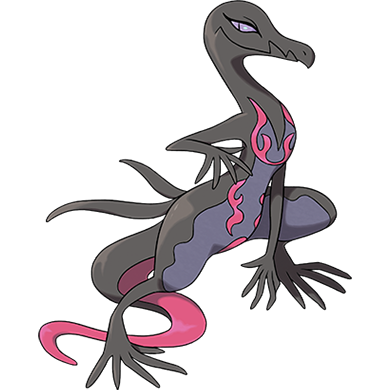 ONLY a female Salandit can evolve into Salazzle, a toxic reptile said to keep a "reverse harem" of male Salandit and use those burning, sickening pheromones to control the minds of other creatures. It's basically a sea siren, if you just trade the ocean for a volcano and the fish for a lizard and the alluring song for a biochemical high. WICKED.

Salazzle's design is also one of the coolest looking in Alola, fluid and formidable and communicating a "seductive" character without going too humanoid or too explicit. Its figure isn't even curvier than an actual lizard, but emphasized by a color pattern evocative of a lacy swimsuit or nightgown; one that's also flame-patterned and in the purple hues associated with poison typing. 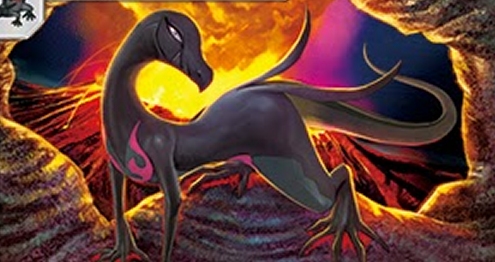 The reveal of a pokemon whose entire concept is basically "a sexy lizard" brought with it a fair bit of mockery, criticism and an unsurprising avalanche of raunchy fan art, but even in a franchise that's always had its twisted side, Salazzle feels like a monster with a classical dark fantasy air that wouldn't be at all out of place in Dungeons and Dragons or the Souls series games. It's just a cool, even scary as hell concept with a satisfyingly snazzy execution.