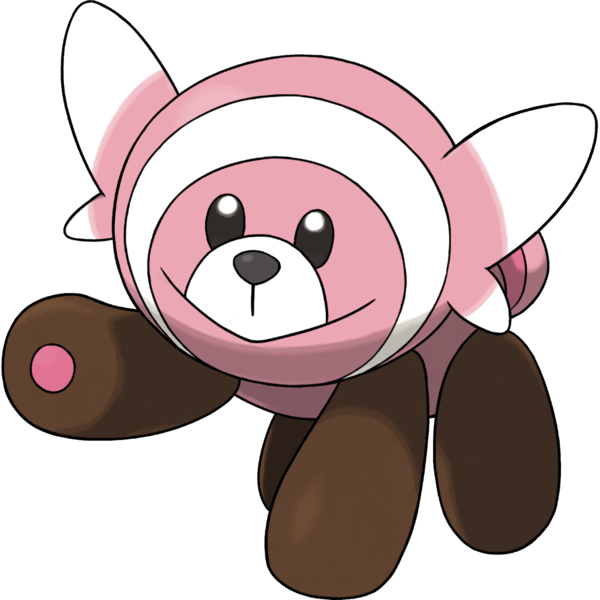 This awkward looking teddy bear might not seem that interesting at a glance, but this is one of those cases where personality and flavor really make the pokemon, because this awkward looking teddy bear is a normal/fighting type known for its violent aggression. In fact, if a wild Stufful calls another Stufful to its aid, the two of them will just start wailing on each other. This is a pink, pudgy panda plush with nothing but hate behind its cold, staring eyes.

...And then it evolves, and I'll just let the TV show fill you in here:
Bewear is far from the first Pokemon to boast a "cutesy but dangerous" twist - that's pretty much the essence of most Pokemon - but certainly embraces it harder than any other, and speaking of, the Pokedex informs us that even friendly, well-trained Bewear have accidentally hugged their trainers to death. It actually specifies that this can break your spine and you will die. 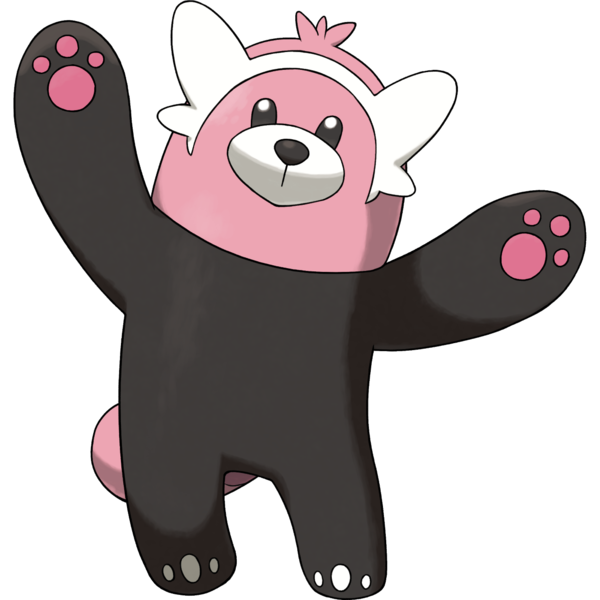 In light of this grim backstory (get it??!), I think it's all the easier to appreciate what these pokemon are going for aesthetically. I'd probably forget they existed overnight if they were just another sweet, cuddly damage-sponging normal type along the lines of Chansey or Snorlax, but now we know that the subtle eeriness of that blank, beady-eyed face is wholly intentional.

It's also evident that the simplistic, unrealistic anatomy, "headband ears" and unnaturally abrupt neckline of Bewear are all intended to evoke a mascot costume, something Japanese fans would be far more familiar with than just about anybody living anywhere else. This pokemon is a creepy, expressionless mascot that appears friendly and huggable, only to shatter your skeleton whether it likes you or not. It's the kind of thing that actually happens all too often in the real world, when a child or tourist mistakes a wild animal's threat display for playfulness or critically underestimates its raw strength, and it's interesting to see that hazard brought to the pokemon world with such a darkly comedic twist.

The design on its own would have gotten a three...but a pokemon is more than its looks!