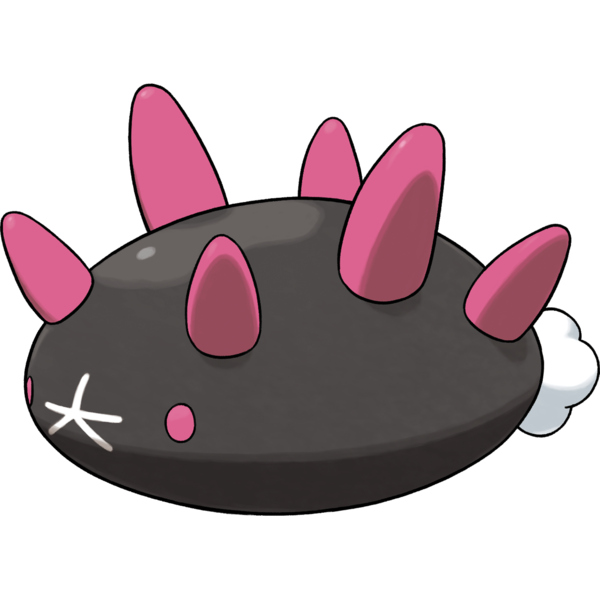 The hits just keep coming with yet another animal glaringly absent from our last six generations, a sea cucumber! This makes the pure water-type Pyukumuku our second brand new Echinoderm in the same generation, and only the fourth in the entire series with the Starmie and Lileep families! This leaves only a sea urchin to round out the most basic roster of these animals. A sand dollar and brittle star if we want to be completionists. A sea daisy and a dozen nonsensical Cambrian whatsits if we want to be ultra-completionists. 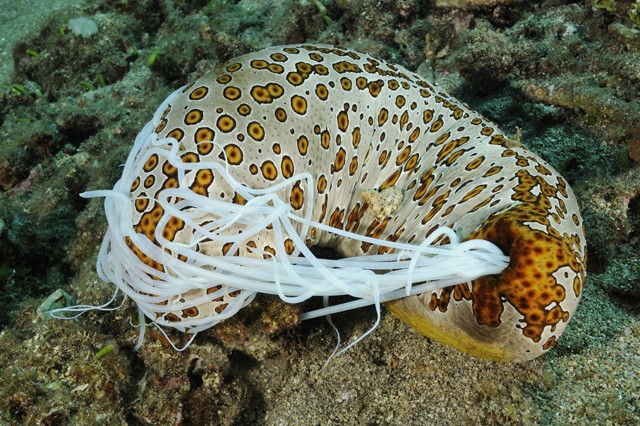 photo by Wolfgang Poelzer
The cucumbers, in fact, might be my favorites of the whole order, even if their slug-like or worm-like appearance is a little more "ordinary" than the weirdness of urchins and stars. I just can't help but love an animal that's just sort of a sad, lumpy glob, and that describes the vast majority of the Holothurians outside the ethereal swimming varieties you might find in the deep abyss.

Perhaps the most (in?)famous characteristic of these crawling sausages is that many species defend themselves by expelling a few of their own internal organs. Often mistaken for intestines, the sticky strands are actually derivative of their respiratory system and develop especially as an expendable defense mechanism. When the cuke is disturbed enough, these incredibly adhesive, stretchy guts are released through an internal rupture into the animal's rectum and blown out of its anus to entangle the claws or jaws of an attacker, sometimes even causing death by choking, smothering, or in some species poisoning the would-be predator!

It's basically like having a third lung just to crap out into someone's face while you escape. 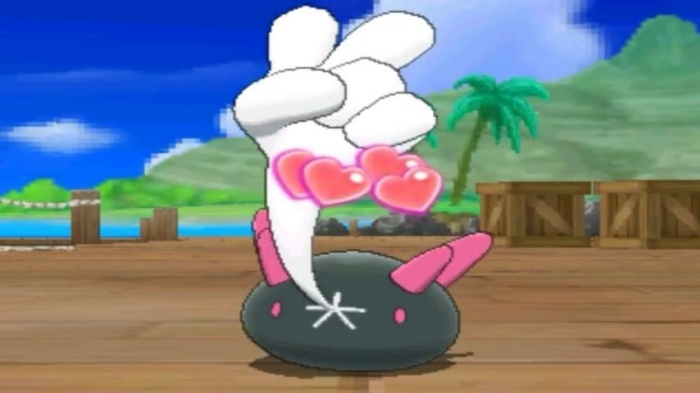 Once more, an Alolan pokemon takes full advantage of its inspiration, with Pyukumuku's own entrails capable of forming an adorable cartoon "hand" from its...mouth? "Officially" its mouth, I guess, for the kiddies, but a sea cucumber shouldn't have eyes anyway, so there's no real guarantee that its face is on its front.

Pyukumuku's special talent is represented by its signature ability, "innards out," which deals damage to the enemy equal to Pyukumuku's remaining hit points when the poor little cuke is fainted. With a maximum HP of 314, it's never all that wise to take out this pokemon with a "super effective" move. 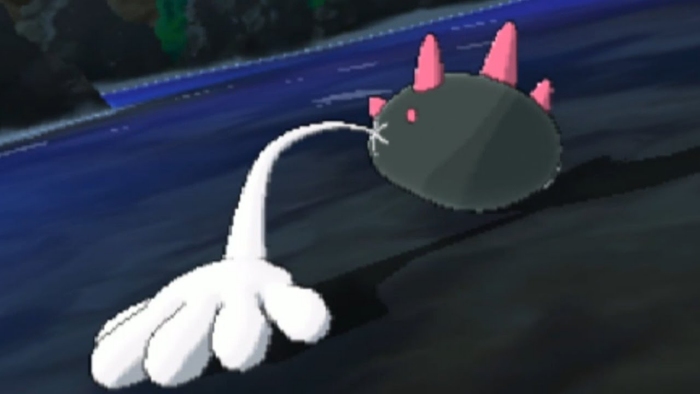 Unfortunately, but kind of charmingly, Innards Out is almost the only mechanism by which Pyukumuku can do damage at all, except for a few moves like Counter and Bide. Like Wobbuffet, this Pokemon is almost 100% passive-defensive, and if you're intent on using it, you'll have to take advantage of its status and support based moves like Rain Dance, Baton Pass, Toxic and Hail. 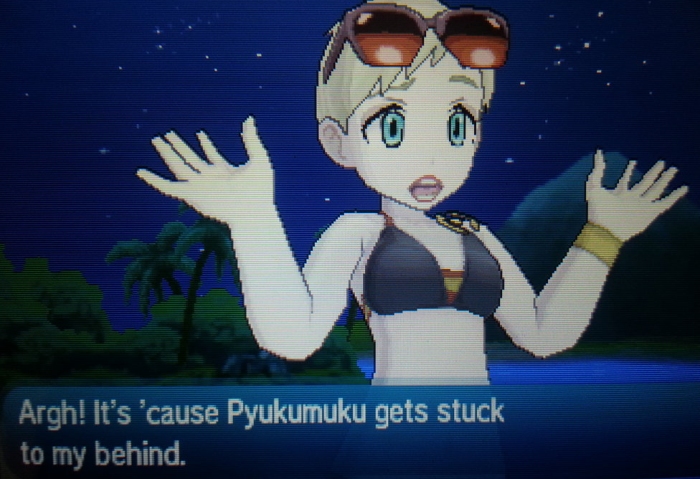 There' a lot to love about Pyukumuku, but my favorite aspect of it is how it's actually regarded "in-universe." As we're told, tourists and other outsiders to the Alola region regard Pyukumuku as "ugly" and "gross," often complaining that the poor little things are littering the beaches. Locals, naturally, view Pyukumuku as a misunderstood and endearing part of their island's ecosystem, and even use their slime as a rejuvenating ointment and natural sunscreen. Nonetheless, beaches will actually pay to have Pyukumuku gathered up and tossed back into the ocean for the benefit of tourists, but it's just as well, because Pyukumuku just aren't all that smart and often strand themselves ashore to slowly starve to death.

Even in a franchise with a fair number of venomous arthropods, sludge creatures and malicious ghosts, it's surprisingly rare to hear that any pokemon are widely regarded as "gross" by anybody in-canon, and as much as I resent such attitudes about any real animals, it's actually kind of refreshing to finally see more of it in the Pokemon world. It just adds a lot to Pyukumuku's inherent charm.