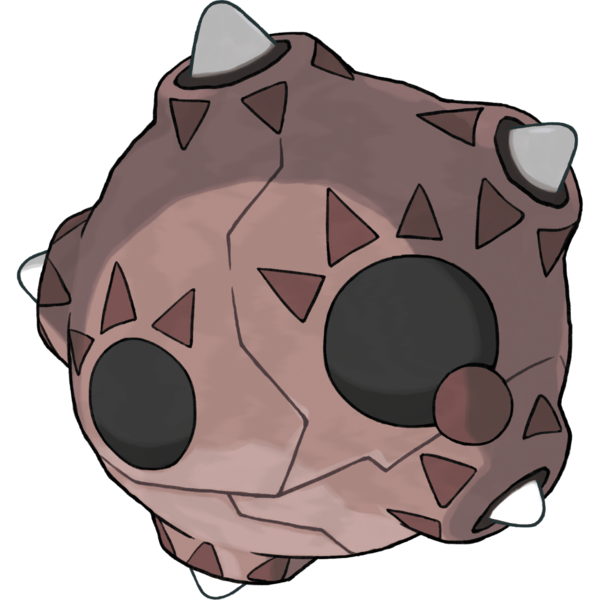 A meteor pokemon!? How fun! We did technically already have such a thing in the awesome Lunatone and Solrock - inexplicably absent from Sun and Moon - but this flying/rock type is a little more of a straightforward "living space rock." I'll admit I'd have expected something a little weirder, cooler, more alien-like from this premise, but at least it's cute. Said to live high up in the stratosphere, Minior is formed from whatever "mutated nanoparticles" are supposed to be, and feeds on atmospheric dust until its shell grows too heavy and it falls to Earth. 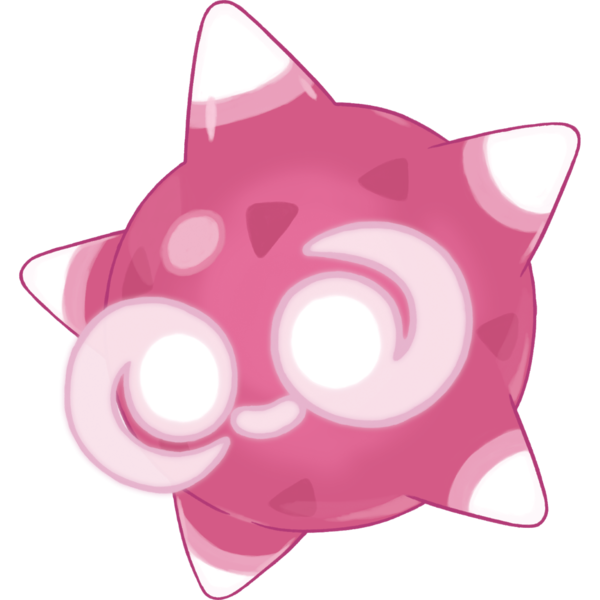 As you may have guessed, a pokemon this strange comes with some unique gameplay mechanics, this time in an ability called "shields down." While in "meteor form," Minior has high defensive stats, lower offensive stats, and an immunity to all status effects. Only once its hit points are reduced to 50% or less does its outer shell break off, losing these benefits while shuffling its stats around into a faster, deadlier "core form."

The core form's design isn't much to write home about - a rather plain, cute star-like creature with a simple face - but I do love the intensity of those swirling, glowing eyes, and it actually comes in a whole range of colors, which adds a bit of in-game fun since you'll never find out the true color of your Minior until its shell is broken. Even the "shiny" looks exactly the same on the outside - but its core is a stylish black.

I do feel like Minior is just kind of missing a little something, design-wise, and I wish we knew a little more about its "personality," but the whole idea of a living meteor pokemon is pretty cool, and I can't help but also be reminded of The Colour Out of Space here.