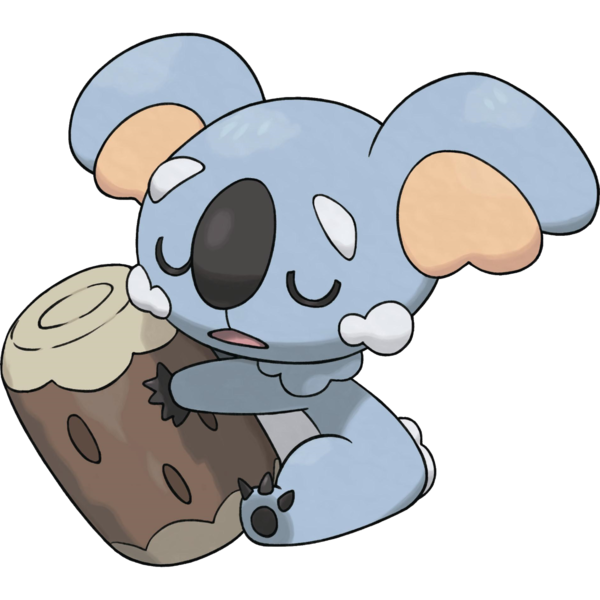 One of the first non-starter pokemon revealed for the Alola region, many of us just assumed this normal type would be its early-game mammal, and some even speculated that the new region would take place in Australia, rather than Hawaii. Why they chose this region to introduce such a strictly Aussie animal is anyone's guess, but as it turns out, Komala is actually one of this region's late-dex, non-evolving oddballs.

A real Koala lives on a diet of poisonous Eucalyptis leaves, in a state of pretty much perpetual drunkenness. Drawing from this, Komala's signature ability is "comatose," making it immune to all status conditions except for its perpetual sleep - and allowing it to attack while sleeping anyway. In fact, it's said that a Komala really is technically always asleep and has never been seen awake; just check out its unused walking and running animations:

How Komala pulls all this off is subject of a lot of tongue-in-cheek fan speculation, but everyone's favorite theory seems to be that Komala's log is a sentient pokemon in itself, or even in total control of their symbiotic relationship.