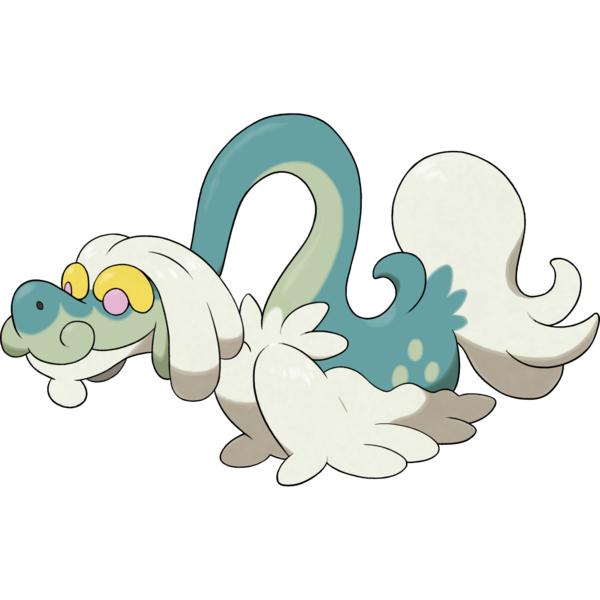 Though separated by a few dex spaces, Drampa here is actually the moon version counterpart to the Sun-exclusive Turtonator; an odd decision, since there's no obviously complementary theme here. Its design would imply an ice or water type, a logical opposite to Turtonator's typing, but what we've actually got here is a normal/dragon combo. What would that mean, exactly? That Drampa just isn't as pure of a dragon as other dragons?

Whatever the significance of its typing, Drampa is a distinct and decent design, immediately recognizable as a dragon but far from the deadly-looking beasts dominating the type. I like its fluffiness, its cool colors, its swan-like shape and especially the simple, pink orbs it has for eyes.

As its name implies, Drampa is personified like a kindly old grandpa, said to be easygoing, gentle and protective of human children. Don't get grandpa mad, though; Drampa's signature ability is called berserk, and boosts its special attack if it loses half or more of its health.