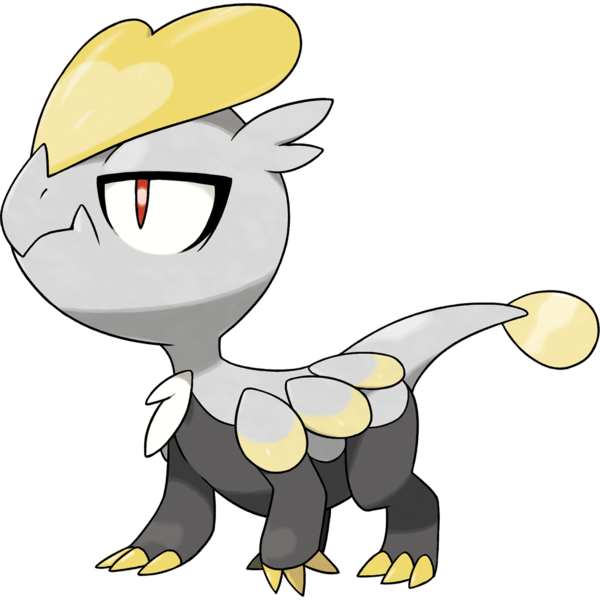 Already, we've reached the last "normal" Pokemon in the Alolan dex; the obligatory pseudolegendary dragon type, and it's a fairly cute little lizard, decorated with oversized, metallic scales that apparently "jangle" with its every movement. Though its Japanese name is completely different, the "mo-o" used in other localizations is taken from mo'o, a Polynesian word for basically "lizard" but especially gecko lizards, which were often given supernatural powers and even huge, dragon-like forms in various tales. What I really like, outright love even, is the face of this design; those eyes are just perfect. 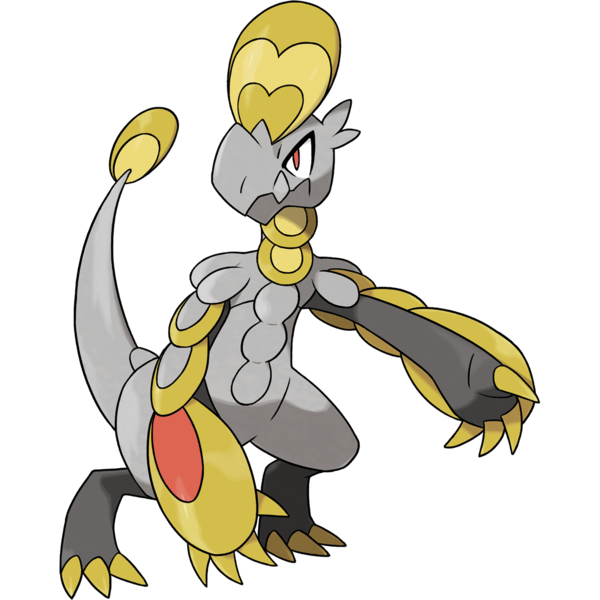 We see what this line is going for once it evolves into Hakamo-o, the first-ever Dragon/Fighting pokemon. Its many loose, golden scales serve as both protective armor and nasty weapons, "shredding" opponents with its "scaly punches." 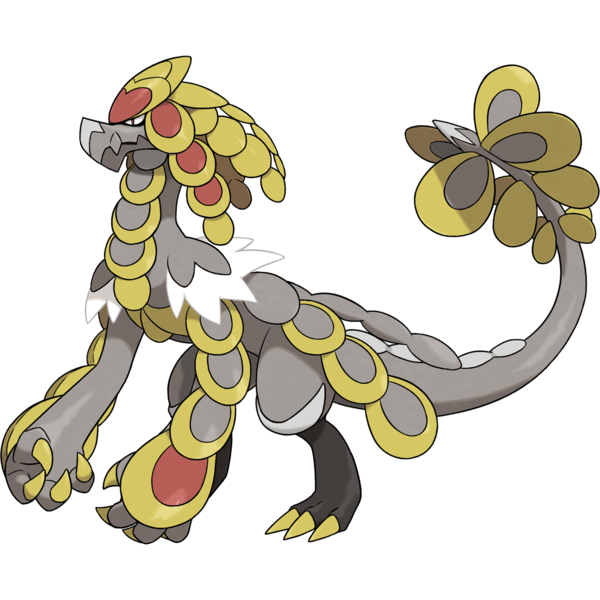 No real surprises with the final stage, Kommo-o; it's the same idea as its predecessor, pushed farther into the kind of flashy final dragon we've come to expect. For some reason, at the time of this writing, Bulbapedia claims this is based on an anklyosaur, but I really don't see it. If anything, it's more like a monitor lizard, maybe even a Komodo dragon, which would make sense considering it's a big lizard that lives on an island, but I feel like Salazzle was much closer to the spirit of Varanus komodoensis.

The idea of a martial artist dragon-lizard decked out in shiny scales is a fairly solid one I guess, just not really my thing, and Kommo-o's "headdress" looks kind of weird; one of those vague references to some sort of non-specific "tribal" headgear, or something. Comparing with Salazzle again, the sharp angles of Kommo-o's face also feel relatively unappealing to me after so many smooth and flowing designs this generation. I guess I've been spoiled. Kinda neat how its face is axe-shaped, though?

I'll give it a four just because it's something very different for a dragon type, and the "giant scales as armor" is a fun idea for a lizard.