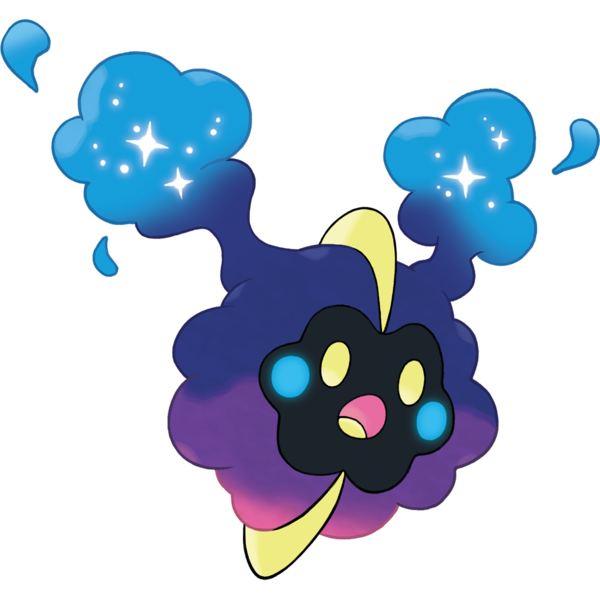 Pokemon Sun and Moon shake up a number of minor series conventions, and among them is our first-ever example of a legendary pokemon that evolves, beginning as the psychic-type "Cosmog" here, an adorable little blob of space-matter with a very pleasant color scheme, fading from that sparkly blue sky to the deep, dark purple. A Cosmog named "Nebby" plays an important role in the game's storyline, but we'll talk about that on our next page. 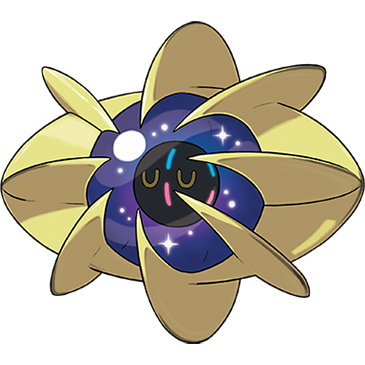 Cosmog eventually evolves into Cosmoem, resembling a piece of the galaxy itself contained in an amulet. Kinda reminds you of all those chrysalis Pokemon, right? Neat, if not quite as interesting as Cosmog, even if that sleepy little face is pinchably adorable. 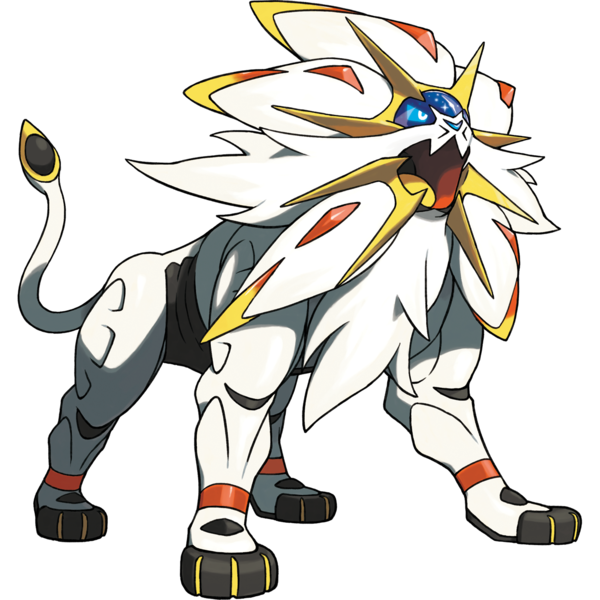 As long as it's kept safe from Vincent D'Onofrio, Cosmoem will ultimately evolve into one of two possible beasts, depending on your version of the game. In Pokemon Sun, you get Solgaleo, an interestingly steel/psychic lion symbolizing the sun. You would expect fire typing in there, but a solar-oriented metal monster is a lot cooler. While I'm not especially into lions, this is a VERY nice looking design, the petal-like mane is elaborate and important looking without being clunky or messy, and it retains the "galaxy in a bubble" aspect of its predecessors with a cool, transparent cranium! 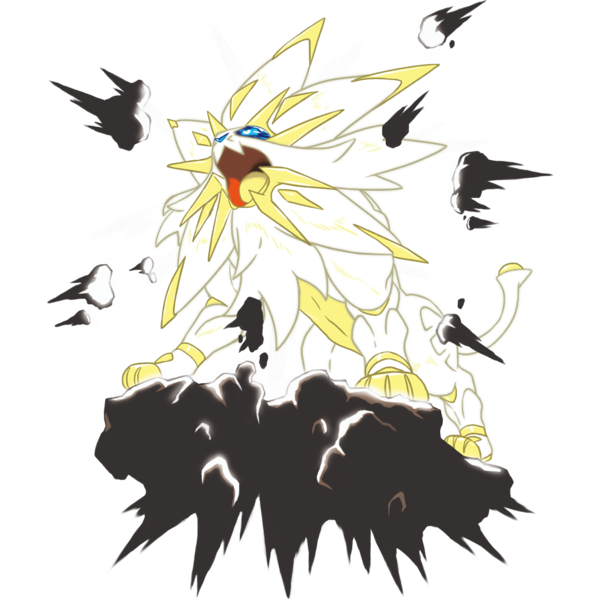 Sun and Moon seems to be the generation of signature moves and abilities, and when Solgaleo uses its "Sunsteel Strike," it momentarily takes on its shining "Radiant Sun Phase," a novel touch that adds an even stronger "mythical" sense to this demigod.

Solgaleo is also one of the few legendary Pokemon with an official gender, said to be the "male" of Cosmoem's two possible evolutions. 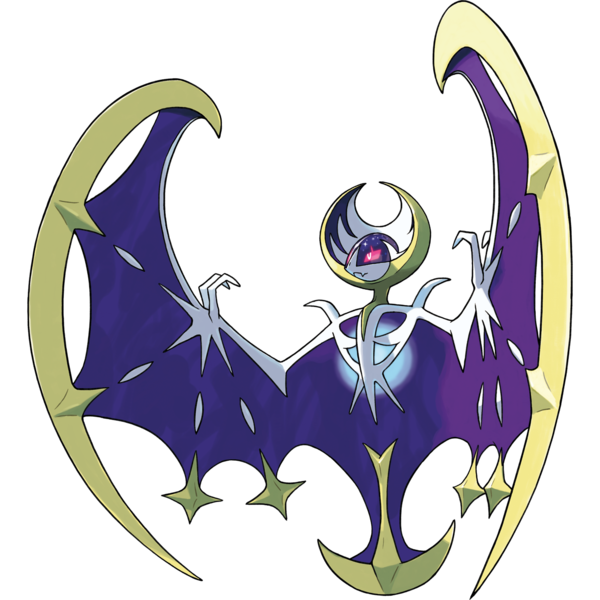 The real prize, however, comes only to owners of Pokemon Moon. Lunala, the psychic/ghost bat and Solgaleo's "female" counterpart. Of all the "big name" cover-art legendaries we've seen, I have to say Lunala is by far one of the best looking alongside Yvetal, though maybe I just feel this way because she's a big, spooky moon bat. Look at her, though! The little batty fangs! The spooky purple eyes! The crescent moon wing-blades! The BONES! How many Pokemon have visible skeletons!?! Practically none, unless you count Duskull's face or the Cubone line, but carrying your mom's skeleton around doesn't count, Cubone! That's cheating!! 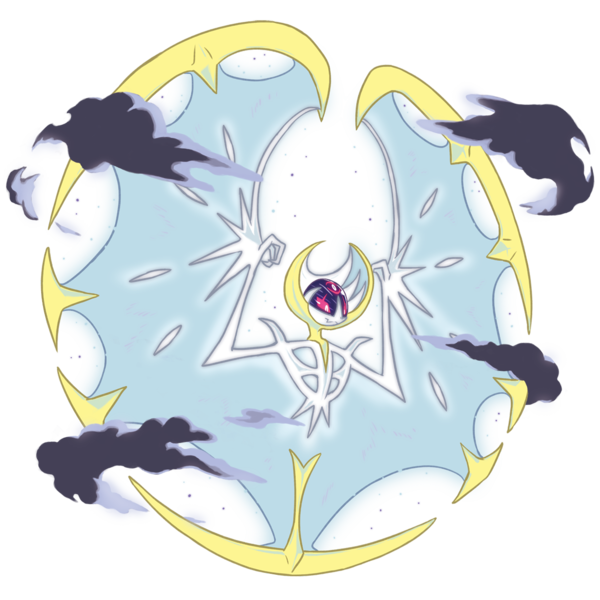 Like Solgaleo, Lunala has her own powered-up mode, her "Full Moon Phase," where her various blades look even better and her beautiful bones light up like an X-ray scan. As a certified scientific expert on Halloween, this is bar none the most spookular legendary we've ever had.

One really interesting thing about these two, though? Like many Pokemon, they're said to have originated from some alternate dimension, but Solgaleo and Lunala have an exceptional capacity to open wormholes between worlds, which will bring us to our next Pokemon...and I don't think I've ever been so excited for this end of a pokedex before.