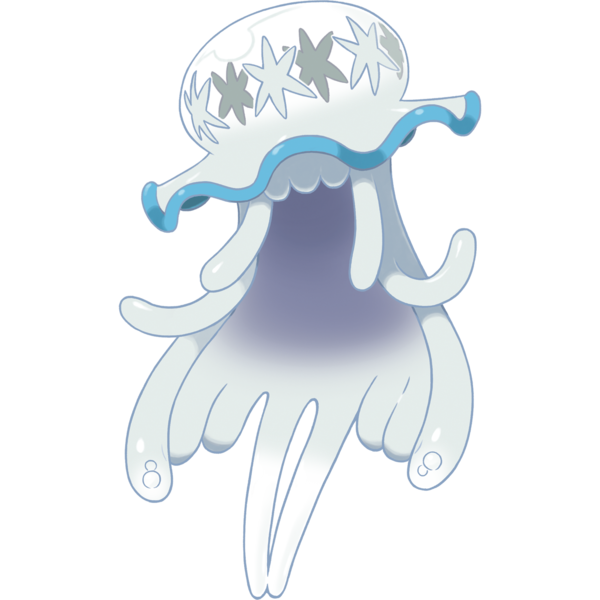 AW MAN, where do I even start here!? It was only a couple of months into the Sun and Moon hype that Nintendo dropped a shocker on us: a monster they weren't even calling a Pokemon at all, but something called an "Ultra Beast," with only a codename to distinguish its species. Sleek, faceless and menacing, UB-01 looked nothing like the more cartoonish style of even the most sinister pocket monsters we're familiar with, though its official descriptions - and several of its animations - emphasize unsettlingly playful, child-like behavior compared to that of a "young girl."

...So, what's the deal!? To appreciate the Ultra Beasts, and especially Nihilego, we'll actually have to delve further into Sun and Moon's in-game storyline... 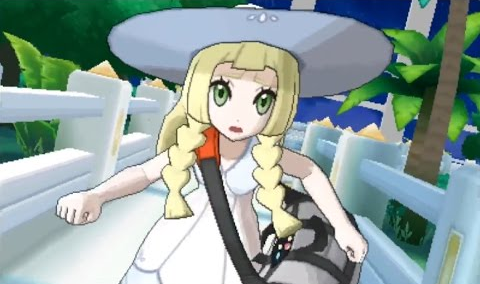 We briefly mentioned Lillie on our last page, a mysterious, shy little kid who befriends your trainer early in the game, assists the region's Pokemon Professor and appears to be on the run from something with her partner Pokemon, the Cosmog Nebby.

Unusually for pretty much anyone in the Pokemon world, Lillie abhors Pokemon battle and fighting of every sort, terrified of her little Nebby getting hurt. Total freakshow, right!? Who doesn't want their beloved pets to tear apart other people's beloved pets?! 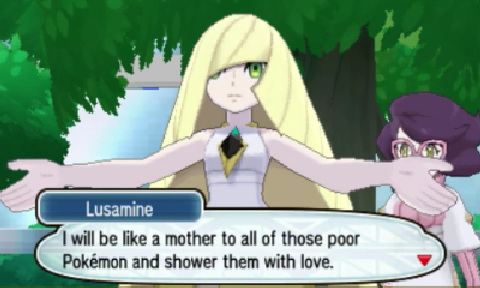 Cynicism aside, Lillie's fear of any and all confrontation is actually fairly typical of a kid who's been mistreated by the people closest to them, and Pokemon doesn't shy away from that being precisely the case. Lillie's mother, Lusamine, is the president of the mysterious Aether Foundation, a Pokemon conservation and research group with a utopian environmental message, sanitary aesthetic and almost angelic public image, just to be sure you're not the least bit surprised that they're actually up to no good at all...or at least Lusamine herself isn't.

In particular, Lusamine has an unhealthy fixation on something called an "ultra wormhole" and what lurks on the other side... ...You caught the resemblance here, right? Lillie mentions at one point that her hair and clothes were always strictly controlled by her overbearing mom. An overbearing mom completely enraptured with an otherworldly jellyfish. 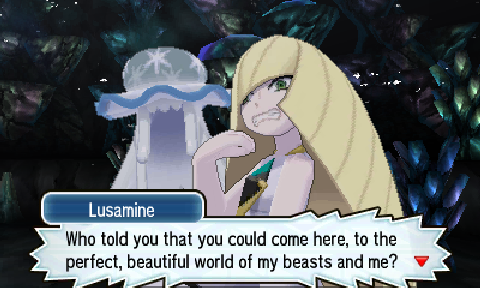 While the further details remain ambiguous, we eventually learn that Lusamine's obsession with "Ultra Space" began after her husband - a fellow scientist and the father of her children - was lost to it forever and presumably consumed by UB-01, the "symbiont" Ultra Beast Lusamine officially dubs Nihilego.

As an aside, I'd like to point out once more than "symbiont" and "parasite" are not the two different categories they're so commonly misconstrued to be; parasitism is a type of symbiosis. 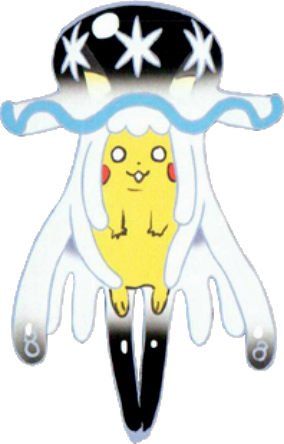 While Lusamine's traumatic loss is undoubtedly a driving force behind her obsession with Nihilego, its parasitic capabilities surely deserve at least half of the credit. As demonstrated by this wonderful conceptual art, Nihilego is capable of latching on to another living thing and pumping it full of mind-warping neurotoxins. Neurotoxins which, quote, "stimulate intense feelings of excitement while causing a loss of inhibitions" to turn otherwise peaceful people and Pokemon to bouts of mindless violence.

...Which brings us to one of the single coolest visuals this series has ever thrown at us: 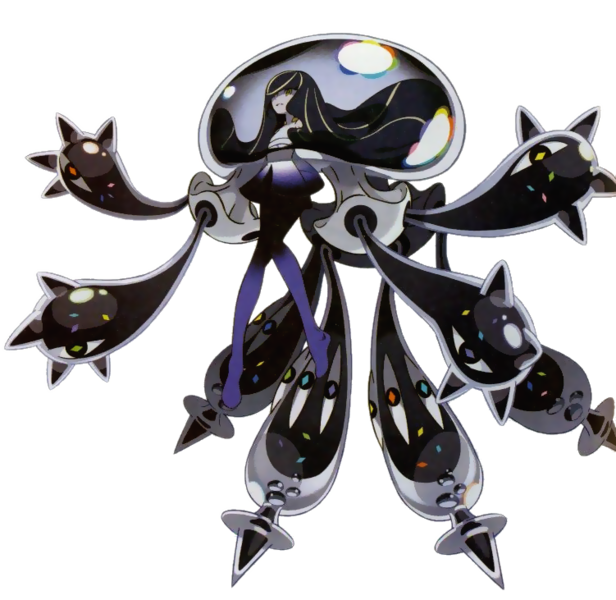 Merging completely with her beloved parasites in the eerie, crystalline caverns of Ultra Space, Lusamine becomes the human control center to a massive, multi-eyed cosmic nightmare unlike anything we've ever witnessed in a Pokemon game, a cosmic nightmare which then proceeds to......throw a pokeball at us and initiate a Pokemon match, as a rival trainer. 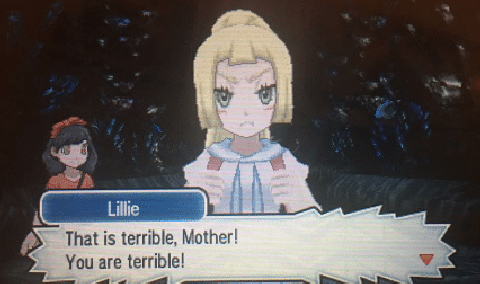 Following her final defeat, Lusamine is retrieved from the wormhole in a helplessly weak condition, her newly empowered daughter setting off on her own quest to find a cure for Nihilego's poison and get her old mother back. Whether we'll see more of her story isn't yet certain, but we're only a year away from the likely announcement of another game or two in the Sun and Moon generation, so time will tell.

Meanwhile, a recently reformed Aether foundation hooks us players up with the hilariously named Beast Balls, allowing us to hunt down the remaining Ultra Beasts, and yes, capture them just like any other pocket monsters. Is this, too, anticlimactic? Some fans were disappointed that the creatures turned out to be 'mons like any other, and I can understand that, but I'd have been far sadder if I couldn't pat a parasitic space-horror on its little head and feed it beans.

Even without the sci-fi-horror-epic surrounding it, Nihilego's design and concept stand wonderfully on their own. The resemblance to a flowery "hat" and "hair" is a stroke of brilliance both for any jellyfish-like monster and for a cranial parasite, while its unique rock/poison typing reflects a glass-like, crystalloid lifeform from a very different universe. This is the sort of body-snatching, life-sucking monstrosity we've faced in countless other video games, under names like Metroid or Head Crab or Flood, only this time...you can be its friend.