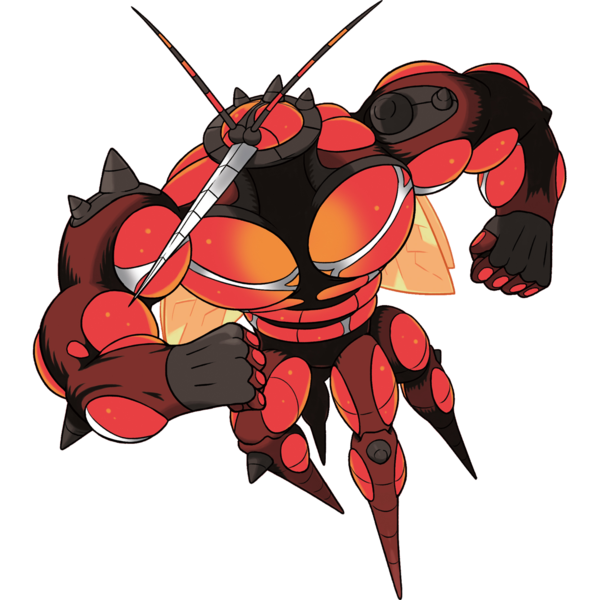 OH MY GOD, WHAT?!?...Was my reaction seeing this Ultrabeast in mid-2016. I've had almost a year to get used to "Absorption" now, but I'm still incredulous that a mosquito - one of my top five most wanted animals since the first generation - wound up being a quasi-legendary Pokemon, let alone a bug/fighting monstrosity with titanic guns and shredded abs. What artistic mastermind looked at a spindly, bloodsucking fly and decided it was the perfect animal to turn into a Herculean bodybuilder?! This is what I was talking about when I said my mixed feelings about Ribombee would be compensated for in spades.

And they named the damn thing BUZZ SWOLE. That is priceless. 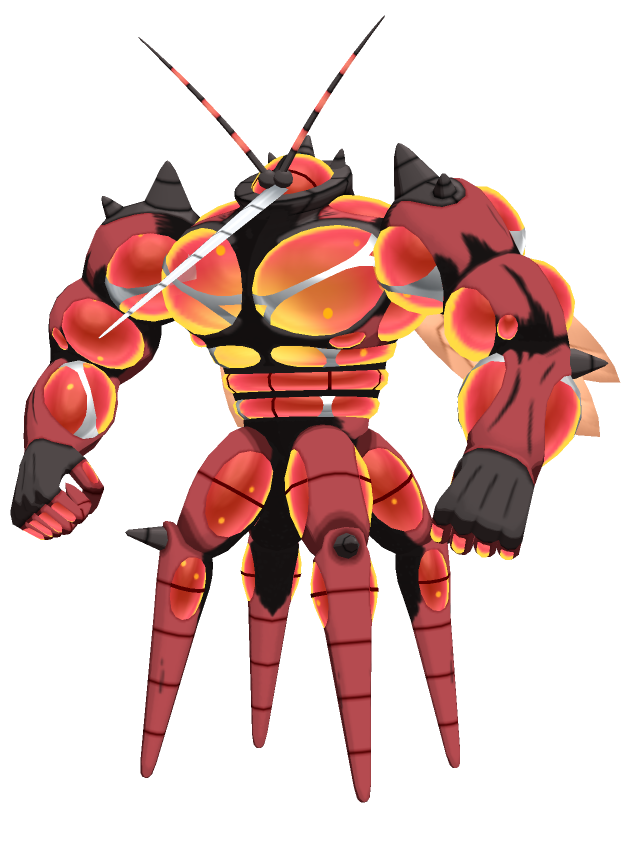 Though the dex only wants to call it "energy" that Buzzwole drains, we all know what mosquitoes - at least female mosquitoes - feed on from other living things, and we all know what that looks like floating around in Buzzwole's transparent muscles. This thing pumps up its pecs with the blood of its enemies, a concept so over the top that I can't possibly care how little sense it makes.

Best of all? The personality.
Look at it. Look at Buzzwole flexing and showing off. Look at how it actually uses its proboscis on pokebeans. I cannot believe this is an actual, real Pokemon. It's not even designed anything like a Pokemon, which some people find kind of off-putting, but it's not as if real animals in real life all look like the same "artist" came up with them. I am entirely open to radically varied, even outright clashing design styles coexisting in this franchise.

Heck, the only critique I CAN come up with - besides the trivial fact that mosquitoes, like other flies, should have only two wings - is that I might have expected the "Ultra Beasts" to draw a little less from recognizable animals. Why does this thing from an alien world look like a buff mosquito? I can agree with those who wish the line between Pokemon and Ultra Beast were a little more defined, but I believe there's a good reason it's so blurred, and we'll talk about it soon.

Buzzwole is by far my favorite UB and now one of my five or six favorite Pokemon in the series, but tomorrow's addition - and Buzzwole's version counterpart - is very nearly as exciting.