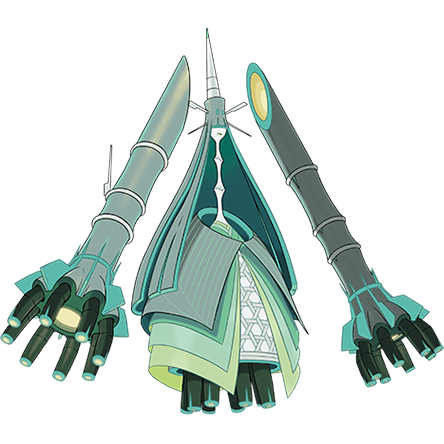 While not even necessarily my personal favorite, I have to say that this thing feels the most "Ultra Beast" of the Ultra Beasts. This is the sort of thing that comes to mind when you tell me the Pokemon world has been invaded by surreal paradimensional supermonsters, and I really do wish a few more of these things were this elaborately weird. Though it doesn't actually look like any particular object or organism, the steel/flying Celesteela is evocative (a word I'm really throwing around a lot lately) of bamboo shoots, a starship, and a very, very distorted humanoid in a kimono.

Also, it's like fifty feet tall and its arms are light cannons. 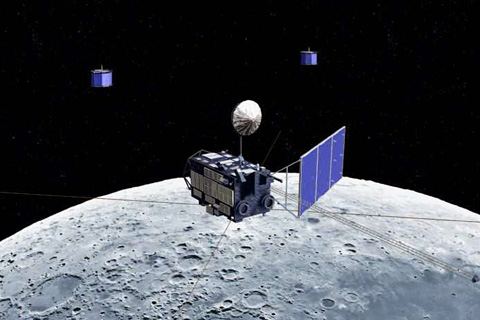 These design elements may seem eclectic to most, but you can probably guess that there's a set of very, very Japanese cultural references at work here. In 2007, Japan's space program launched the Selenological and Engineering Explorer probe to orbit and eventually impact with the moon.

This craft's "official" nickname was SELENE, but Japanese media quickly dubbed it Kaguya, in reference to The Tale of the Bamboo Cutter, in which a mysterious little girl is found inside a glowing bamboo shoot, grows into a beautiful princess, and must eventually return to her rightful kingdom on the moon.

So, we've got an entity here simultaneously representing the bamboo, the moon princess, and the spacecraft, each of which blends elegantly enough with the next that the end result looks at once like all of them and none of them, a seamlessly bizarre design that both does and does not make sense.

I do feel that perhaps Celesteela's big, chunky bamboo "arms" clash with the intricate decor of its main body and could have stood to be spindlier, but it's still a pretty cool visual, and I really can't get over the coolness of that head. The elongated, almost skeletal looking neck is downright haunting, while the round, luminous little eyes(?) on its "hair" add a dash of cute without subtracting from its monstrousness. 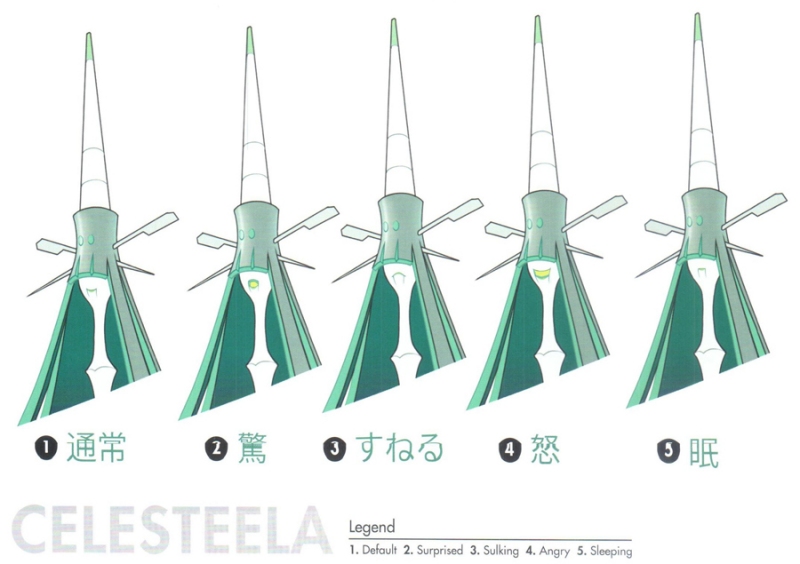 What I do really wish is that we knew a little more about who this thing is. We're told that Celesteela produces enormous amounts of energy and can achieve space flight, but that's pretty much it. We don't get as much of a glimpse into its personal quirks as we do the other UB's or, for that matter, most other Pokemon.

I also have to say that I really do love almost every Ultra Beast in its own special way, but I find myself wishing that they overall took more after Celesteela - that I might like some of them better as "normal" Pokemon to make room for a few more UB's this ethereal.