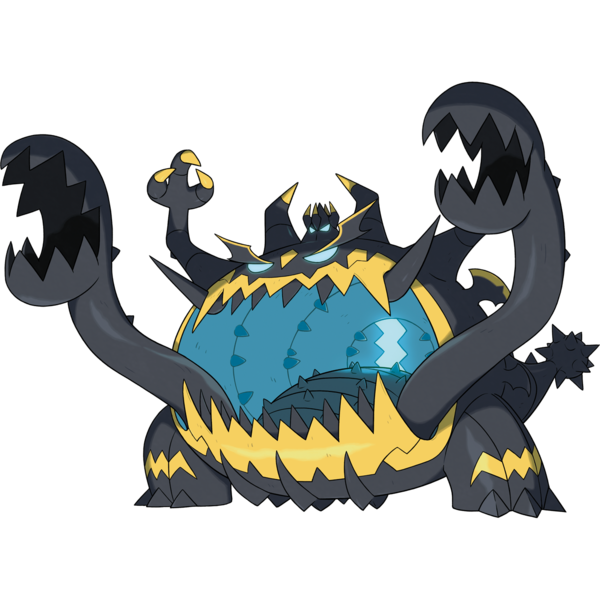 I'm sorry to say that the "last" (kind of) Ultra Beast doesn't really grab me the same as the others. On paper, it's something I should like; a huge, ravenous eating machine with a throat like a garbage disposal and an overall aesthetic that sort of combines a crab, a pumpkin, a toad and maybe a dash of deep-sea fish, but I guess it's just a little too cluttered for me, its overall number of blades, spines and wings just slightly too reminiscent of the third and fourth generation's strangely busy designs. I feel as though the bright yellow doesn't suit it too well, either, and it might have worked better with red, orange or even swampy green highlights. 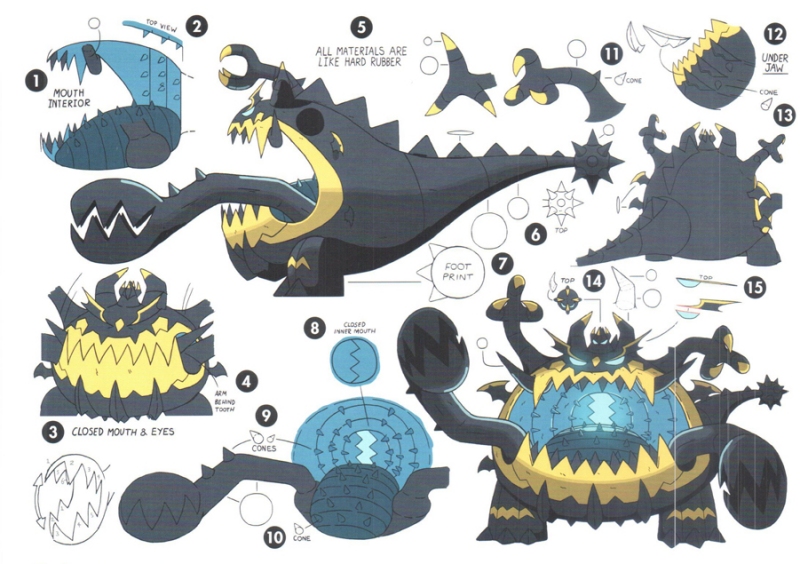 Still, this dark/dragon type fills a nice niche for a big-mouthed all-consuming hellbeast, I like the idea that it's all rubbery like an old tire and its Pokedex title of "Junkivore" supports the "garbage disposal" comparison. It's actually said to completely obliterate everything it consumes with no waste product, like its stomach contains a wormhole itself or burns all matter up into energy. It's also pretty cool how it has a sort of "crown" on top with its own little set of eyes, and as others have pointed out, if you interpret that as its "head," then the whole thing is almost a big, distorted humanoid, which is pretty fun. It's a devilish looking brute I can certainly see the appeal of, even if it's not my style. 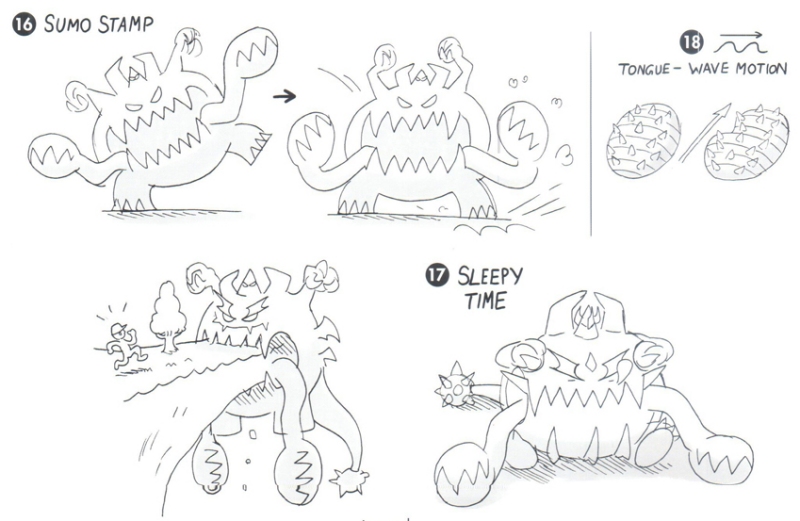 There's also that thing I keep mentioning about "personality," and as over-the-top beastly as Guzzlord is, it behaves more like a big, hungry, lazy puppy dog, which goes a lot farther to up its appeal than all those extra wings and horns it's decked in. Maybe with a nicer color scheme and fewer doo-dads, I'd have liked this one a lot more. I'll still give it a four, because I respect what they were going for here.