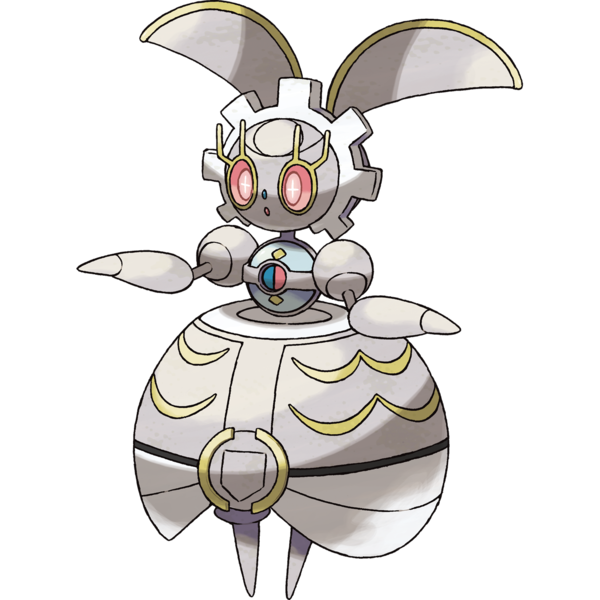 And with that, we really ARE done, for the time being, with the topic of Ultra Space, and back to business as usual when it comes to legendary Pokemon. Magearna here is at least a very interesting steel/fairy type, a pokeball-like clockwork being built by an inventor centuries in the past, but though Magearna was the first Sun and Moon Pokemon ever revealed, it ends up playing no significant role whatsoever in the game's plot. Instead, like many other late-dex legendaries, its story is explored by a tie-in movie, Volcanion and the Mechanical Marvel.

Magearna's design, I think, is pretty fun. It's cool to have a completely mechanical Pokemon, unlike the more ambiguous Magnemite or Klink and the cybernetic Genesect, and I find its little face genuinely cute.

What's really interesting, however, is Magearna's "true form," a luminous core hidden in its chest that supposedly contains the "life energy" of other Pokemon, and yes, that's exactly what it sounds like, since its unique "soul heart" ability powers up Magearna's special attack every time another Pokemon faints.