I'm setting that unpleasantness aside now, to review the new wave of Pokemon as designs on their own merits, just as I always have; I've never let the qualities of a game affect how I feel about the creature designs themselves, and I'm not about to start. Meltan is an unusual Pokemon because it's "officially" considered part of the previous generation and even had a major role in the Sun and Moon anime, but debuted after they wrapped up Alola in the games. It was available in Pokemon Go first and is now a part of Sword and Shield, the very first time that a non-legendary Pokemon has been added to the Pokedex between one region's legendaries and the next region's starters.

So what made this one that special, anyway? It's certainly a fun one, sure; a pure steel type with a body of liquid metal, it dissolves and consumes metal objects to add to its own body, using a huge hexagonal nut for its "head" with a magnetic ball-bearing "eye" suspended within! Definitely a cute, novel and interesting entity, even if its little body is almost a recolored Ditto. 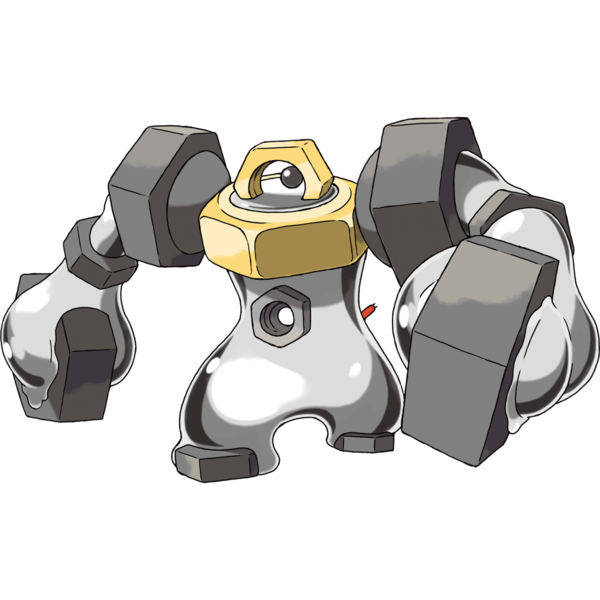 Meltan evolved into Melmetal, and it's probably the kind of thing you hoped for if you were a big fan of Meltan's design as-is. It basically just gains a whole lot more body, retaining the iconic hex-nut head, which is actually how it should be. Any time a Pokemon's evolution loses a feature that made the Pokemon stand out, I'm pretty sure an angel loses its wings somewhere. Collectively, Meltan and Melmetal both earn a 4/5...but we're not done with them exactly. 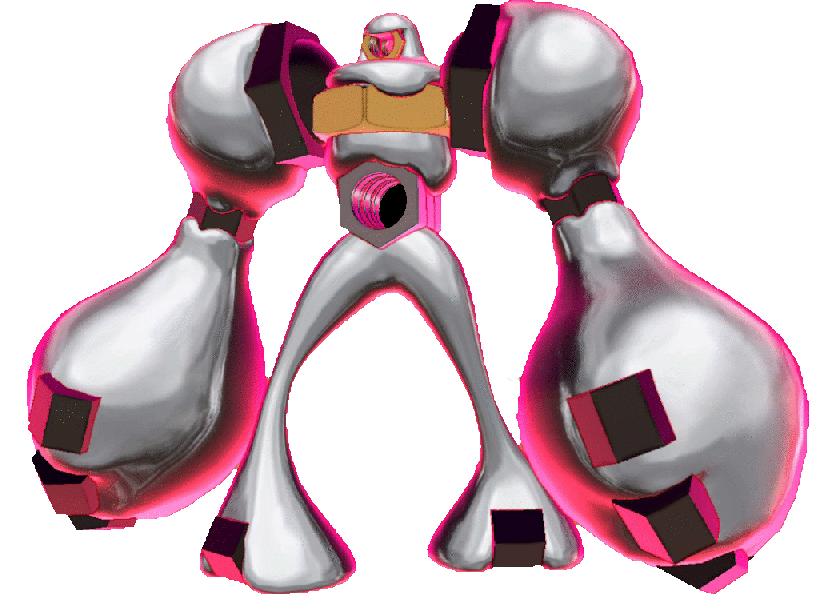 Meet Gigantamax Melmetal. "Gigantamax!?" say those of you living under a rock. "What the hell is Gigantamax?!"

The Galar region introduced a brand new battle mechanic to Pokemon known as Dynamax, which allows absolutely any Pokemon in the game to grow several times larger for exactly three turns, and a select few even take it a step farther with Gigantamax forms, modifying their design and gaining a unique signature move.

It's a very fun and interesting concept, but the play mechanics of it are a little anticlimactic to me. All it really does is greatly increase a Pokemon's maximum health for those three turns, but this may as well be an entire extra couple of guaranteed turns for a Pokemon that already has average to decent durability. In the end, it was determined to be cheap enough by the competitive community on "Pokemon Showdown" that they banned it altogether.

There's also the fact that we no longer know if ANYTHING introduced in Pokemon will stick around anymore, with all Mega Evolutions and over half the dex removed from this game. If a Gigantamax form happens to be your new favorite Pokemon...I guess you just can't get too attached.

As the first Kaijumon we're looking at, G-Melmetal is fairly nice. It looks a lot like an Earthbound enemy, and I like how the additional molten metal draped atop gives it more of a head with an eye, rather than a head that is an eye. Obviously I'm a bigger fan of the latter, but it's nice to have options, you know?

I rate this form another 4/5, so that's basically the score for the entire line.