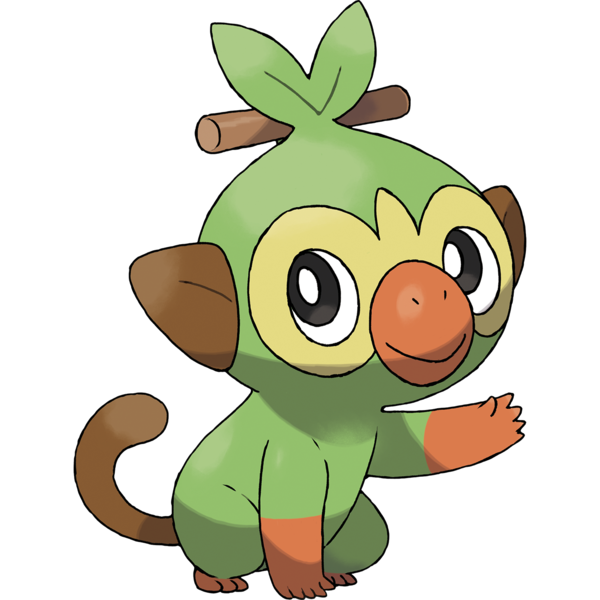 Well, here we go, the true start of Pokemon's eighth generation, beginning as always with the grass starter. The grass starter is usually my favorite of the three, but that's also because it's usually an animal I care about, like a lizard or an owl.

So, let's get one thing clear here: if you love apes and monkeys or there's any other reason you love this line, you are a valid, pure soul and I respect you and your tastes. I am glad you have yet another of these unclean beasts to play the game with. THUMBS UP!

But if you've read all of my Pokemon reviews, you know I tend to find primate-based creatures samey and underwhelming in general, even moreso as Pokemon. It's not their fault, obviously; there's a few that demonstrate how stylish and interesting they can be, like the original Mankey line or Darumakka, but tragically, Grookey may be my least favorite grass starter in the series, if not least favorite starter overall. So, again, I hope we can still be friends if you love primates, but this one just isn't for me. 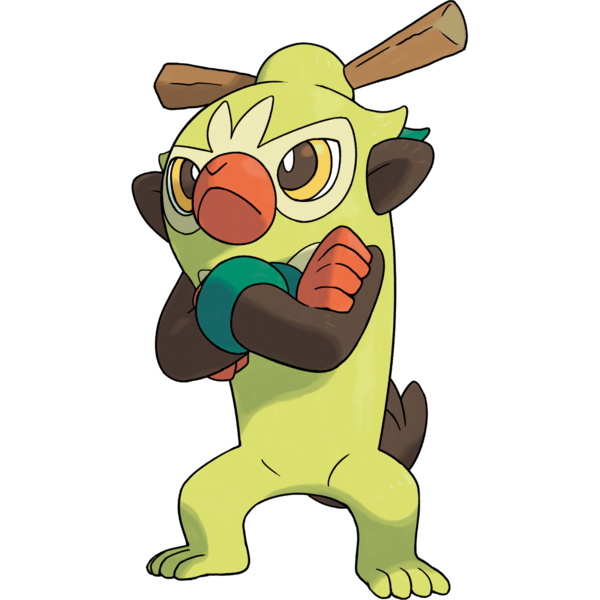 The one thing I do find very interesting about this line is that it does continue the "evolutionary history" motif of all grass starters, which many people may have still missed was a thing, so, let's RECAP that:

The Bulba line is quasi-confirmed to be based on frogs or toads, but I feel like it was definitely still intended to come across as a prehistoric beast by the time it finishes evolving, or is at least retroactively thought of that way. It doesn't matter as much for the first gen, when they were first figuring things out, but by the second gen our grass starter evolved into a full-blown sauropod. Next we had a leaf-tailed gecko that took a detour into something resembling an arboreal, feathered dinosaur. After that, a tortoise that evolved like an anklyosauroid. Snivy is a vine snake that starts off with arms and legs, and we get to watch it lose a pair of limbs as it evolves, though Serperior still retains the upper arms behind its back! The gen after that was a hedgehog that evolved into a giant armadillo, and finally, we got an owl that evolved into a ghost-type owl, and it's very likely based on the recently extinct "stilt owls" of the Hawaiian islands.

So it's a fairly subtle pattern, but it is a consistent pattern that there is a "prehistoric" element to every grass starter at some point in its evolutionary progression, and I think it should be obvious what that is with Grookey and now Thwackey here. They both use sticks as tools, specifically to beat on objects and produce drum rhythms they use to communicate with their own kind. I genuinely like that! It would be really cool if this line had evolved to look more blatantly like some kind of mossy "caveman" or "sasquatch," but I've already gone and worded this according to the fact that no, they do not. 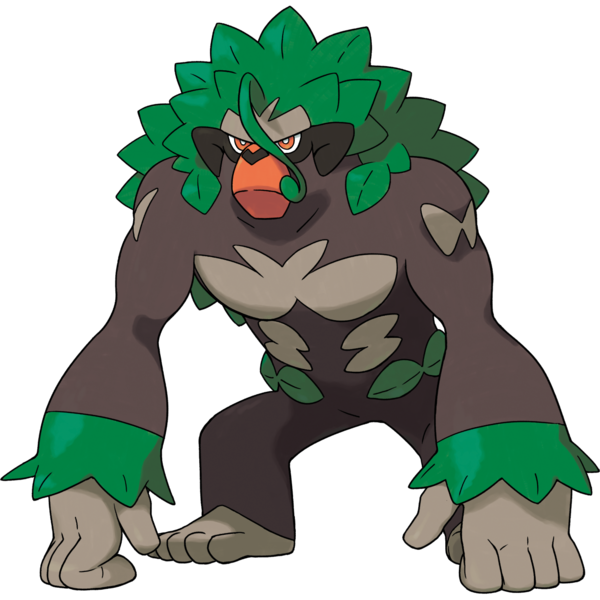 The idea here is still obviously an ape evolving towards "civilization," and it has a smidge of "Neanderthal" in its design which is, again, a neat concept if that's really what they were thinking, but I just can't get into what an ordinary cartoon ape Rillaboom is at the end fo the day. It's the first Pokemon ape we've had that just looks like a regular gorilla, so it certainly fills a niche if that's something you always wanted, but was that an important enough niche for a coveted starter spot? And could they not have come up with anything more to make this design stand out? The base creature should still feel iconic and creative if you take away its accessories, but if you do that here, you really just get a gorilla guy with leaves on top. It feels kind of like the first thing almost any artist would sketch if they were asked to make a grass-type ape, before they added more of a Pokemon-style twist to it.

I can't emphasize enough that IF YOU LIKE IT, I LIKE THAT YOU LIKE IT, I don't think you have bad taste and I'm really tired of people interpreting my personal opinions as absolute statements on whether something is "good" or "bad." This entire feature is for nothing more or less than the fun of expressing what a bunch of cartoon animals mean to me, and it just happens that an ape is a bad foot for this generation and I to start off on. I am haunted as it is by terrible nightmare visions of a suffering world in which we're all apes. Can you even imagine primates driving primate-built cars, dwelling in primate-built architecture? Voting for primate politicians? Worshipping primate gods? Filthy warm-blood bipeds landing on the moon? Come on, Pokemon, you're supposed to be fun. Don't make me think of terrible, gross, fake stuff like that!