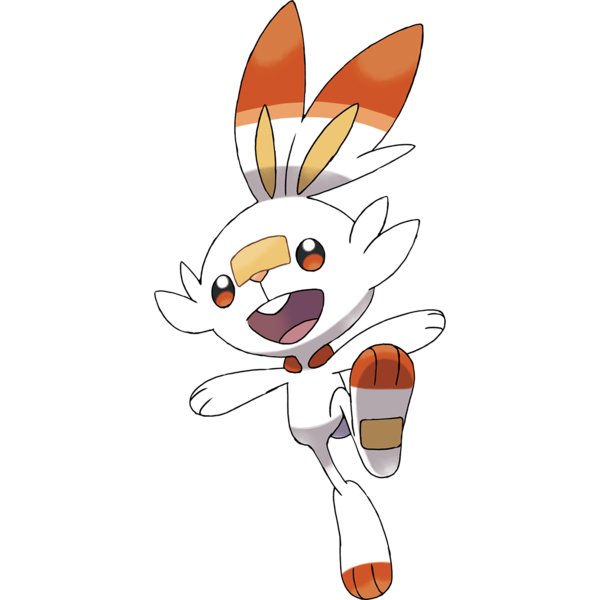 Much, much more acceptable than a grass-type monkey. Yes, we've had lagomorph Pokemon before, but one evolves into a highly divisive Playboy Bunny and another into a highly divisive (but better) shaggy construction-worker rabbit. Scorbunny seems like the cute, straightforward cartoon bunny rabbit any bunny fan can get behind, and as fire starters continue to draw from the Zodiac (are there still people arguing against this??) we knew we would get to this sooner or later. I think Scorbunny has a lot of personality. Our friend that we also live with is a huge rabbit fan, and it sounds like he'd give Scorbunny a 5/5 as the kind of rabbit Pokemon he always wanted. I like rabbits but am not particularly all about them, so I give this one 4. I like the little bandage-like bits on it, which are apparently what generate its heat! 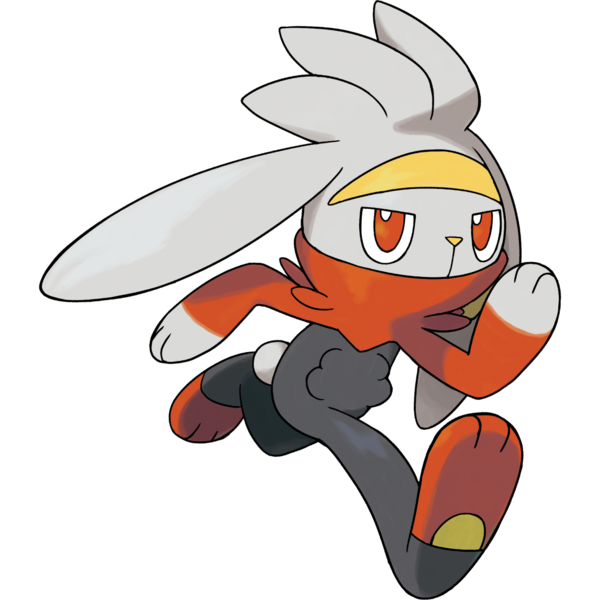 ...BUt then, with Raboot, we begin the downturn. I personally kind of like it, I like its floppier ears and I like its eyes and I like the fur that forms a scarf over its mouth, but I can see how it's becoming what it is about to become. 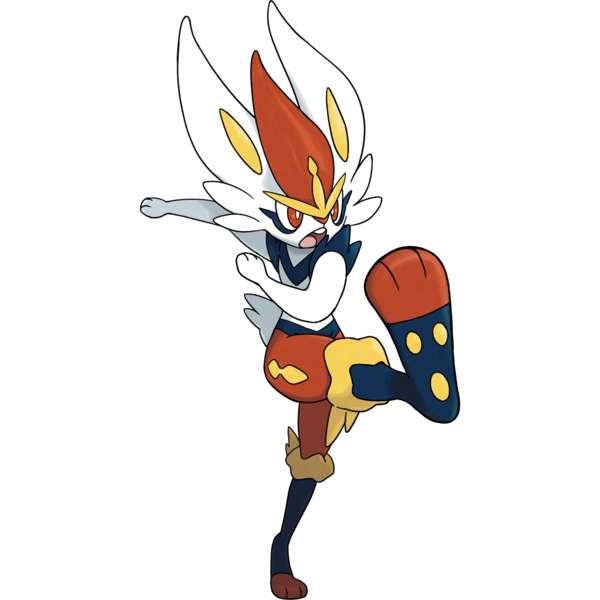 There had to have been ways to make even a rabbit-person a cool starter, but this is just some anime soccer player with kind of a bunny face. It doesn't have a theme I find interesting, it doesn't build on anything unique about its animal base, rabbit-loving friend finds it a SOUL-CRUSHING direction for Scorbunny to have taken and I also have to say this is one of the world's most unpleasant possible color combinations. Scorbunny was just a nice, fuzzy white bunny with some warm orange extremities. That was fine! Here, we have a bright white base with scattered elements of oversaturated "American Flag" blue all topped off with the dusty brick red and mustard yellow of an aging McDonald's. Lagomorphs don't even HAVE toe beans! They have NOE beans!!!

Now, I know what some of you are thinking: this is off to a REALLY bad start, and you're not looking forward to more negativity. Maybe some of you even think I'm being overly negative because my standards for Pokemon have grown too high or because other, unrelated elements of the new games let me down.

Well, you're right that there's going to be more negativity, but you're wrong that I'm being harder than I normally would. Even after the Pokedex decision and my lack of interest in playing, I was still wildly excited to see and review the new Pokemon designs, haunting the seediest depths of the internet almost non-stop to see what was going to leak next.

I can absolutely guarantee you, whether you happen to agree or not, that every single sentiment you've seen here or will continue to see here is my sincerest reaction to these creature designs, held to no higher or lower standards than any before them. Had Grookey been the grass starter of Gold and Silver or even the game's first-ever ape, I'm certain that it still would have bored me. And had Cinderace cropped up in any game, at any time, I'm afraid its cheese-stained American Flag palette would have still made me barfarooni. BARFAROONI, I said!!!!!