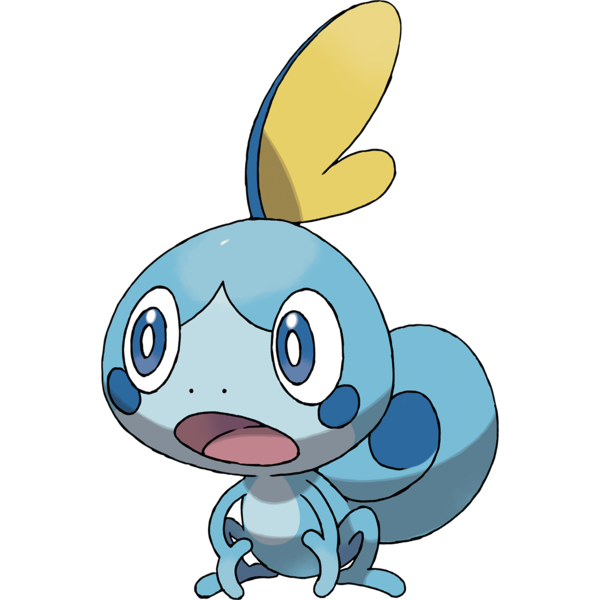 OUCH, you guys piled on those last two starters so hard I started to feel bad for them. I hope my disliking a design doesn't skew people's comments unfairly, though I've also had Pokemon reviews erupt with people upset at my scores, so I'm gonna say it wasn't just me that those last two were missing something.

But, hey...this one's a reptile! We got that lovely amphibian not too long ago, sure, and nowadays we know that there's not a lot of difference between what we thought of as "reptiles" and "birds," but you know what I mean! The last time we had a snake, turtle or lizard as a starter was Unova, almost exactly nine years prior to Galar. Back during the first gen, it really stood out to me that all three starters were Herpetological, and I remember thinking starters would always trend the most towards scaly creatures. We've had some cool starters since, but a part of me still wishes they had always been "cold-blooded" animals as a general rule.

So, Sobble. Weirdly enough this is the first water starter to NOT begin as a naturally amphibious animal, since it seems to borrow primarily from a chameleon. Odd. It gets its name from the fact that it defends itself by crying, and its tears apparently have a stinging acidic quality, like an onion, to make its attackers tear up as well. Naturally, it can turn invisible in water, and it can also squirt streams of water from its mouth.

My only critique, and this is something a few other people have pointed out now, is that all three if this region's starters have a similarly spherical head with ear-things on top. Admittedly Bulbasaur, Charmander and Squirtle also all had nearly the same face, but it had a lot more bone structure to it, and subsequent generations were a bit more varied. 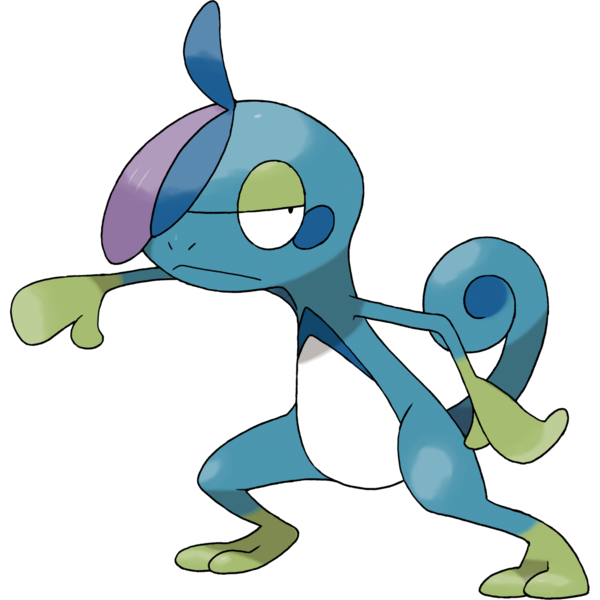 Drizzile suffers the usual awkwardness of a middle-stage starter, but I really like its gloomy emo look, which follows logically from a childhood of constantly weeping I guess. It does not, however, still exude water from its eyes, but makes "water balloons from its palms." Huh. REALLY wish it kept the crying theme. I generally think anything that stands out as unusual about a Pokemon should always be elaborated upon when it evolves. Not a fan of it standing upright, either, and we know exactly where that's going. 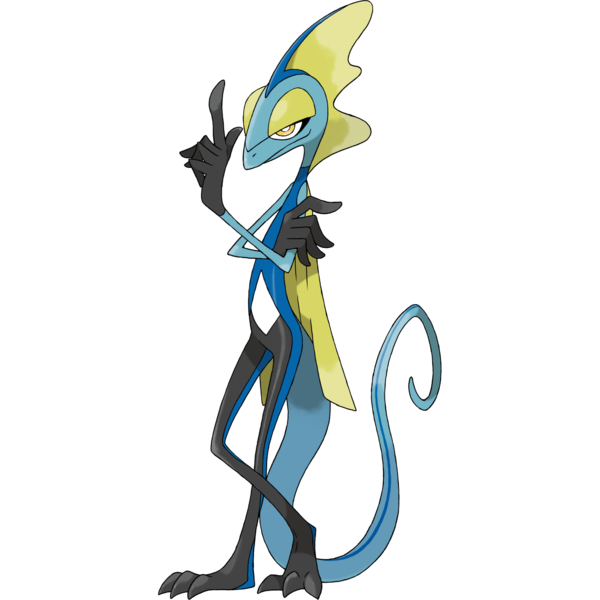 Siiiiigh. Alright...I don't HATE Inteleon, but neither do I especially love it. It's more of a basilisk lizard than a chameleon now, which makes more sense for the water starter; that's the lizard that can run on a water's surface! It even does so on its hind legs, so the anthropomorphism is at least a wee bit natural here. It has a Gen III or Gen IV feel to it that isn't too bad, and while the color pattern of its body isn't great, it is admittedly lifted from a wetsuit. The entire thing is basically supposed to look like a James Bond style spy, and it even shoots water from its fingers now as if they're "guns."

The only thing I do find kind of flawless about this Pokemon is the head. Some people detest it, but I think its face looks cool, has a fun degree of character and a classic Pokemon feel. The big buggy half-lidded eyes are especially endearing to me, and its skull shape is perfectly that of the lizards that inspired it. The real problem for me is that this cool, naturalistic reptile head juts from such a thin, straight, vertical body, and that looks awkward to me.

While its, uh, "motifs" were divisive, last generation's Salazzle shows us what could have been. It's evocative of a person in multiple ways, but its stance and proportions still say lizard. I think if Inteleon had less of a stick-figure physique and just leaned forward a little it would look downright great. Sadly, as it stands this Pokemon is just "inoffensive" to me, and that's the best thing I've been able to say about Galarian starters thus far. All three of them also have newly revealed Gigantamax forms, but those aren't coming until a DLC releases, and we don't review Pokemon here until they're fully released with all known information and quality images, so we won't actually get to those until after this generation's mythicals!