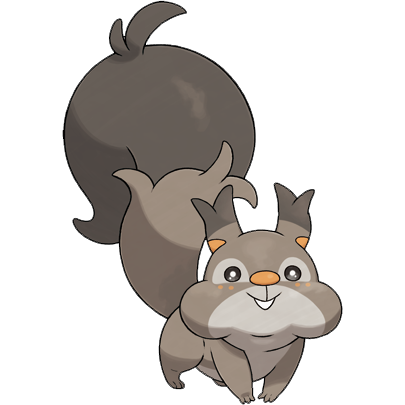 Now we have Galar's early-game mammal, and I'm sorry to say I find it immediately off-putting. I'm pretty sure it's because it looks like a Cabbage Patch doll, and I know it's passe to act like dolls are so creepy-crawly, but I don't even normally think dolls or maneqquins are unsettling at all. In fact, I don't usually find anything at all to be ugly or creepy or gross looking, but it's Cabbage Patch Kids specifically that I always found uncanny.

In fact I'm told that when I was a baby myself, the sight of these things made me scream bloody murder and I'd run from the room when their commercials came on, so I guess my issue with Skwovet is some kind of deeply ingrained visceral response. If you modeled a horror monster like this I'd give it a 5/5 for effectively grossing me out, but this Pokemon wasn't really supposed to be ghoulish. 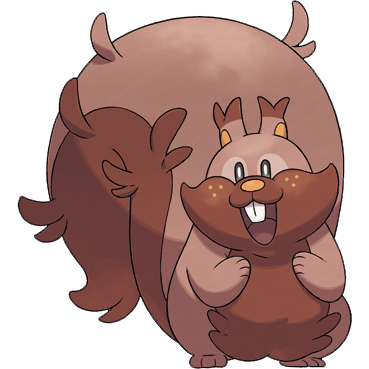 Greedent fares a little bit better and looks a lot less like a drowned corpse but there's still something about it that misses the mark of what makes a design cute to me, and just narrowly enough that it feels a little frustrating, like it was NEARLY there. It's ALMOST adorable. It kind of ends up reminding me of 90's animal cartoons, like Tiny Toons, which I similarly thought had weirdly unappealing design sensibilities. It's too bad, because these two Pokemon have pleasantly naturalistic, fluffy wild animal designs I'd really approve of otherwise. Again, almost there, but subtleties to their final look are strangely unwholesome to my tastes.