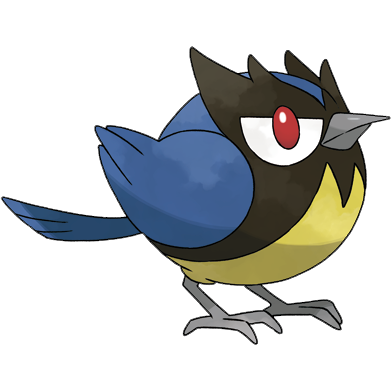 Moving on to Galar's obligatory basic bird, Rookidee is a fairly typical but competent one, said to have a zeal for battle despite its small size. Some people have expressed irritation at how its red "pupils" overlap its "eyelids," but they're looking at it all wrong! The red "pupils" are the animal's entire eyes, with surrounding white plumage that merely resembles larger, angrier eyes. This is taken from real "chikadees" and especially from a bird called a great tit:

Rookidee's shiny form even has the same coloration as actual great tits! I like that! You do have to have SOME "normal animals" in a Pokemon generation, and I like when those get ultra-specific like this. 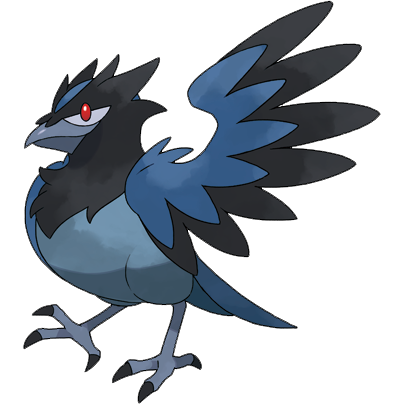 ANYWAY the thing I said about a great tit's eyes is a little more obvious on Corvisquire, which now exhibits aspects of both a crow and a jay, both of which are corvids. Like its inspiration, it's now said to be so intelligent it can make use of simple tools.

I at first missed the fact that Rookidee and Corvisquire are pure flying type though, rather than normal/flying, and I'm actually not a fan of this decision. I like the world building aspect of "flying" appended to "normal" if the flying creature is just a winged animal like a bird. I enjoyed that they were seemingly saving pure flying for "wind elemental" entities and would have expected future examples to be things like sentient whirlwinds or clouds or atmospheric energy creatures. Boo! 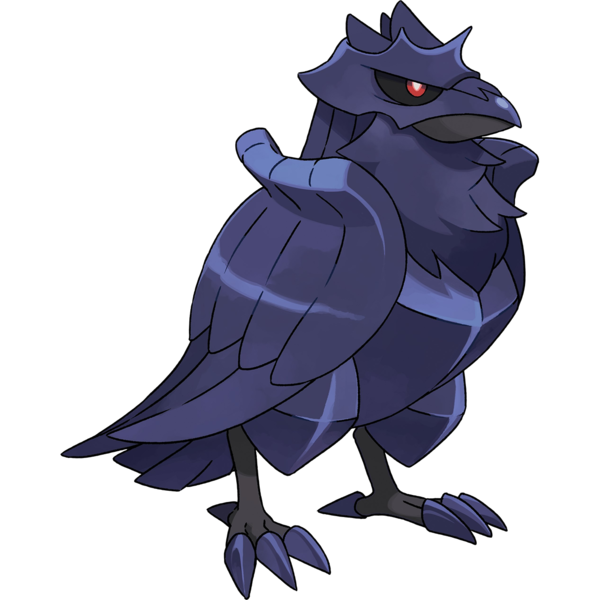 The final stage, Corviknight, would come as a real surprise if it hadn't been one of the first Pokemon previewed by the game's advertising campaign, and while I'm not a "bird pokemon" person, this flying/steel "black knight" looking raven is in fact one of the best designs of the generation and an all-around excellent looking Pokemon. It's just angular enough to evoke a suit of armor without looking completely artificial, especially in the organic, bladed edges of its visor-like face. It has basically everything you could want from a big, formidable corvid Pokemon and I've seen very few people knock any aspect of its design, perhaps because this is a refreshing case of a Pokemon without any off-color, unnecessary ornaments or markings to break up a nicely uniform palette. It's so dramatic, too, you could have convinced me that this was the region's main legendary. 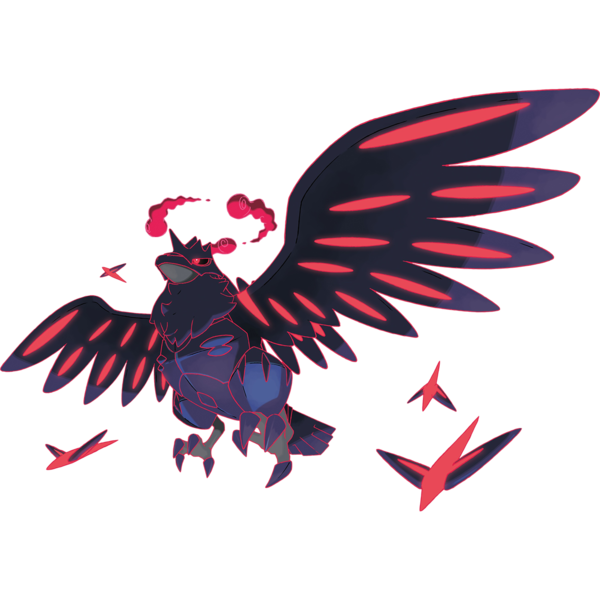 Corviknight is also the first new Galarian species we're reviewing to already come with a Gigantamax form. All three starters have Gigantamax forms arriving in a DLC pack, so I'm not reviewing those until they're actually released and we know everything about them.

Giant Corviknight changes little in design, but the glowing red elements are very nice looking, and it has special, metallic feathers called "blade birds" that can detach from its body to fly around and attack on their own. That's a really really cool concept for a bird monster! For its final stage alone, this line gets a perfect score, and its Gigantamax is just sort of a nice extension of that.