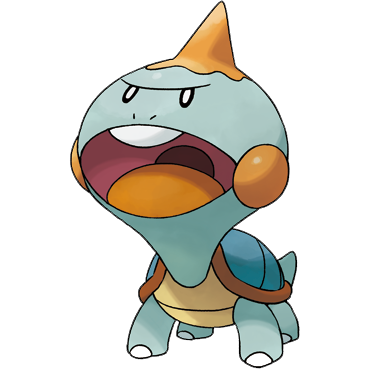 Ehhh. At least we're on a water type reptile now, but I'm not really into this thing's face. It's funny, I get what it's going for, but you know, a lot of designs this generation kind of have the feeling of "knockoff" Pokemon to me. With the buck teeth, beady eyes, unibrow and spike on its head, I could very easily see this design as Squirtle's doppelganger in some kind of bootleg game, to be honest, that everyone would giggle at and turn into an ironic meme character. I kinda like it for that, now that I think of it. 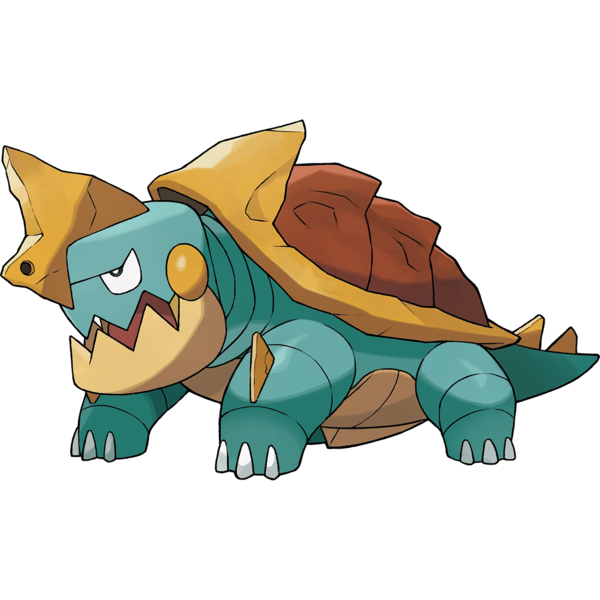 The water/rock Drednaw is an improvement, for the most part. We've finally got a rugged, pugnacious snapping turtle to go with the series river turtle, terrestrial tortoise, sea turtle and matamata, and I almost like everything about it...except the head. I WANT to like its boxy, grumpy robot face, but the rest of its features are so realistic in comparison. Even the blade jutting directly out of Drednaw's head is chipped and worn and fairly biological looking, yet the head itself is smooth, clean and plasticy, with shiny round hinges for its jaw and angular, oddly shaped eyes joined by that thin, straight line that serves no obvious purpose. Without having to totally redraw any of its anatomy, here's my VERY quick test of a Drednaw with different eyes and a more cracked face:

I'm not really sure I like this better per se, the awkward eyes it comes with do have a charm to them; it's just that they still don't really match their surroundings too well. In the end, I'm still going to give Drednaw a good score because I like what it is, but it's pretty close to just being a 3/5 for its somewhat disparate details. 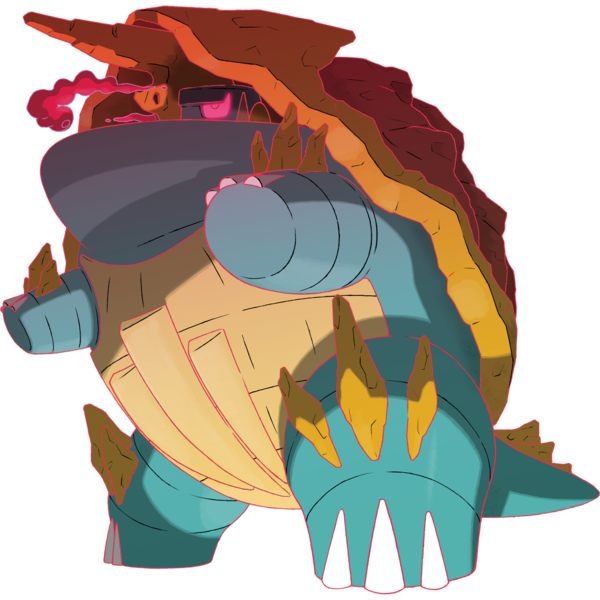 Drednaw is also another with a custom Gigantamax, and it at least slightly changes almost every detail in a way that really underlines what I was saying before about the blandness of some of the gen-one kaiju. This almost looks like an entire evolutionary stage, and that's going to be quite typical of Galarian species, to the point that I kind of wonder if some of the Gigantamaxes weren't just conceived as evolutions to begin with.

That said, this design feels like a bit of a step down in quality. I get that the big, fleshy neck is like when a turtle retracts its head, you know, a "turtleneck," but it's just too big and puffy and plain for my tastes. It looks off.