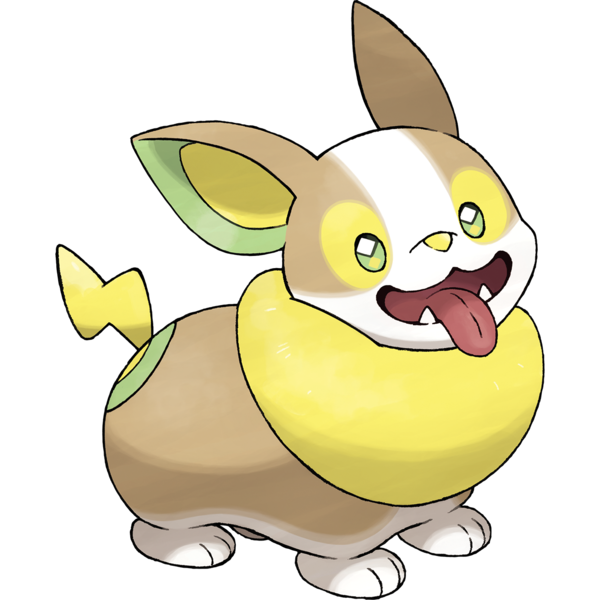 Eh, okay. A corgi I guess? At least, that's what everyone assumed it was. We all knew one of the most memed dogs would probably turn into a Pokemon one of these days. It's no surprise this electric type was pretty heavily marketed as soon as it was revealed; they really hoped this fat, goofy little dog would net them more attention, which I'm sure it did! I actually like its silly face quite a bit, even if it doesn't totally have a "pokemon" feel to it. Perhaps that's a meaningless distinction anymore, since Pokemon have now existed in just about every style you could give to a simplified anime-esque mascot critter. 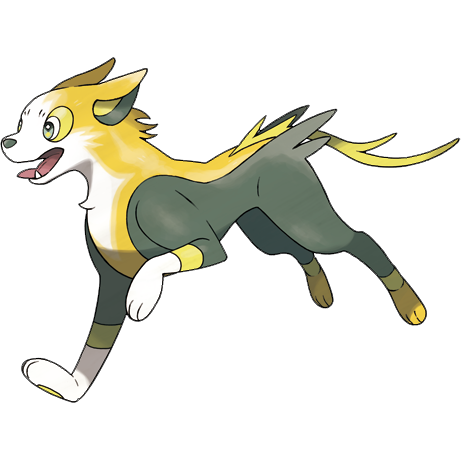 ...Which also makes it all the more confusing that the Pokemon loses its entire selling point when it evolves. Boltund does look the most like a regular large dog of any Pokemon dog I can think of, and there's nothing wrong with that, in fact, it gets the personality and facial features of a dog down better than almost any of those other canines in a way I'm sure is a lot of fun to some folks, especially if it coincidentally looks like their actual dog. It's just that I doubt anybody who wanted a corgi Pokemon ever wanted it to evolve into a regular-legged breed.

On a side note, or perhaps this will grow a little large for just a "side note," Yamper and Boltund are Galar's eighth new Pokemon family after the starters, and if you're feeling as weirdly underwhelmed as I am, let's just take a quick look at what those first eight families meant for every previous generation. We'll be skipping any that were just additions to existing lines (such as Pichu or Budew) but we'll be including all alternate forms and branched evolutions, and we'll throw the elemental monkeys from Gen 5 together because they're just concept-swaps of each other:

So, it's not just me, is it? Surely I'm not alone in noticing that Galar's early dex offerings here are significantly less diverse and surprising than those of any other generation? While they're all generally "competent" to "good" on their own merits, they're also all taxonomic groups we've seen before, but in several cases they're more normal versions of them. We already had an electric sheep Pokemon and a sheep pokemon that was also a cotton plant...were people clamoring for another, regular cotton plant and another, regular sheep? I don't think Pokemon should "have" to have a straightforward version of any given organism just for the sake of having one.

Even the basic mammal has always been some significantly new kind of rodent or rodent-size woodland critter, but a squirrel is a squirrel, and we already have both Pachirisu and Emolga to cover that.

This trend of "playing it safe" is, unfortunately, an issue for me throughout the Galar dex, as we'll be exploring further, though that's not to say it doesn't have a few surprises I'm excited to talk about.