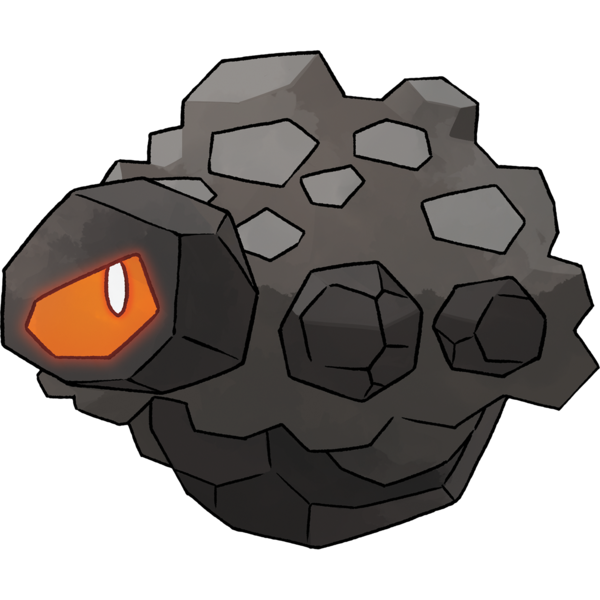 This one...is going to hurt. Not AS much for me, as someone who doesn't generally get that into "elemental creatures" based on rock and fire and that kind of stuff, but it still stings my soul creatively, and it was heartbreaking to see some of the rest of you fall head over heels for this one before its evolutions were revealed.

Rolycoly is a Pokemon based on burning coal. Instead of being both rock and fire type (a mistake poor Magcargo likely wouldn't wish on their worst enemies), it's a pure rock type with multiple abilities that interact with fire, including the new "Steam Engine," which maximizes its speed stat if it's hit by either a fire or water type move!

More importantly, this design is awesome. It's a simple, chunky ball of coal, but it joins the exclusive club of Pokemon with only a single eye, a lovably grumpy one that glows red to indicate its burning interior. It is also the first-ever wheeled Pokemon, using a single coal to roll around like a unicycle! It's SUCH a fun idea and design for a rock type, and as soon as it is was revealed, the fandom went wild trying to guess what it might evolve into. An entire train or at least tank engine seemed like a given, hopefully with that same single, ominous eye, though others speculated a motorcycle-like stage or an automobile. If you asked me to come up with an option that wasn't a vehicle, I'd have maybe done a chunky coal miner "robot" with wheels for legs and pickaxe arms, its single eye doubling as the lamp on its "helmet." In any case, everyone was fairly positive that it would continue to look like some sort of machine with glowing ember eyes and natural wheels. There was NO WAY it wouldn't, right? 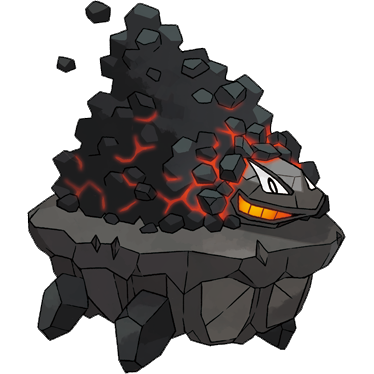 ...Oh no.......oh, no. They're kidding. They're kidding. The most immediately, obviously cool thing about this Pokemon, the CYCLOPS COAL EYE, is dropped first thing for the most ordinary Rock Pokemon face you could ever come up with? It's practically just a tweak to Golem's head! The rest of it being a mine cart is at least okay I guess, and its little legs still roll like wheels, but dropping the eye absolutely kills this line. If I've said it once, I've said it 837 times: a Pokemon should absolutely never, ever end up losing a rare, unusual characteristic when it evolves unless it truly has to for its concept to work. This creature had two things that were cool about it: the eye and the wheel. "Carkol" scraps the eye and begins to scrap the wheels, and that's just plain unforgivable.

The only thing worse would be if its final stage was nothing but some kind of walking biped, like just your typical rock monster guy with some coals added onto it, or something. If they were to subsequently give that a Gigantamax form, I'd at least hope that it got the wheels back, right? Or took on some of the train theme people were hoping for. 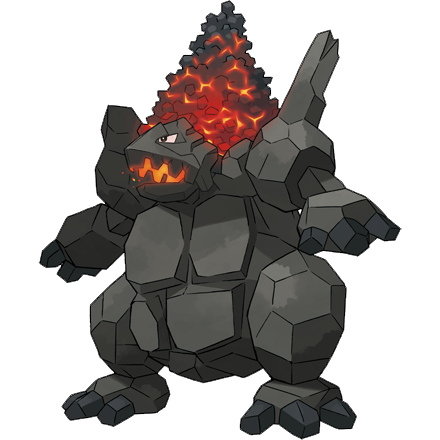 And yes, they gave this one a gigantamax, indicating it was possibly one of their favorites or one they felt was particularly marketable. If I hadn't seen Rolycoly, this might have earned an inoffensive 3/5 because it has been a while since we've just gotten a "rock monster," but it still feels more like a regional Golem rehash, which is absolutely a waste of this evolution line's potential.

I have to say though, I genuinely do feel bad that I'm not feeling this generation's Pokemon thus far. I really want to, and I hate for my views to even "accidentally" align with a lot of other fans that, truth be told, I do think are just jumping on a bandwagon sometimes. Literally every generation since the first has had a brigade of naysayers. I just can't help my personal tastes! I still respect the people who love every Pokemon I've ever negatively reviewed, and I respect the artists who cared about designing them for their own reasons. Plenty of people have hated some of my own creature designs, or some of the ways I've touched them up or rebooted them over the years, but that's still feedback I sometimes value too.