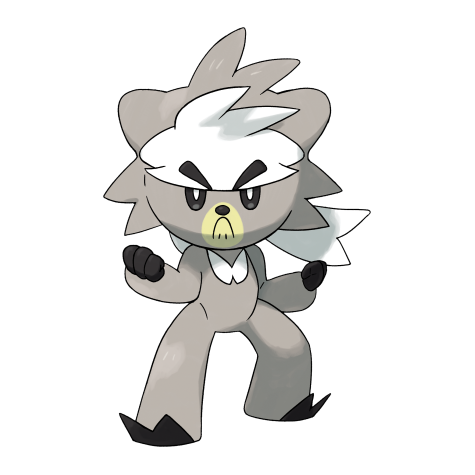 Hrm. No, no, sorry guys, really not a fan of this thing. It's just a fighting type bear that looks only sort of like a bear, and for a Pokemon or a design in general it feels fairly forgettable to me. It's also considered a legendary Pokemon, but it can evolve. I guess they already broke that barrier with the box legends of Sun and Moon, but I sorta thought that was a unique twist. As a design, this doesn't feel all that special enough, to me, to be one of the only other evolving legendaries this far.

As a concept, though, I suppose I get it? The idea of this Pokemon is that it trains to become a hardcore martial arts master by ascending one of two battle towers, which is an entire segment of the expanded game. You take your little bear thing to the very top until it can read one of two scrolls, and then it evolves into one of two possible forms of the Pokemon Urshifu. 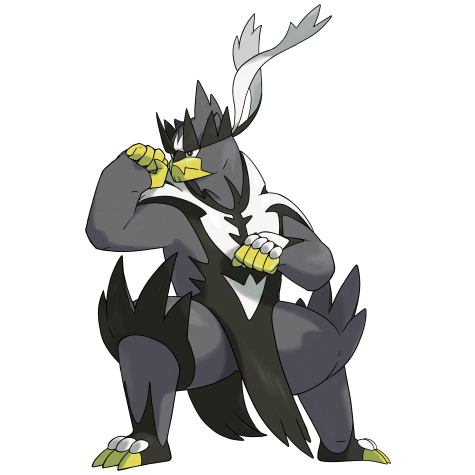 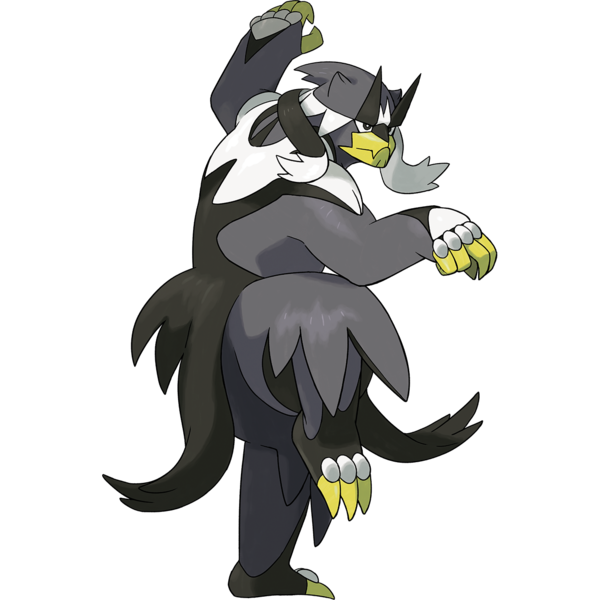 We already had a dark/fighting bear, however, and it was an amusingly brutal mobster-like giant panda. The existence of another dark/fighting bear, and one played SO straight, only feels kind of redundant to me and even cheapens the uniqueness of the Pangoro line. Further, neither of these two forms communicate their unique typing in any visual way, differing only in their fighting stance and their hairstyle. They would be acceptable bear creatures as normal, early-game Pokemon, but I would have still found them a tad forgettable even by those standards. 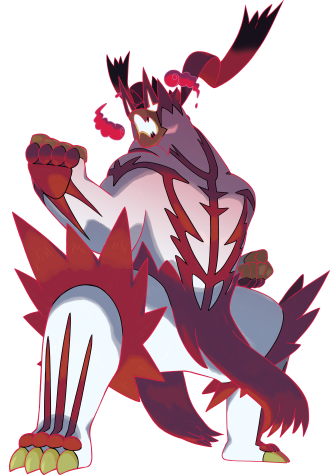 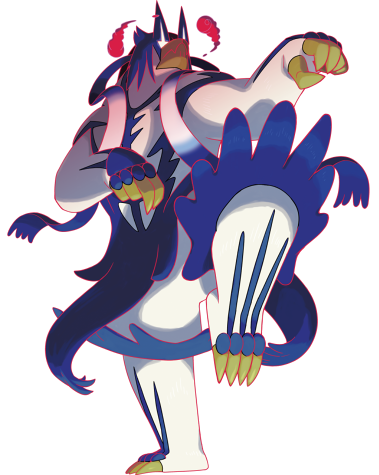 The visual issue is rectified a little by Urshifu's two possible Gigantamax forms; the sharp red fur of its Single Strike Gigantamax certainly has a "dark type" feel, and the blue elements of the Rapid Strike counterpart evoke streams and splashes of water. The sharply raised, pure white eyes of both are also fairly cool, and one thing I do like about both normal and gigantical Urshifu are the chest markings shaped almost like bones, or bony armor. I guess these aren't bad Pokemon overall, but they still don't feel like anything wildly new.