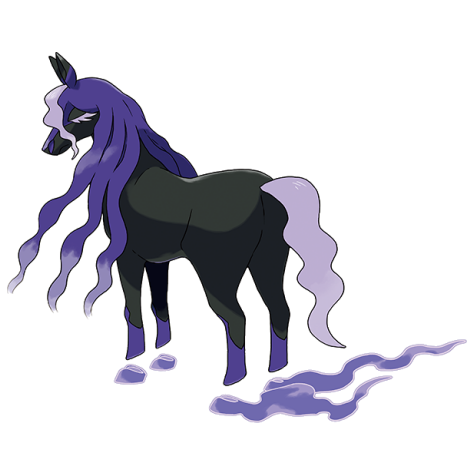 Glastrier may be ice type, but its counterpart is the cooler of the two by way of being a ghost type and essentially a literal "nightmare," stealing the life energy of sleeping victims as it runs through the night. Its ghostliness is emphasized by both its long, flowing hair and its unusual feet, its legs stopping short several inches above its ethereal hooves. A unique design twist! Its perpetually closed eyes also make for an interesting look, and it's actually said to almost never open them, navigating with all senses except for its sight.

Unfortunately, there's something about this design, like Glastrier, that overall feels very unpolished, very lacking in personality. It doesn't look to me like someone had a lot of fun designing it, but just went through the motions of taking a horse, doing a couple weird anime things to it and calling it a Pokemon. 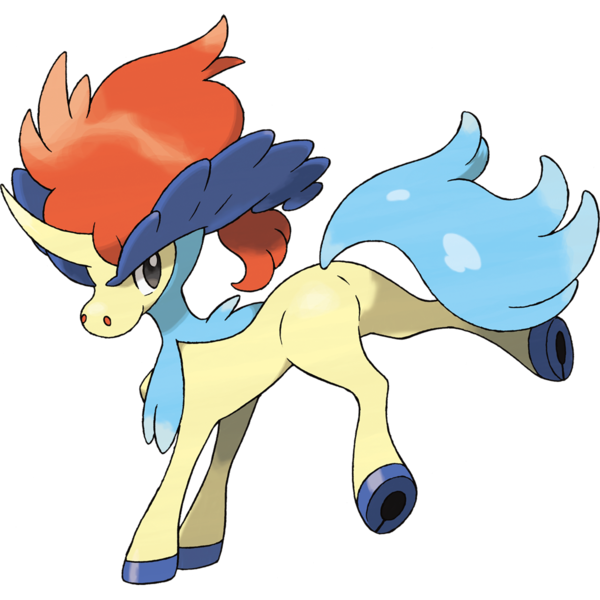 In fact, when I reviewed an older legendary equine, Keldeo, I gave it only a brief write-up and three out of five stars, and now I have completely changed my mind; look at how lively and fun Keldeo looks in comparison! I can look at Keldeo and feel unsurprised that it's a legendary. Perhaps if it had an evolution, it would take on more normal horse-like proportions, but to venture outside Pokemon a second... 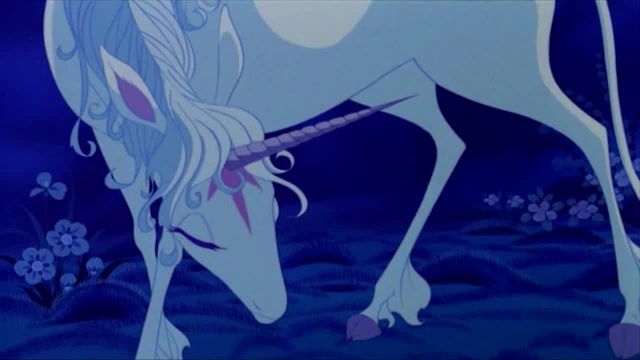 The Unicorn from The Last Unicorn is a straightforward and "serious" equine design, deviating little from an actual animal, yet almost any given frame of her feels somehow magical and unreal. It takes as little as her thinner, more fragile looking silhouette for her to feel more distinct from just some pony with a horn and a different tail. Just stretching out Spectrier's anatomy, and conversely, beefing up Glastrier might have gone a LONG way towards more striking designs, but as it stands, they've now been out for a while and I've yet to see them generate all that much excitement.

Even among those horse-loving Pokeymasters, reactions to Glastrier and Spectrier seem to skew mostly towards "neat! Another horse!"