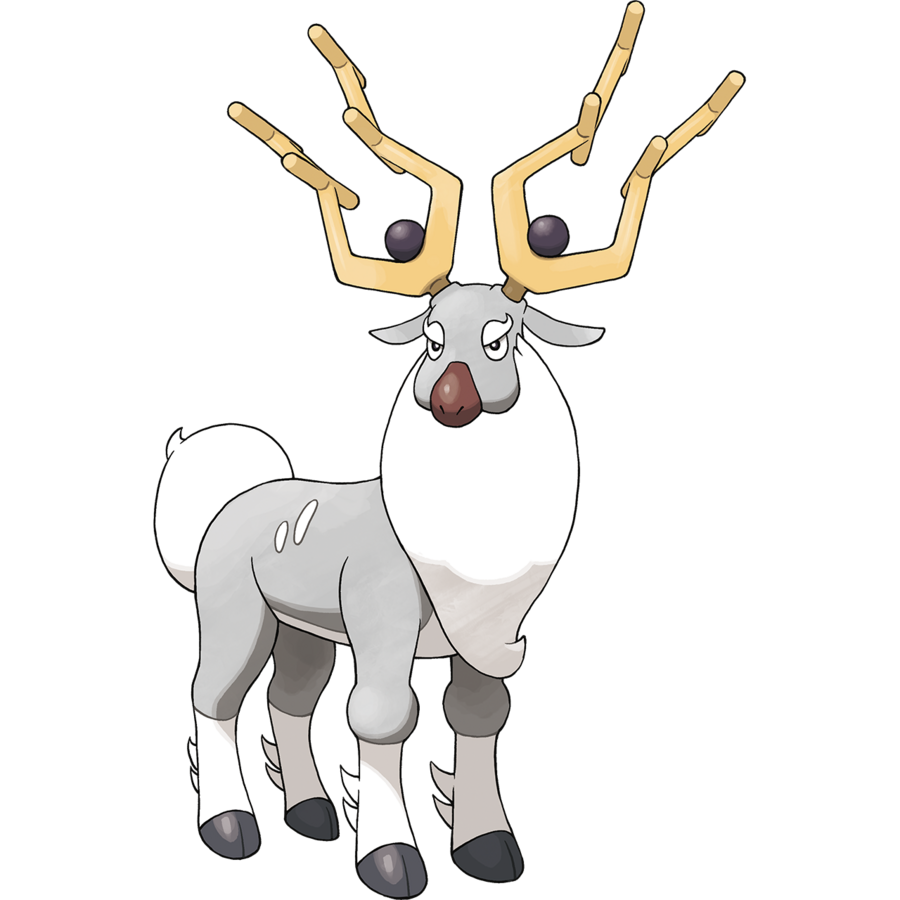 We're now reviewing Pokemon that qualify as entirely new species, and therefore newer in the Pokedex than the Hisuian forms! Wyrdeer is Pokemon #899, and it's a long, long overdue evolution for Stantler! Stantler is one of those humble, simple Pokemon that many people forget about, but every so often you run across comments or fan art by someone who loves that Pokemon more than any other in the game, and it's just so sweet and charming to behold. I hope there's a lot of Stantler fans who enjoy Wyrdeer, but I also understand those who are disappointed by it; sometimes the tiniest little detail just wrecks a whole design for you, you know???

As an outsider to Stantler fandom, I like Wyrdeer. I think it preserves Stantler's overall personality while looking all the more like some kind of megafauna. It's paler, shaggier and bulkier with only modestly more elaborate horns, and the only thing I'm not sure I like is that the horns are now more angular, less natural looking. They still look like false eyes, though, and with a normal/psychic typing, the hypno-eyespot-horns finally really play into its typing! There's not much else to say, except that in-canon, it's one of the few Pokemon the people of Hisui really respect and love. They're scared to death of most pocket monsters, which they should be.