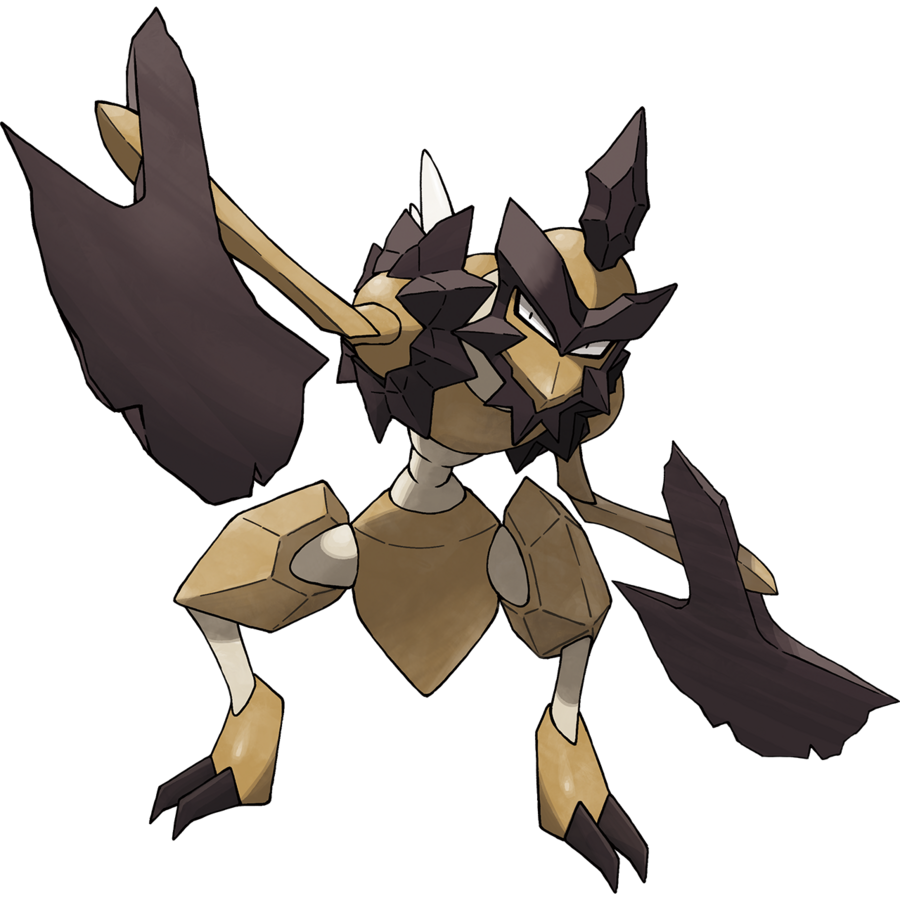 For the first time since the second generation, Legends Arceus sprung a new Scyther evolution upon us. More bugs are always welcome, and certainly more "mantids," but I've lamented before how little Scyther or Scizor look at all like their inspirations, and that's all the more true of this new bug/rock species. Kleavor is a rugged, stony insectoid with prehistoric-looking axe heads for arms, famous in its region for its brutal violence and its habit of chopping down trees.

An axe themed "mantis" is a fun enough idea, and I can see the appeal of this Pokemon to a lot of folks, but the jagged, dark stone growing like "facial hair" and a "topknot" look a little too goofy to me, and the narrow eyes of this whole line still just aren't befitting of the mantis theme, which is still done a bit better by a bug-mimicking plant. Maybe if the lower spiky "beard" was more obviously part of mandible-like jaws, and the "eyebrow" spikes were longer to balance out the topknot, I would find it just a little more appealing.

Kleavor DOES look a lot cooler in profile, I think, where we can see the more pointed, less humanoid shape of its head and how long its arms are. The Scyther family isn't my thing, but for what they are, they're not bad I guess, and I actually wouldn't mind if they kept getting regional variants based on even more weaponry; right now they represent scythes, scissors and axes. What about a pummeling hammer-arm mantis? A drilling mantis? A whipping mantis? Or, maybe someday, something that really looks like a direct evolution of Scyther to please its true fans.