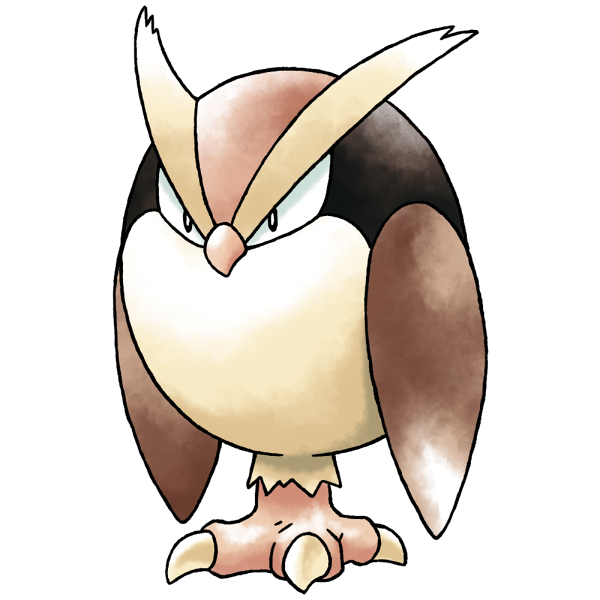 Okay, this one baffles me. Hoohoo was eventually replaced by Noctowl for all time, and as you may recall, I've always felt that the realistic Noctowl was a step down from the immediately memorable stylization of its unevolved form, Hoothoot.

I'm going to say I still find Hoothoot a little more delightful and I probably always will, but this slick and streamlined owl is just plain awesome. Minimalistic, yet distinct, like many of the series all-time greats, with an overall feel that's so much more "pokemon" than what we wound up getting. I'm still not outright knocking Noctowl, it's a fine pokemon if you like quasi-realistic owls, but you could easily mistake it for an owl from just about any stylized game series, whereas the prototypical version has a look to it that instantly says "Pokemon-like" by the standards of these first two generations. It's clearly an owl from the same ecosystem as things like Pidgey and Fearow.