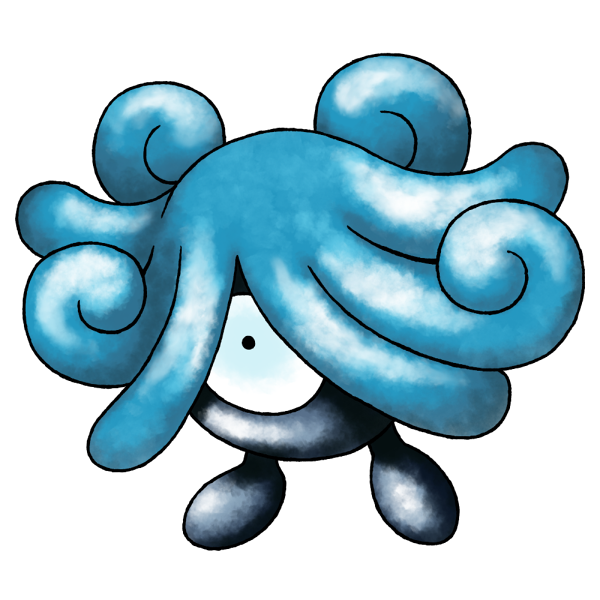 Now THIS is a tragic loss. There's nothing I don't love to pieces about Tangela, as you should know, but I like it even more as a little baby nub with a moppy head of "hair" and only one exposed eye. Does it possibly HAVE only one eye? Hard to say, though it's certainly positioned right in the center. 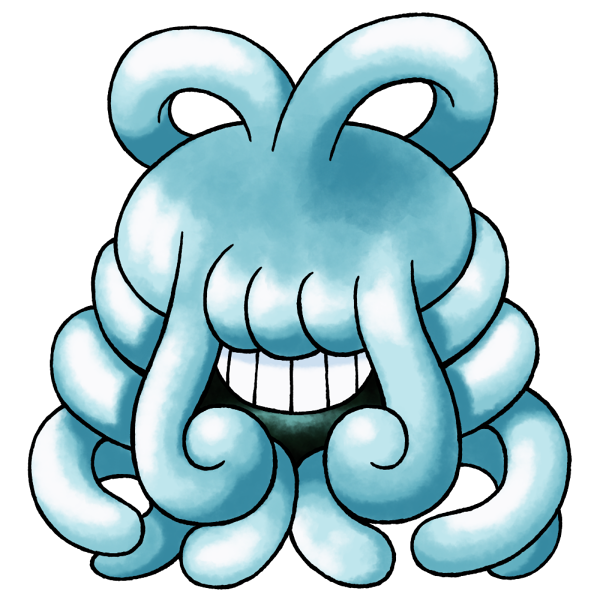 We then have Jaranra, an unused evolution of Tangela, which has a lot of people calling it a "beta Tangrowth," but Tangrowth is such a different Pokemon that I don't really think it actually developed into what we're seeing here. It's more like Jaranra was completely thrown out and forgotten, while Tangrowth was conceived from scratch at some much later date. In fact, if Jaranra's concept actually morphed over the years into anything else, I'd sooner suspect that Mareanie is its spiritual successor than Tangrowth, but as much as I love both Mareanie and Tangrowth, neither are remotely the same thing as what could have been. We almost had a sneaky, sinister vine-haired medusa head with cutely braided tentacles, a "bow" on its head, eyes completely hidden by its bangs (if it has any at all!) and a mischievious, toothy grin. It's as simple if not simpler than Tangela, yet it positively EXUDES personality. It's cool, it's fun, it's extremely distinctive and it could have been one of our fandom darlings for the last two decades.

Please, Gamefreak, go back to the old days of introducing new evolutions and alternate evolutions. Let Tangela evolve into Tangrowth or whatever you decide to name this utter cutie-pie. Tangrin?