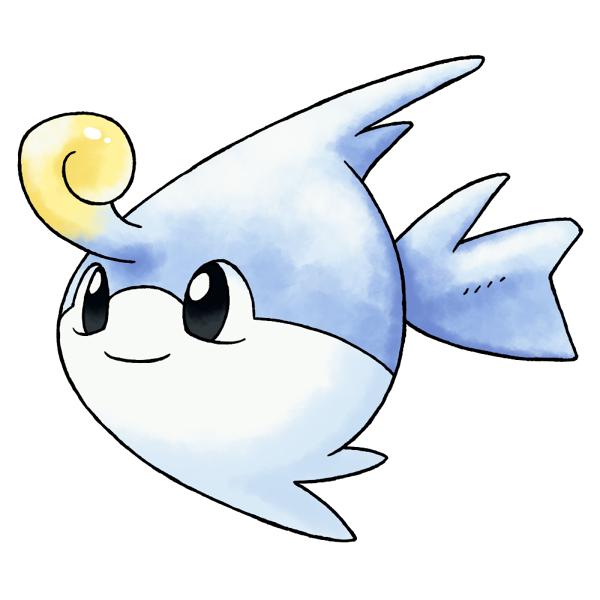 Up to now, with perhaps the exception of that Tangela evolution, I can't say I've been too broken up about any of these losses...but today is gonna hurt, despite the fact that it begins with a pretty underwhelming little water type. This thing, bizarrely coded with the name "Manbo 1", is apparently supposed to represent an ocean sunfish, or Mola-mola. I'm glad we eventually wound up with the more interesting Alomomola instead, because this doesn't look all that much like its inspiration, but it's a little interesting how spherical it is, actually almost like a fishing float or a buoy, which is going to be kind of significant in just a moment... 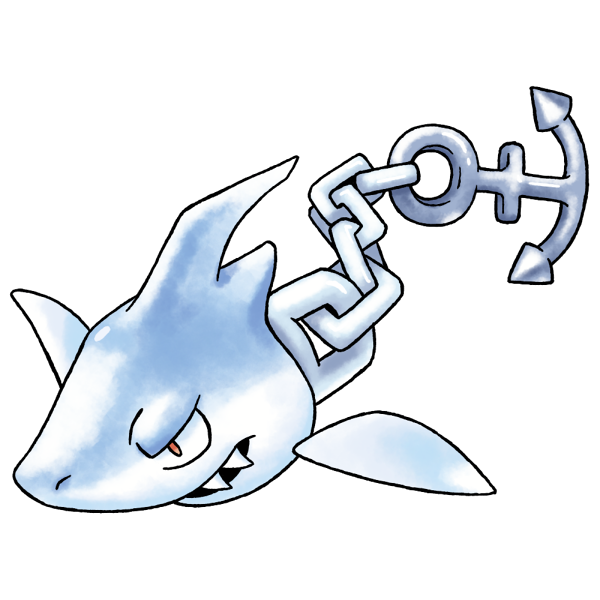 At level 19, Manbo-1 surprisingly evolves into Ikari, the front half of a shark with an entire anchor trailing behind. It's obviously water/steel, and perhaps it was reworked over time into the water/dark Sharpedo, but I have to say I like this a lot more. It's got a simpler, more realistic shark element, and the visual of a shark just sort of "cut off" into an anchor is way too fun.

Another of those pokemon with a drastic evolutionary shift, too; from a peaceful, innocent little fishball to a fearsome hunter...and that's still not the end of it, because at level 38, the anchor shark evolves into...... 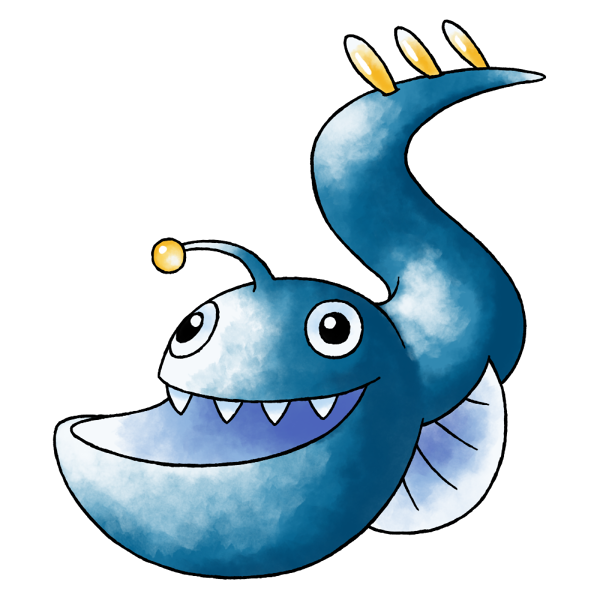 You're telling me that EXACTLY the deep sea fish pokemon I've wanted for twenty some years was already almost programmed into Gold and Silver?! That what we got instead was the unbelievably bland LANTURN!!? One can argue that this Pokemon, whose name is just "GUROTESU" (GROTESQUE!!!) by the way, was eventually split into Huntail and Gorebyss, but even those two cuties PALE in comparison to this design, which so elegantly combines everything appealing about both an anglerfish and a pelican eel with precisely the kind of glassy-eyed, rounded cartoon-tadpole face I just love to death wherever it crops up. Even the evolutionary progression here is an amazing concept. We start with a fish that dwells near the surface of the ocean, evolve into a deep-water shark, and finally sink down to the abyss! Real sunfish, sharks and gulper eels may not have evolved from one another, but in pokemon form, they represent the evolutionary progression of a creature descending ever deeper into the ocean!

I don't usually say this, but whomever is responsible for this decision can just dang ol' piss off here. Yeah! You heard me! I said PISS at a video game, and I'd even do it again!