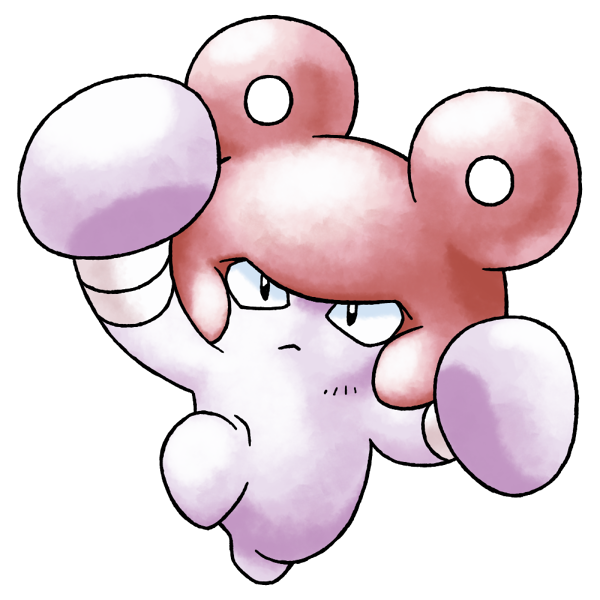 Before Tyrogue, there was "Gong," and I can see why they went with Tyrogue instead, which looks a lot more like it's related to the Hitmons, but this little boxer with its weird little "helmet" has a fun personality all its own. It really looks like a little kid hell-bent on training itself up into a fighter. 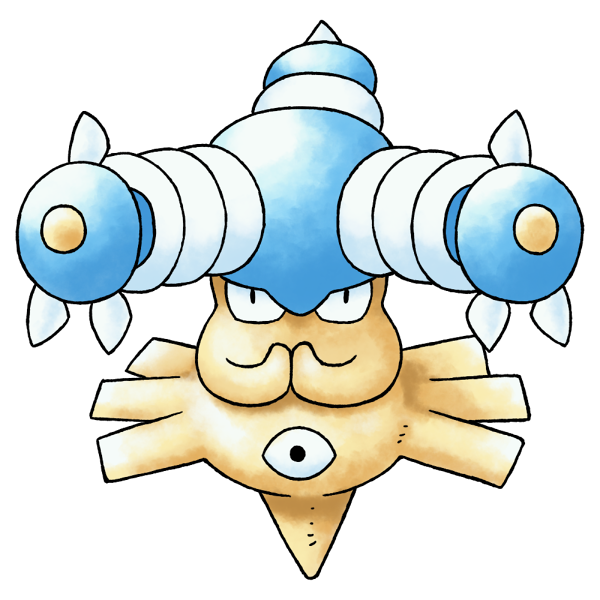 Then we've got WHAT?? HUH??! Hitmontop was almost THIS outrageous!? This looks more like someone designed the current Hitmontop first, and then whoever designed the sprite just completely misunderstood the anatomy and came out with this. We REALLY need to look at them both here: In comparison, beta Hitmontop had only short, nub-like arms, three spring-like legs, a single cyclops eye with NO other facial features, and an additional set of glaring eyes in its "chest," so that it would show off a different face depending on its orientation! God, they really were just playing it safe with Gen II! Nothing too surreal or potentially frightening, and very little straying from conventional animals and humanoids. Perhaps the final Hitmontop is arguably "more marketable," but the beta version had a monstrous weirdness more in line with related Hitmonlee, and it isn't like they ever did that much marketing around Hitmontop anyway. I'm sure the spinning, cycloptic tripod would have found its own little fandom in no time.

Even if you don't like newer Pokemon such as the megas or the ultrabeasts, you have to appreciate the fact that modern Gamefreak is willing to take more experimental risks than the same Gamefreak that apparently thought that this, or even a helmeted octopus-tank, was apparently getting too out-there.