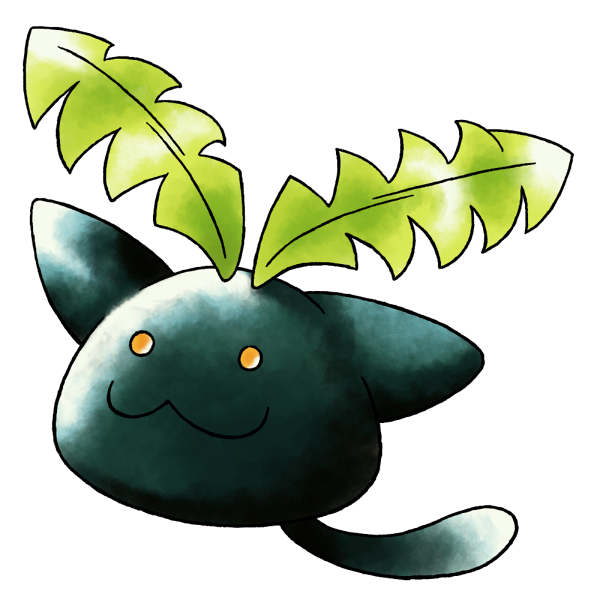 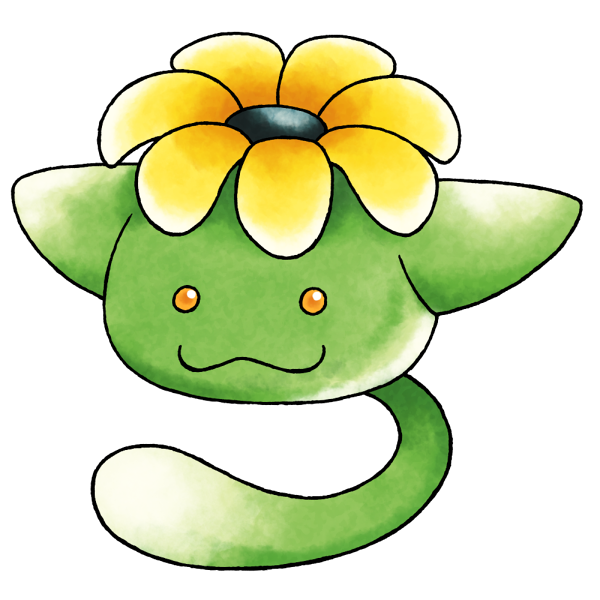 Poponeko is about what you expect, basically Skiploom with a tail instead of limbs, like its predecessor. The green really isn't as cool as the black, though, nor is the head-flower as cool as the weedy helicopter blades, so, the same way I already feel about Skiploom. 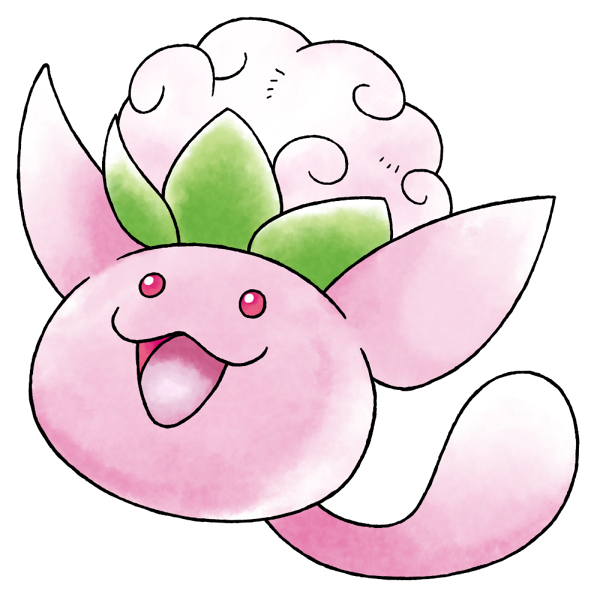 I'm torn on this final stage, because I like the simplicity of Jumpluff just being a simple ball with poofs of fuzz, but I think Wataneko here is slightly nicer looking as a design overall, and I still like the idea of botanical, airborne cat heads. That's just wacky! Perfectly Pokemon-wacky!