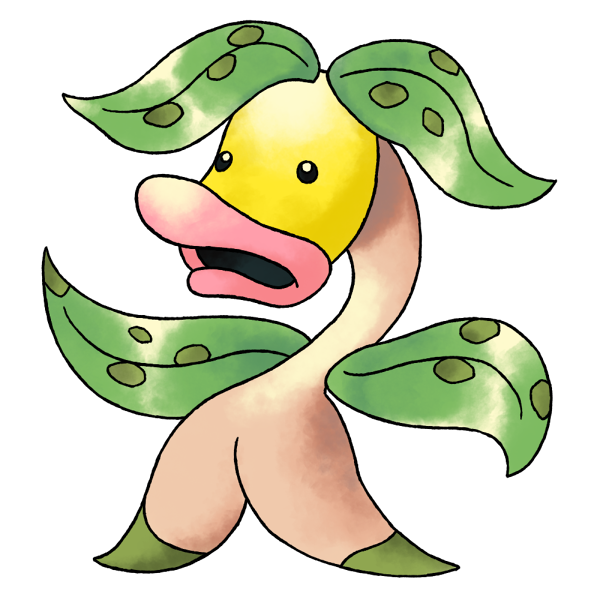 DADGUMMIT, another one to be sore about! As soon as Bellossom was previewed back in the day, I was certain Weepinbell would get an alternate evolution of its own, and now I know it was almost going to, and it was even going to evolve with an item called the "poison stone," so we can assume this walking plant was even more toxic than the rest of its family! What's interesting to me is how it just resembles an especially large Bellsprout, and I'm really wondering what its concept might have been. For those who loves Bellsprout more than either of its evolutions, this pokemon might have been a dream come true, unless you're not a fan of its significantly sadder expression. Personally, I very much am.

As some of you may recall, the Johto region actually featured a "Sprout Tower" where monks speciaized primarily in training Bellsprout, and it was even rumored that the tower itself was built around a Bellsprout who achieved titanic size. It was an optional dungeon so peculiar and seemingly so unimportant that many forget it ever existed at all, but I have no doubt it was meant to be precisely where you would have received your Poison Stone, to make your very own super-sized sprout.