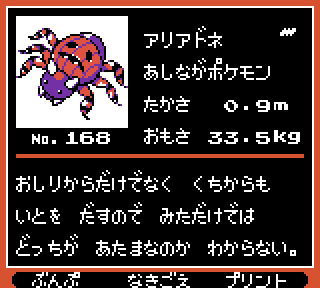 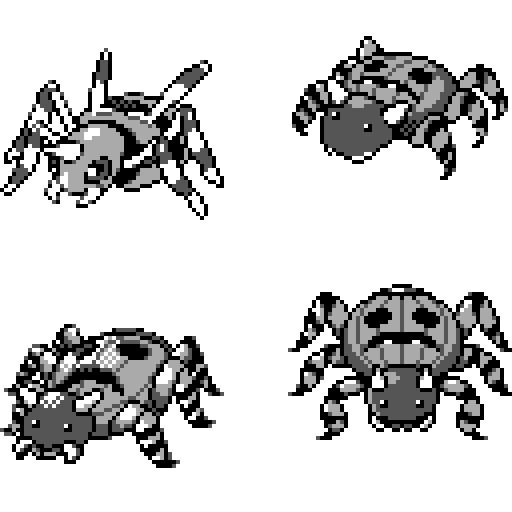 In our first round of beta designs, we saw an Ariados whose abdomen was a sort of cackling "demon face," and that was pretty cool, but at some point, it also went through a period of having a pumpkin for an abdomen, which means we almost received one of the most Halloween possible mons more than a decade before Pumpkaboo. If we could have only had one, I'm actually glad it wound up being Pumpkaboo and Gourgeist, but this still feels like a fairly sad loss. I really like the sad grimace of the pumpkin head contrasted with the adorable beady eyes of its spider head! The Ariados we wound up with is pretty cool and iconic, but I always kind of liked the overall shape and feel of Spinarak a lot more, and this one would have been pretty much just an even cuter, even spookier Spinarak.

I like how the early, greyscale sprites here had somewhat larger pumpkin features, and they they were shaded like actual holes in a hollow object, though there's certainly something to be said of the colored sprite's little "teeth."