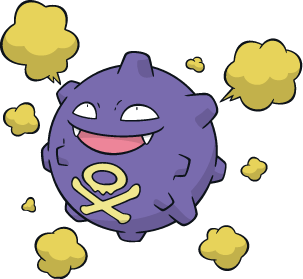 We're interrupting the regular pokemon reviews once more for a side feature. I know the last one, theme teams, didn't pan out like I promised - I just sort of wound up with very little to talk about on the subject - but with a new pokemon generation now on its way, there's a certain pressing topic you can't really avoid:

This idea that pokemon is ever going to "run low on ideas."

Heck, some people, who probably hate everything fun, accuse the series of already stretching desperately for new designs. Others are simply concerned that if it hasn't happened yet, it's an unavoidable eventuality. I've challenged this before with the now slightly dated 100 Creatures Begging to be Pokemon, but today, I do something a bit different. 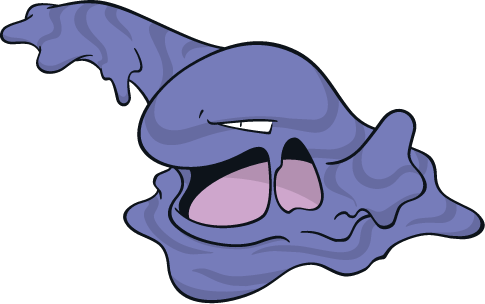 Pondering whether the conceptual well had really even begun to run dry, I got to thinking about my personal favorite pokemon type, Poison, and the thought struck me to consider just how many unused concepts only one pokemon type might have.

I apologize that I don't have time to provide a lot of images or visual aid here - that this is just a glorified text post - but in about one evening, I sat down and came up with 151 raw, simple ideas just for new poison-type pokemon, at least eight for every possible type combination, pretty much just to see if I could.

I'm sure a lot of Fakemon artists have hit on some of the following concepts over the years, but I avoided any that I've personally seen before. I'm sure a lot of these ideas are weaker than others, too, but that's beside the point. No, the real point here is that if one nerd can come up with a whole generation's worth of proposals for only one type...I'm pretty sure you can trust Gamefreak to churn out fresh monsters until the sun explodes.

So, here goes nothing: 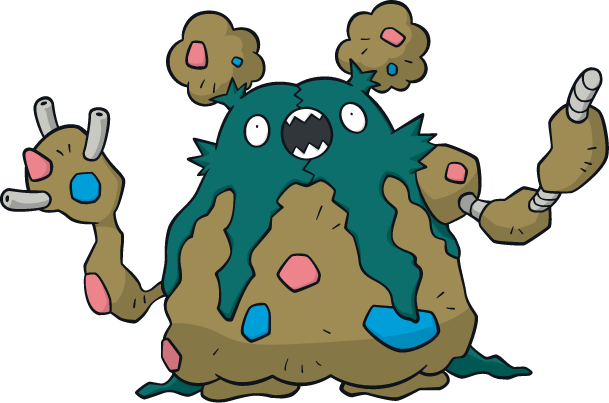 POISON/PSYCHIC
- glowing meteor with various tentacles. Causes mutations in other lifeforms.
- striped snake with a Cheshire Cat sort of smile, able to turn invisible.
- brainy walking cuttlefish, psychedelic hypnotic swirls flowing across its skin.
- creepy "bogeyman" pokemon, embodying and causing nightmares.
- crawling brain creature with a spinal cord like a scorpion's tail.
- medusa themed pokemon whose very gaze causes a toxic illness.
- parasitic worm you can attach to another pokemon, altering its typing and moves.
- giant snail infected by Leucochloridium, you knew that was coming, didn't you?

POISON/GROUND
- colorful earthworm dripping with acid it uses to burrow through and consume stone.
- venom-fanged giant shrew, invokes a shark swimming through the soil.
- perfectly flat camouflaged creature, stinging spines resembling grass.
- toxic take on the youkai Dorotabou; a mudman rising zombie-like from the ground.
- salamander made of translucent mucus, its skeleton visible inside.
- star-nosed mole, nose evolved into anemone-like stinging tentacles to catch prey.
- biting worm imitating a beautiful flower, the rest of it concealed underground.
- humanoid skull controlled by a colony of earthworm-like pokemon, acting as tentacles.

POISON/STEEL
- rusty car-like monster. Corrodes and eats metal, excretes smog.
- oil snail with a steel drum shell; ability changes it to fire/steel when hit by fire moves.
- flightless birdlike monster with a needle for a beak, acid in its transparent stomach.
- chainlike metal snake with massive, wide jaws, like a bear trap.
- snake made of sewer pipes with a mouth like a garbage disposal.
- predator of bug types with a head like an organic pesticide sprayer.
- mercury pokemon, has different forms roughly shaped like different animal types.
- pokemon imitating a trash can, behaving like a carnivorous plant.

POISON/GHOST
- plague doctor dodo bird. The ghosts of a whole species that succumbed to a virus.
- skeleton lounging in a pool of acid, as if it were a hot tub.
- squad of cracked, dirty teeth, cavities forming creepy faces.
- gaseous stink cloud in a ghostlike shape, emerging from a pile of trash.
- glowing green figure with a visible black skeleton, a radioactive x-ray pokemon.
- pink floating stomach with a winding digestive tract tail.
- allergy-triggering dust ghost, maybe even forms a tattered body from dirty cloth.
- mushroom mummy pokemon splotched with yellow, fuzzy mold.

POISON/BUG
- an impish little black fly. Its bite "brainwashes" prey to obey it.
- whole swarm of black fleas forming a cartoonish dog-shaped body.
- assassin bug with a giant syringe motif.
- cockroach modeled after an exterminator, with a face like a gas mask.
- antlion-like insect that generates a pool of sludge instead of a sand pit.
- dung beetle rolling the way dung beetles are wont to roll.
- giant hair-eating louse with scissor hands.
- stinkbug partially resembling an aerosol can.
- spider whose legs also form its own giant, slimy web.
- mosquito with a lady vampire motif.
- pseudoscorpion that resembles a skull and crossbones when at rest.
- cute, furry velvet ant, sort of teddy-bear-like but with an intense sting.

POISON/NORMAL
- goofy monster with gigantic, rotten teeth and terrible breath.
- pale, sickly animal perpetually suffering a contagious flu.
- "plague rat" pokemon, also sort of resembling and acting like one big flea.
- cute, harmless looking mammal, incorporates poison from the plants it eats.
- tentacled monster that "steals" poison from poison types, like a nudibranch.
- monster that wears rotting garbage on its back for protection.
- reptile with a knifelike face. Licks its own blade to arm it with venom.
- spitting monster carrying an entire grimer symbiotically in its translucent stomach. 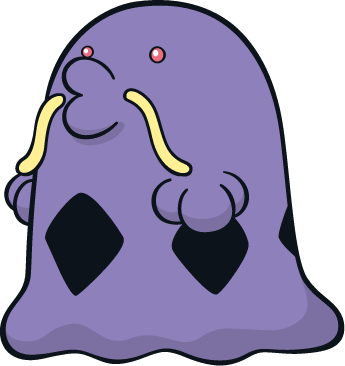 And there you have it. Enough ideas to fill one entire pokemon generation with nothing but poison types.

Could I do this for every other type? I'm not really sure. I'd be leaving poison out of them, obviously, having already presented my best guesses for such tricky combinations as poison/ice and poison/electric, so were I to keep going with this, every list would be one type shorter.

For now, I think I've made my point that pokemon concepts can flow pretty freely, and the even bigger point that I super love poison types.