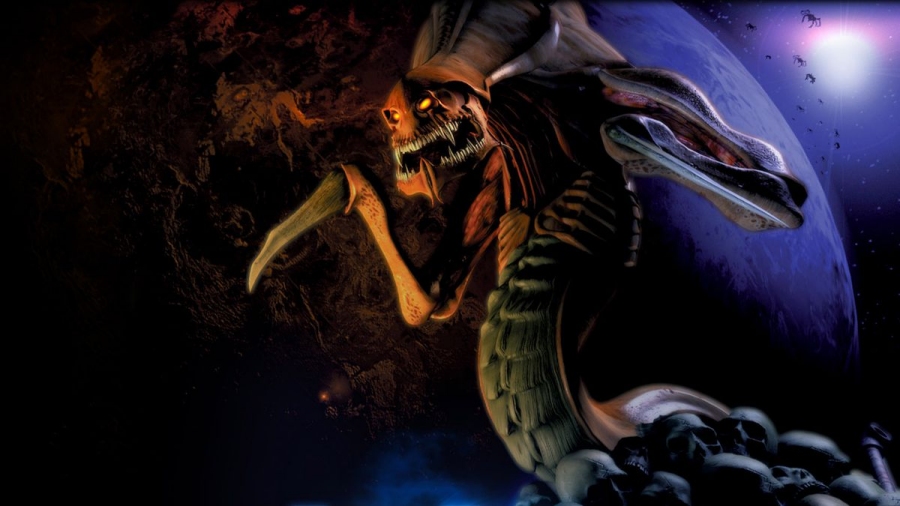 Starcraft's Zerg are a pretty expansive concept with a lot of different designs going on, so I'm going to focus this review in on their overall, basic concept. As some of you may know, the Warcraft and Starcraft games were almost going to be Warhammer games at one time, and many of the concepts therein still border on basically bootlegs of Warhammer factions. Most overt among these are probably the Zerg, amazingly similar in almost every respect to Warhammer's Tyranids; a social super-organism that assimilates the genes of other species it encounters to create new forms for its ever-expanding swarm, from sessile organisms that function as their "buildings" to giant spacefaring bio-ships. 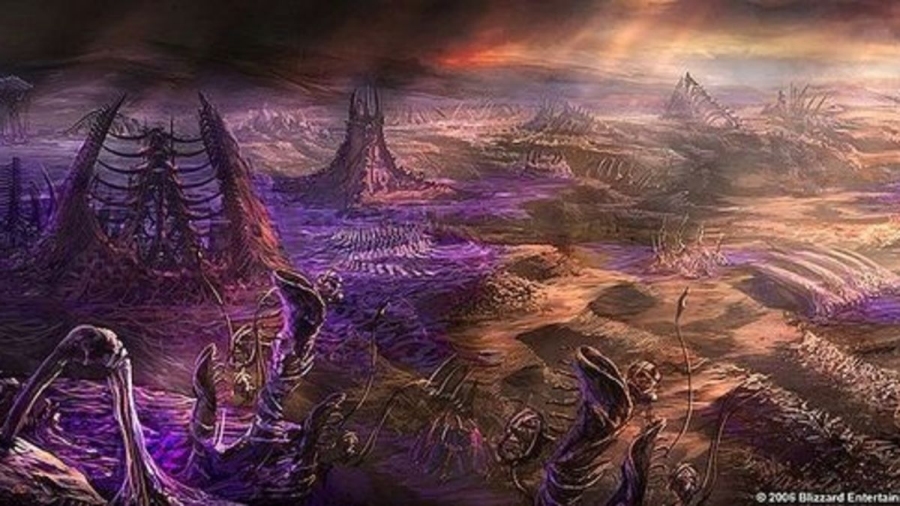 One of my favorite concepts behind the Zerg is the Zerg Creep, or just Creep, a fun and catchy name for mushy, slimy, living meat that grows like mold over Zerg territory. Zerg can even move faster over creep than over any other terrain, apparently due to cilia that allow them to "skate" across it. Since this living cellular mass connects the various Zerg buildings and developing Zerg themselves, it sort of functions as a tissue matrix linking them all together as a single huge, sprawling "body" with many specialized organs. 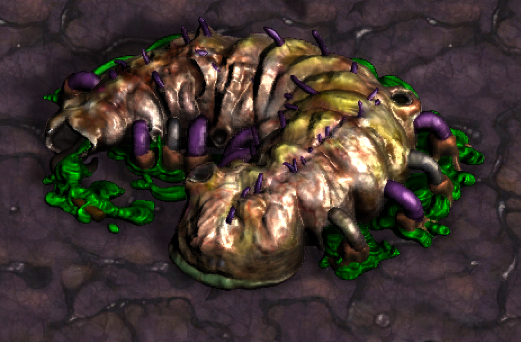 What's also neat about the Zerg is that they presumably all just evolved from a simplistic, worm-like ancestor that most closely resembles the larval stage they still take, but in the original Starcraft, Zerg swarms were controlled by beings called "Cerebrates" who were, at least according to the manual, gigantic brain-like mutations of those original worms. This was, in fact, what you as the player were supposed to be when you chose the Zerg as your army, a young upcoming punk cerebrate with everything to prove! I always loved how they were shown permanently rooted to the creep by what would have been the squiggly legs of their ancestral forms.

Sadly, the Cerebrates were similar enough to some of those Tyranid concepts that they were officially killed off to the very last and permanently retired as a concept by Starcraft II, apparently as part of some agreement with Games Workshop to cut back on at least a few of the similarities. I guess this sort of turned into a review of the Cerebrates, who I still think are cooler and more charming than the "infested" humans who would replace them as Zerg leadership. As for other Zerg units and types, I surprisingly can't think of a whole lot to say about most of their designs, but I know their animations and even sound effects add a lot more to their personality that I really ought to go over sometime in more detail.

Back in the day, though, I got REALLY into playing the original game for several days straight at my cousin's house, and even feverishly used the "campaign editor" to create my own sci-fi horror epic over the course of a single sitting, which nobody ever played, and probably didn't even work correctly, and was just a whole lot of generic Lovecraftian gibberish about the end of the universe.