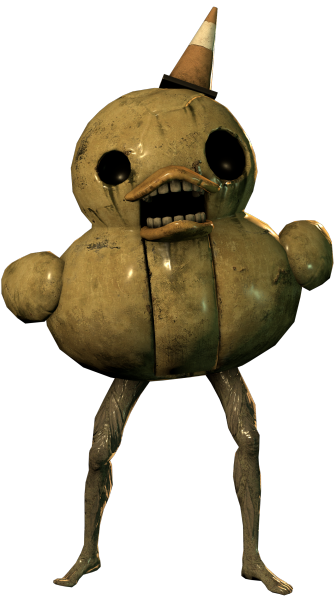 Dark Deception is a first person, virtual reality horror game I haven't paid a whole lot of attention to before, but was funded on kickstarter as far back as 2014 before some sort of "creative differences" (or something) seemingly dissolved the whole project. Pieced back together several years later, it now continues to update with new chapters and new monsters to chase the player through procedurally generated mazes - a gameplay system its own creators describe as basically a more intense Pac Man.

It was a good call for me to review this particular monster, too, because it really is my favorite design of those I've seen. It may be overplayed in the eyes of some, but I am still a sucker for comical-looking toys as monsters, and the Dread Ducky is tons of fun! Those mis-matched, black hole eyes take me straight back to the edgy goth comics of the late 90's, the traffic cone hat is hilarious and the whole thing teetering on human legs is satisfyingly grotesque. 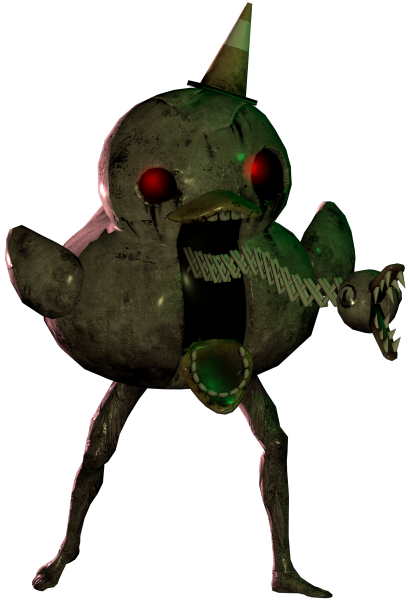 The duckies are the first enemy in the series to have a ranged attack, too, consisting of a hilarious extendable duck head the designer has admitted was inspired by the toy duck in Nightmare Before Christmas, which is a fine choice indeed, already one of my other favorite designs for any monstrous, screwed up toy duck I've ever seen. 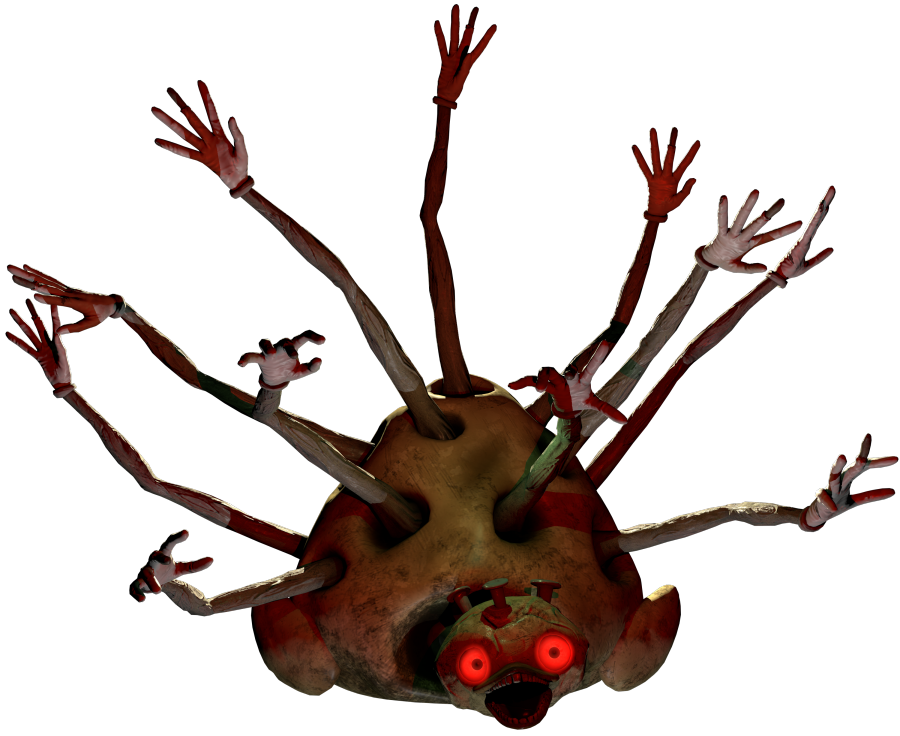 The duckies occupy a sewer level, which is perfect, and it of course leads up to a battle against the dreadfullest duckie of them all, the "DOOM DUCKY." What was I just saying about 90's goth cartoon culture??

I love this thing. It's just a bunch of horrible arms coming out of a horrible fake duck, implying some completely different living organism hiding inside of a more whimsical shell. I think the best detail however are the white gloves, giving it a twisted Looney Tunes kind of vibe. Some of this game's other enemies are a bit more generic for my tastes - sharp-toothed clowns and scary devils and whatnot - but I wholeheartedly approve of the overall aesthetic it goes for, and I think the ghastly, plastic sewer ducks, or whatever the hell is wearing the ducks, are by far its most stand-out designs thus far.